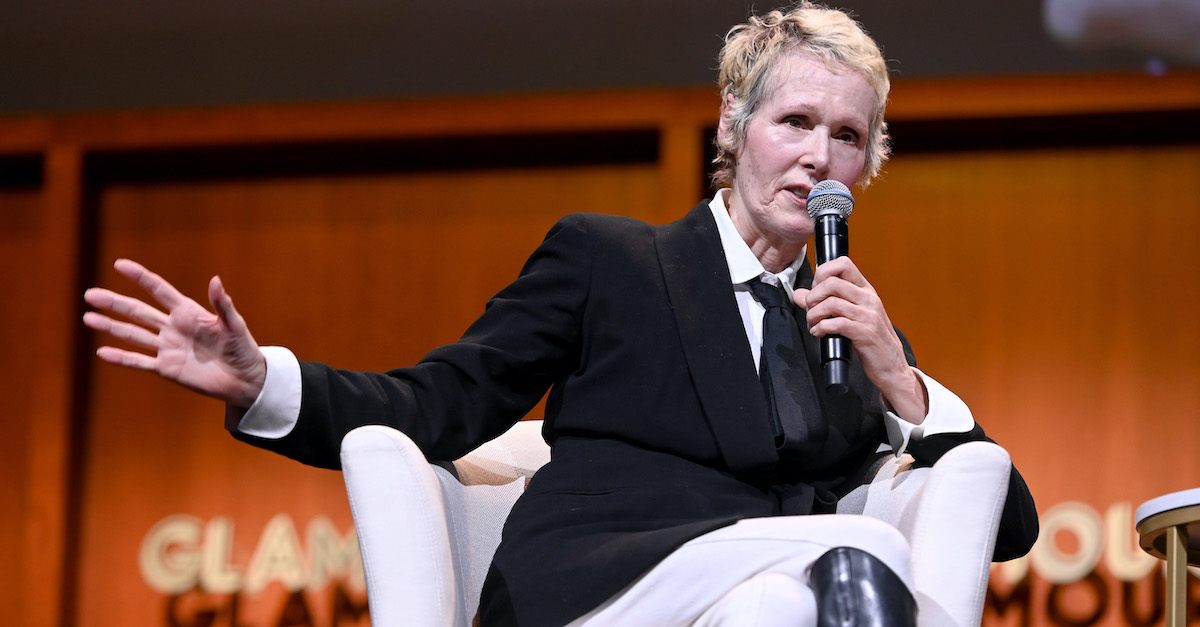 It was another unproductive round in court Wednesday between attorneys for President Donald Trump and rape accuser E. Jean Carroll. In a New York courtroom, the litigants continued their ongoing bout over discovery in Carroll’s defamation case. While Team Carroll backed down a bit, Team Trump upped the ante on ridiculous courtroom arguments.

According to Trump attorney Christine Montenegro, all discovery demands in Carroll’s case should be delayed until the state appeals court rules in the Summer Zervos matter. The Zervos defamation case focuses on the preliminary issue of whether the state court has jurisdiction over a sitting president. Trump’s hope is that the state court will give him a get-out-of-litigation card that he can use in the Carroll case as well.

In the event that he is forced to proceed in the Carroll matter, though, he’s still got some completely Trump-esque arguments up his sleeve. A few weeks ago, per normal litigation practice, Carroll requested that Trump undergo a deposition, and submit a DNA sample. Carroll is asking that the president’s DNA be compared against a dress she claims to have worn on the night she says she was raped by Trump in the 1990s.

The Zervos case likely won’t be decided until after next summer, and conveniently for POTUS, perhaps not until after the 2020 presidential election. Roberta Kaplan, a lawyer for Carroll, argued about the discovery request — perhaps drawing out a point about Trump’s lack of cooperation. Kaplan actually offered to postpone her request for Trump’s deposition and DNA until after the Zervos ruling; however, she requested that other discovery be permitted to continue in the meantime. Given that the other discovery might not require the president to give much of his time or effort, Kaplan’s request isn’t a hardball ask. And yet, Trump still refused.

Montenegro even rejected Kaplan’s modified offer, saying that if the court does not stay the entire action “the President will suffer irreparable harm.” So much for the rush to clear the name of one falsely accused.

Montenegro doubled-down on the standard Trump argument: he’s just too busy to fend off rape accusations. Due to the extreme demands of running the country, the New York court must defer to the president’s preferred schedule for discovery. Distasteful as it may seem to characterize a sexual assault-related lawsuit as a nuisance, Montenegro’s argument does have legal merit.

Based on the Supreme Court’s ruling in Clinton v. Jones, presidents are not immune from civil lawsuits, but courts are expected to accommodate the president’s schedule. However, I’m sure taking a presidential cheek-swab won’t exactly cripple national security. Furthermore, the “too busy” argument is nothing short of maddening when it comes to this president. As Carroll’s lawyer pointed out, since taking office, Trump has found time to be a plaintiff in civil litigation. It’s kind of tough to argue that you don’t have time for lawsuits when you’re the one filing them.

Kaplan argued that Trump’s libel lawsuit against The New York Times was filed just a day before Team Trump tried to get the Carroll case postponed. Since that time, the Washington Post was sued for two op-eds about Russian election interference. It should be noted that the Trump campaign is the plaintiff in these lawsuits, not Trump in his individual capacity. In any case, Kaplan called Trump’s tactics “cherry-picking” that constitute “an intolerable abuse of the process,” and I can’t envision a world in which any judge disagrees.

New York Civil Judge Verna Saunders did not issue a bench ruling on the discovery issues, nor did she indicate when she would hand down her written ruling.