Harvey Weinstein Is In Jail (for Real This Time) 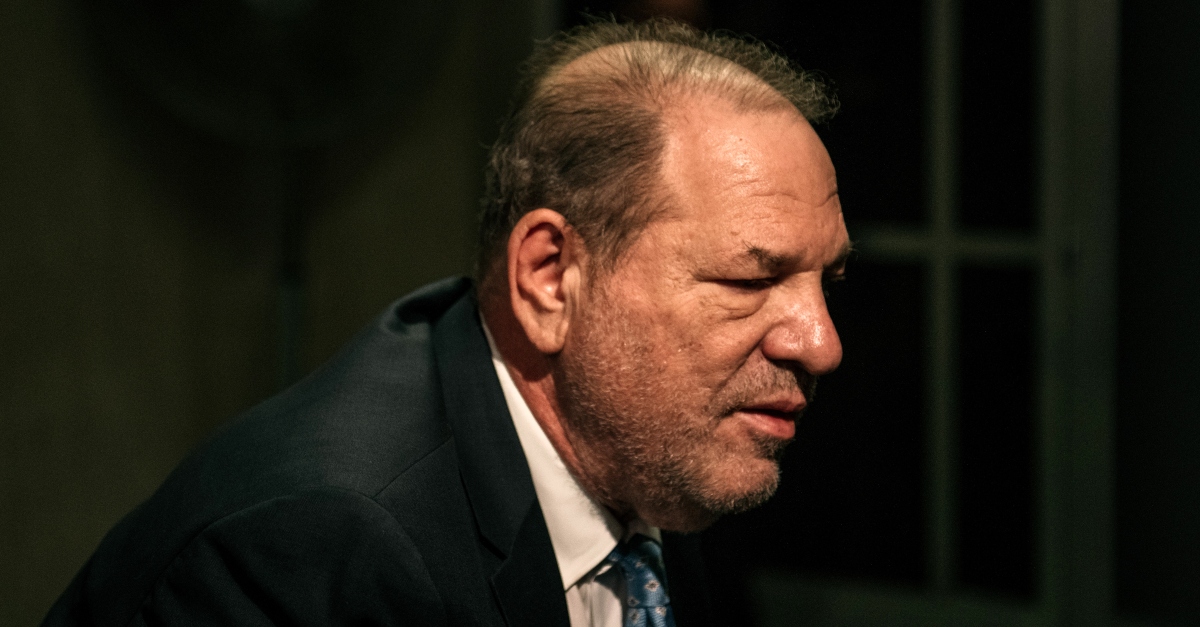 Harvey Weinstein, 67, is expected to be taken out of Bellevue Hospital and moved to Rikers Island on Thursday, spokesman Juda Engelmayer told Reuters. The defendant was in the process of being moved after 1 p.m. EST, he said. New York Department of Correction records viewed by Law&Crime show that he is at the North Infirmary Command on Rikers.

Weinstein was convicted last week in a Manhattan of rape in the third-degree against actress Jessica Mann, and criminal sexual act in the first-degree against Mimi Haleyi. He was remanded into custody for his March 11 sentencing, but was sent to Bellevue Hospital instead of Rikers after reportedly dealing with heart palpitations and high blood pressure.

Law&Crime followed up with Engelmayer on his client’s whereabouts and condition.

“He is in good spirits and trying to focus on his health,” the spokesman told Law&Crime in an email.

The disgraced producer has been a Hollywood pariah since October 2017, when dozens of women began stepping forward with claims of sexual misconduct. Prosecutors in his New York trial said he was a manipulator, and used his professional leverage and resources to terrorize and silence women. Indeed, some of his alleged victims have suggested he was faking the health issues that took him to Bellevue, or that he’s getting light treatment after conviction because of his wealth.

Weinstein’s team has said they’re going to appeal the case, and have complained about the judge multiple times. Then there’s the matter of the Los Angeles criminal case.

The defendant faces up to 29 years in prison for the New York conviction.