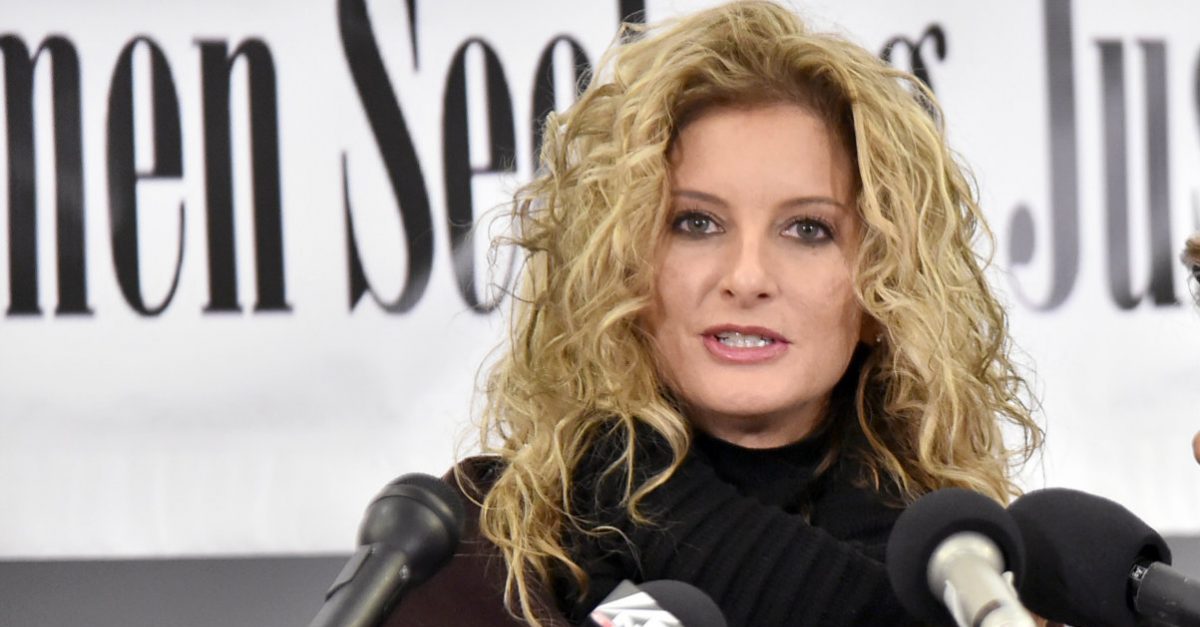 A New York State Supreme Court judge has denied President Donald Trump‘s bid for a stay in the ongoing defamation lawsuit against him filed by former Apprentice contestant Summer Zervos. The ruling sets up a potential deposition for Trump, perhaps by end of year or by end of Jan. 2020.

“[Trump] yet again sought to stay this case, and yet again was denied that emergency application this evening,” Zervos’s attorney Mariann Wang said in an email.

Trump’s attorneys had argued for “an order granting stay of the trial court proceedings pending the outcome of motion for reargument or leave to appeal” and claimed such a stay was necessary “given the novel and important Constitutional issues involved, the special considerations due the President’s request for interlocutory appeals and to prevent irreparable harm.”

The 45th president has previously moved for a stay in the same court and was previously denied that request as well.

“On May 17, 2018, this Court denied defendant’s April 2 motion for a stay pending appeal of the trial court’s order,” Trump’s attorneys note. “However, this was prior to this Court’s 3-2 split decision, the long discovery hiatus in the trial court, and the stays granted to the President in similar cases by this Court, and the United States Courts of Appeal for the Second, Fourth and D.C. Circuits.”

Zervos’s long running lawsuit accuses Trump of defamation per se after he publicly denied sexually assaulting the season five Apprentice contestant in a hotel room. Zervos claims the assault occurred at the Beverly Hills Hotel on the night of December 21, 2007.

Defamation per se is an unprotected form of speech which accuses someone of an inherently harmful falsehood–typically concerning the defamed person’s sexual behavior, suggesting they committed a crime or acted unethically as a professional, or alleging that they have contracted what courts refer to as a “loathsome disease.”

Zervos filed suit in January 2017, citing that Trump called her a liar after she went public with the allegations in October 2016.

A filing by Zervos late last month sought to cast recent discovery developments as unmitigated wins for her case.

“Despite delays, the court process has worked,” that filing notes. “During discovery, [Trump] and his company, the Trump Organization, were forced to produce documents that corroborate, in striking detail, the public account that [Zervos] gave before this case was filed regarding her interactions with [Trump].”

A series of calendar entries and Trump Organization emails confirm that Trump and his personal bodyguard flew from Las Vegas to Los Angeles and that Trump indeed stayed at the Beverly Hills Hotel on the night in question. The plaintiff’s attorneys maintain those documents corroborate their client’s account “with even more granularity and with a degree of precision that [Zervos] could not have known were she not telling the truth.”

“The documents at issue in this motion therefore provide even more irrefutable proof that [Zervos’s] detailed account of her interactions with [Trump] is accurate,” that October filing continues.

Zervos later identified several phone records which show a series of phone calls between the plaintiff and defendant just before and after the sexual assault is alleged to have taken place.

Trump has repeatedly denied the accusations and his attorneys have repeatedly attempted to have the case dismissed on the grounds that the president has immunity from such suits brought in state courts–and by arguing that his continued status as a defendant would distract from Trump’s official duties.

Judge Schecter harshly dismissed those arguments in March 2018, writing: “No one is above the law.”

“Immunities are grounded in the nature of the function performed,” she noted, “not the identity of the actor who performed it.”

Schecter avoided any rhetorical flourish in her Monday order.

“Application for interim stay is denied,” she wrote. “Expedite motion.”

[image via via Mike Coppola and Getty Images]