Does Trump’s Lawsuit Against New York Times Stand a Chance? 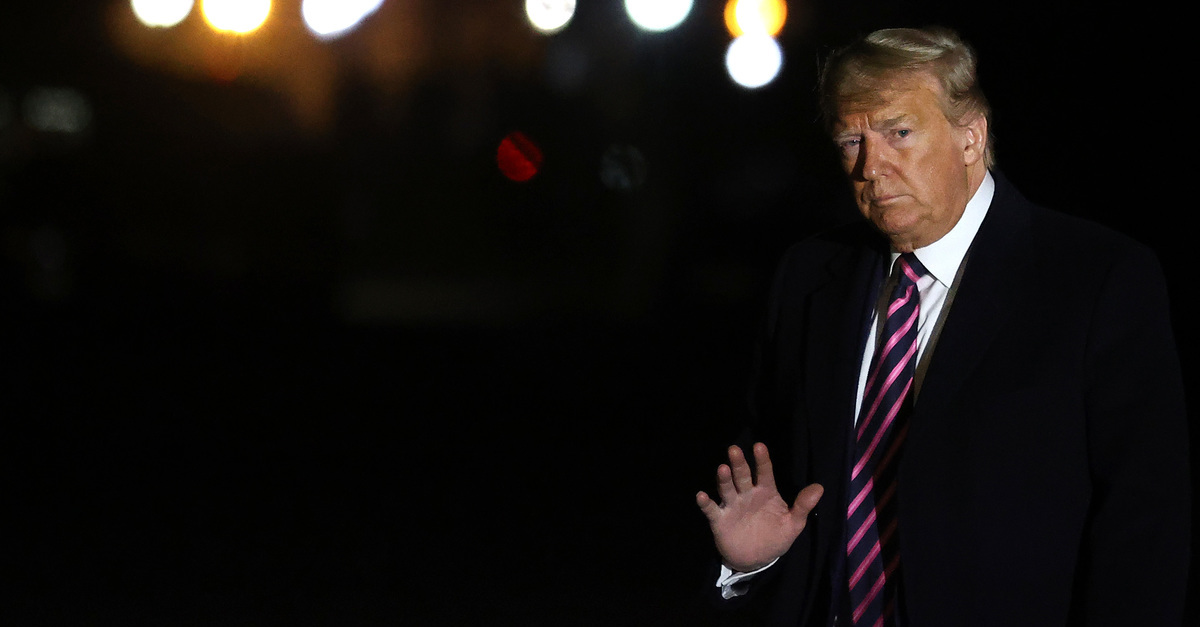 President Donald Trump’s re-election campaign filed a defamation lawsuit against The New York Times over an article from early 2019 which accused the 45th president of working with Russian Federation President Vladimir Putin during the 2016 presidential election.

The lawsuit claims the outlet “knowingly published false and defamatory statements of and concerning plaintiff Donald J. Trump for President, Inc., claiming it had an ‘overarching deal’ with ‘Vladimir Putin’s oligarchy’ to ‘help in the campaign against Hillary Clinton‘ in exchange for ‘a new pro-Russian foreign policy.'”

The lawsuit cites the following passage as particularly representative of the “false and defamatory statements” in Frankel’s op-ed:

There was no need for detailed electoral collusion between the Trump campaign and Vladimir Putin’s oligarchy because they had an overarching deal: the quid of help in the campaign against Hillary Clinton for the quo of a new pro-Russian foreign policy, starting with relief from the Obama administration’s burdensome economic sanctions. The Trumpites knew about the quid and held out the prospect of the quo.

The lawsuit goes on to take several jabs at the elite liberal media outlet—accusing the paper of “extreme bias against and animosity” against Trump’s campaign.

So, does the lawsuit stand a chance? The answer, of course, is far from easy to say with exact certainty. But legal experts say it’s not likely.

“It is, on its face, a self-described public posturing effort,” defamation law attorney Christina Hull Eikhoff said in an email. “Paragraph 3 of the complaint says its purpose is to ‘publicly establish the truth, properly inform The Times’ readers (and the rest of the world) of the true facts, and seek appropriate remedies for the harm caused by The Times’ intentional false reporting.’ The Complaint is written in a way that appears to stoke partisan ire rather than merely state the basis for a legal claim.”

The biggest obstacle for the Campaign will be the First Amendment, which extensively protects public debate on political issues–especially about public figures such as the President of the United States and his political campaign.

In New York State, defamation by libel requires: (1) a false statement; (2) published to a third party; (3) with fault that at least rises to the level of negligence; and (4) that caused the plaintiff special harm.

The threshold issue here will probably turn on whether there’s any truth to Frankel’s op-ed. And, to that point, both sides would be entitled to discovery–which, of course, would probably turn out to be quite interesting to the media and political operatives writ large. But the lawsuit would mostly hinge upon the level of fault potentially attributable to the Times and what kind of harm the Trump campaign could plausibly plead.

“This will be fun,” USC Annenberg School for Communication Professor Michael S. Overing told Law&Crime in an email–offering a prediction that the lawsuit would be dragged out a bit but ultimately end up in the Times‘ favor. “On the one hand, was Trump elected because of Russian influence? Unlikely. So, doesn’t look like truth will be a defense to the case. And, [New York State] tends to favor plaintiffs in defamation lawsuits.”

“Here, these comments that are being made…those words [in the op-ed], at first blush at least, don’t seem to be as specific as you’d want a statement of fact to be,” he said. “But all of the claims [the campaign] has about malicious motive and acting with reckless disregard for the truth are pretty good. It’s a pretty well-crafted complaint.”

“Since New York law tends to be a little bit more favorable to plaintiffs, I don’t think it’s going to get knocked out of court the first go-round,” Overing continued.

The standard of fault here, however, actually is pretty exacting–and would likely require the proof of “actual malice” as established in the landmark Supreme Court case of New York Times v. Sullivan. Briefly: a public figure like Trump’s campaign would have to prove that the New York Times acted with reckless disregard for the truth in order to be found liable. And, that will probably be a difficult issue to establish definitively one way or another.

“My take on this whole thing is this: I think the First Amendment protects the New York Times,” Overing concluded. “I think it causes the lawsuit to be dismissed. But it won’t be dismissed at first blush. It will take a summary judgment proceeding that will take at least six months or a year to determine. It will be hard for the court to evaluate the claims that these are false statements of fact because these are very specific claims. And probable enough at the pleading stage to get past the reckless disregard standard established in Sullivan. The First Amendment wins but it’s going to take some time.”

Overing also offered some final thoughts on the underlying issue:

I would like to see all of defamation law go away. I think our First Amendment is strong enough that we know an opinion article is an opinion. Sullivan created the distinction it did because a public figure had the ability to rebut the charges via TV, radio and print. In 2020, everybody has access to Twitter, a blog, or the comments section of the Washington Post or the New York Times. You’ve got the ready-made ability to rebut a statement that allegedly damages your reputation. It’s time to get rid of these lawsuits that clog up the courts.