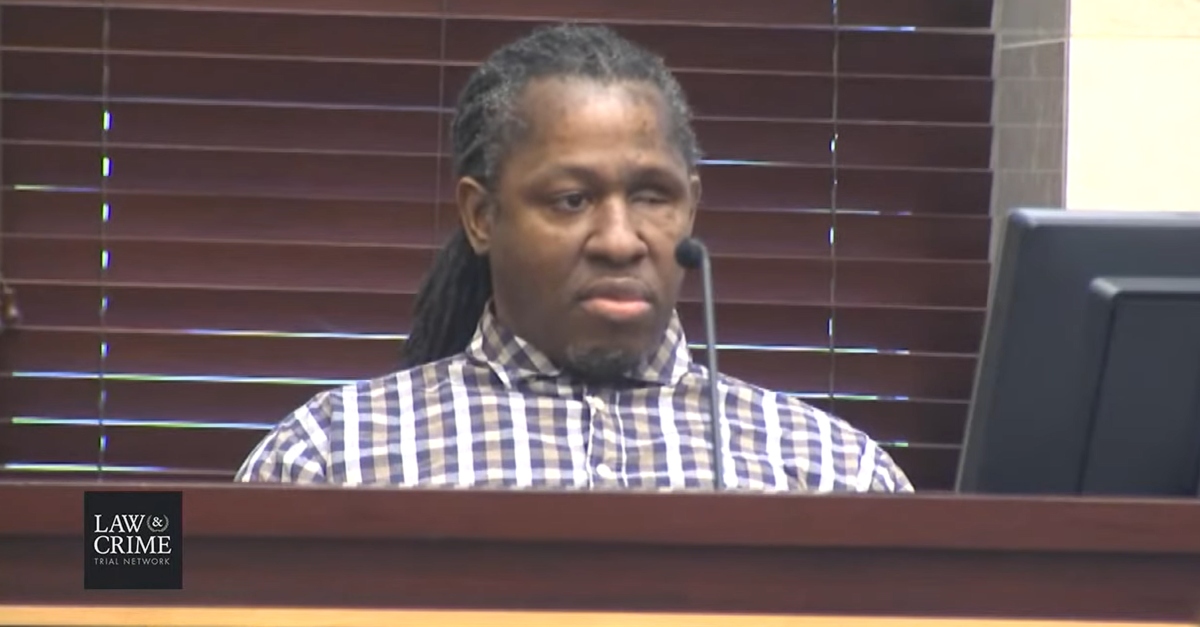 A jury convicted Markeith Demangzlo Loyd, 46, of murdering Orlando police Lt. Debra Clayton, 42. As both sides agreed, the Loyd shot and killed the lieutenant while the defendant was wanted for taking the life of his pregnant ex-girlfriend Sade Dixon, 24.

Loyd, a Black man with a rough upbringing, testified that he feared that police were out to kill him. Defense lawyer Terence Lenamon maintained that Clayton shot first in that fateful confrontation outside a Walmart in Orlando on Jan. 9, 2017. Though his client killed Clayton, it was not murder under the circumstances, he said.

#MarkeithLoyd – As he did when he testified in 2019, again Loyd goes off a little rants/tangents during testifying. He also complains a lot about his attorney though he specifcially asked for Lenamon to represent him. @LawCrimeNetwork pic.twitter.com/wHg0jffqdO

Prosecutor Ryan Williams acknowledged that the state could not prove who fired first, but he cast aside any idea that this was anything but first-degree murder. He also disputed the defense’s position that video evidence showed Clayton had her arm out to open fire. On the contrary, he asserted there is strong evidence suggesting Clayton never fired at Loyd at all, and even if she did, it was not excessive force under the circumstances.

“If you can see her arm extended in that video, more power to you,” he said. “I would submit to you it’s entirely unclear based upon the video quality that we have.”

Loyd chased the lieutenant, struck her from behind, and continued by opening fire as she was on the ground, the prosecutor said.

Loyd, Williams continued, knew he was wanted for shooting Dixon on Dec. 13, 2016, and refused to go back to prison after a final stint behind bars ended in 2014. He made it clear he was not returning and said he would rather die than live his life in a cell. He got a bulletproof vest before going to the Walmart. Loyd, said the prosecutor, knew before he saw Clayton that he was going to kill an officer he came into contact with. Clayton, who was posthumously promoted from Master Sergeant, had the goal to bring him into custody. That was Loyd’s motivation to kill.

The prosecutor acknowledged that racism existed but distinguished cases like Tamir Rice, Ahmaud Arbery, and George Floyd from this one because Loyd shot and killed Dixon and Clayton — two Black women.

#MarkeithLoyd – Medical examiner testifies Lt. Debra Clayton could have survived the first 3 bullet ones. The wound to her neck was the fatal wound. That’s the 4th round when Loyd stood over her and shot. @LawCrimeNetwork pic.twitter.com/EGeNHHk9oH

Jurors convicted Loyd of murder in the Dixon shooting in 2019. They agreed that life without parole was the proper punishment, not the death penalty, after hearing evidence that Loyd’s challenging upbringing cultivated a paranoid mindset. During testimony, Loyd insisted he was the victim in all this.

#MarkeithLoyd – Prosecutor Ridgway ends the cross-examination with this:

Ridgway: None of this is your fault?

Loyd: Of course I am

Jurors also convicted Loyd on Wednesday of other charges in connection to his time running from authorities: attempted first-degree murder with a firearm of a law enforcement officer, aggravated assault with a deadly weapon, carjacking with a firearm, and possession of a firearm by a convicted felon.

Update – Nov. 5, 6:57 p.m.: The judge postponed the penalty phase to Dec. 6 after deciding jurors can hear that Loyd lost his left eye to law enforcement during his arrest.