Police say they’ve found the body of a missing North Carolina woman. Shameka Johnston, 28, was found dead after the man charged with murdering her, Eric Buie, 42, pointed investigators toward the location of her body, say cops in town of Troy.

28-year-old Shameka Johnston, pregnant with her first child, vanished from a gas station in Troy, North Carolina on October 13, and her family is extremely worried.

Do you have any information that could help locate Shameka? #Dateline https://t.co/z5p57GmkdP pic.twitter.com/x3ljwmbtfG

Police Chief James Atkins told Law&Crime that Johnston was reported missing on Oct. 15 and that her family had not seen her since the night of the 13th. Officers tracked down video of her with two men at a BP gas station, the chief said; cops brought both of those men in for interviews.

Buie, said Atkins, piqued their interest. He was arrested on a separate case for assault with a deadly weapon and communicating threats.  Troy cops brought him in for a second interview; he then revealed the location of Johnston’s body, Atkins said. 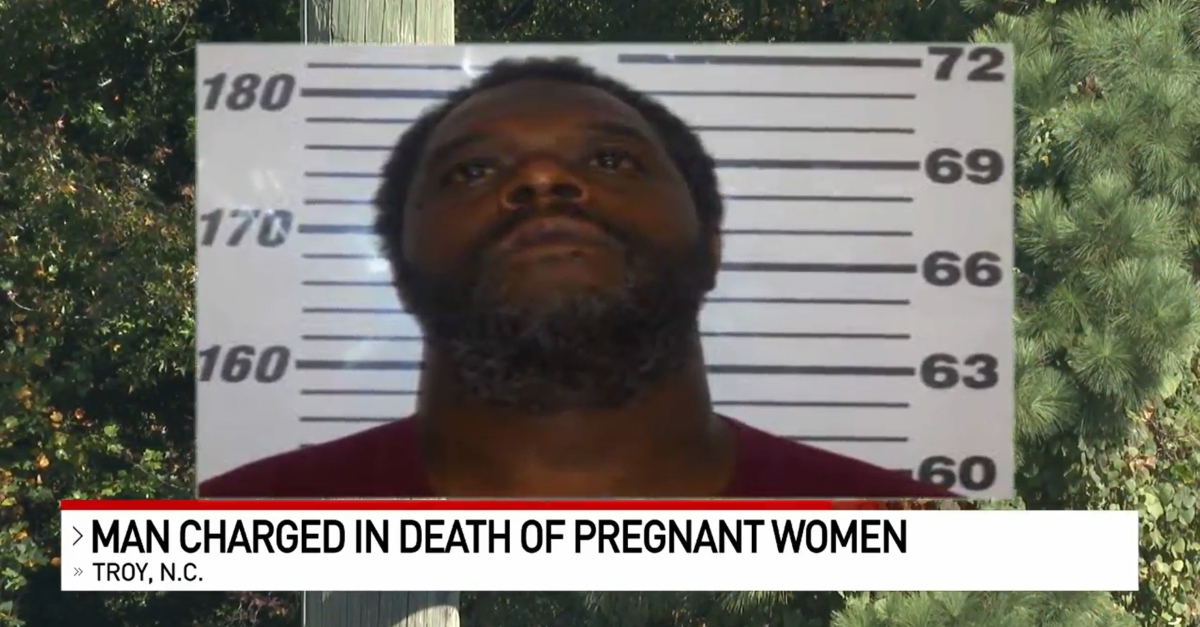 The missing woman’s family said the delay added to their grief.

“She shouldn’t have had to lay out here for two weeks and two days,” mother Sandra Ray said, according to WLOS. “Like he just dumped out the trash. She actually had a family.”

She said her daughter was four months pregnant.

“That’s all she wanted was a baby,” Ray said. “And finally, 28 years old, first pregnancy ever and you know — now.”

Atkins said authorities are awaiting a final autopsy report, but the initial finding indicated that Johnston was not pregnant when she died. The chief acknowledged that the victim’s family believed she was pregnant and that it could have been possible that the victim miscarried her child. Investigators could not tell if a traumatic injury caused the victim’s death, he said.

Buie did not confess to murder; he only pointed authorities toward the body, Atkins said. He denied being the father of the victim’s purported child, but he has lied about a lot of things, the chief said.

The investigation is ongoing and includes the other man at the gas station, the chief continued.

Atkins credited Johnston’s relatives for assisting with the investigation.

“The family has been phenomenal,” he said. The family worked closely with cops, went out and spoke with people, and stayed in constant communication with the police department, he explained. “It has just been amazing.”

Now that family is left with questions about Johnston’s death.

“I want to hear him tell me out of that mouth, not from somebody else: Why,” said Shameka’s sister Sondra Johnston. “What did she ever do? That girl was too sweet.”

Buie has no attorney of record. His first court appearance was Monday; another hearing is to take place Dec. 7.