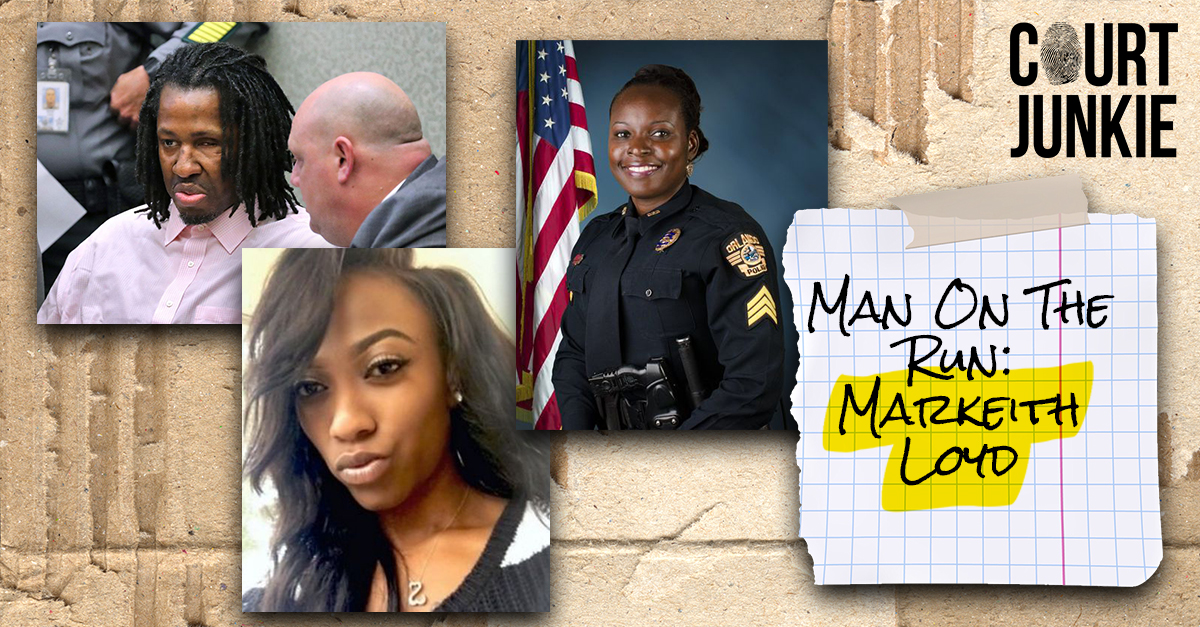 On the latest episode of Law&Crime’s podcast Court Junkie, host Jillian Jalali dives into the case of Markeith Loyd, who evaded the cops after he shot and killed his ex-girlfriend Sade Dixon and their unborn child in December 2016.

Loyd was on the run for a month until he was spotted at an Orlando Walmart and a concerned citizen alerted a uniformed police officer who happened to be shopping at the store, Lt. Debra Clayton. Officer Clayton had worked for the police department for 17 years and was a community activist.

She would jump into action, attempting to chase down Loyd out of the store and through a parking lot. A gun fight soon began. Loyd would carjack a vehicle to escape, leaving Officer Clayton behind, laying on the ground, dying of a bullet through the neck.

Loyd was listed on a Top 15 Most Wanted Fugitives list, a $125,000 reward was offered for his arrest, and a huge manhunt was underway.

He would be on the run for nine days before being arrested outside an abandoned house. His arrest would send the case into another direction when the responding officers “dogpiled” on Loyd, causing him to break a bone in his eye socket, resulting in Loyd losing his left eye altogether.

An internal investigation into the Orlando Police Department soon began and found that the officers involved had acted with justified force.

Loyd was convicted and sentenced to life in prison for the murder of Sade Dixon and their unborn baby in October 2019.

Loyd was sentenced to death for the killing of Lt. Debra Clayton in March 2022. Loyd and his attorneys are currently trying to appeal his sentence.