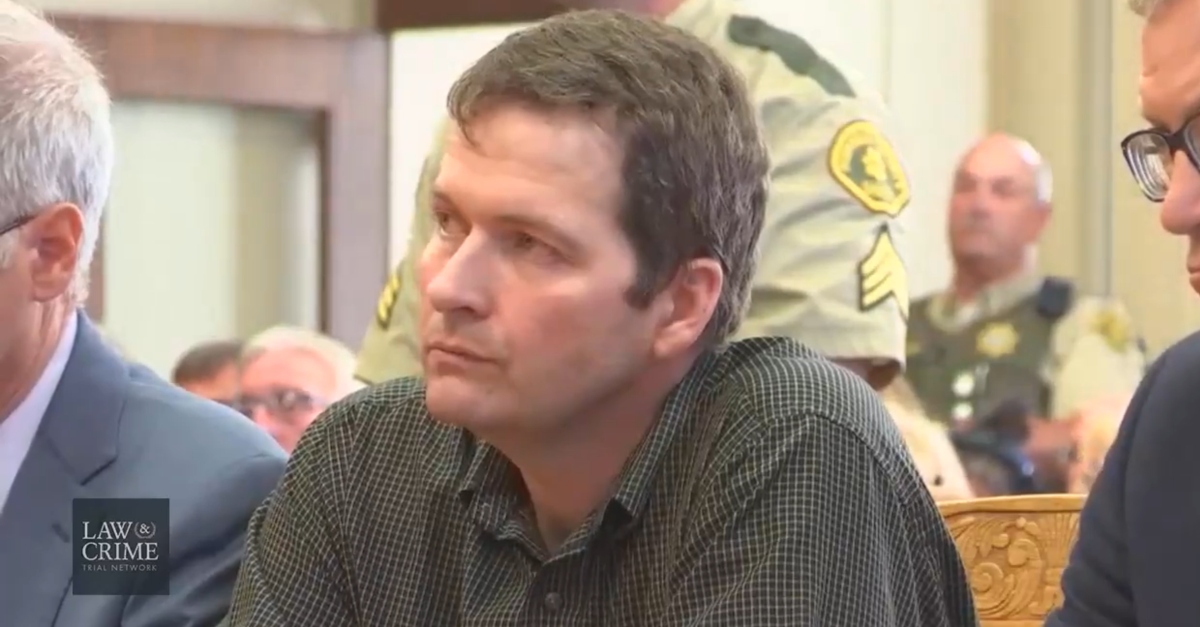 Prosecutors said he ambushed her at their farm on November 10, 2018, stabbing her with a corn rake. He tried to pass this off as a farm accident, and staged it so that it was his innocent son who discovered mom’s body, they argued. The defense said in opening statements that the victim’s death was indeed a homicide, but that their client wasn’t responsible.

#ToddMullis – This is the corn rake Amy Mullis was impaled on. Todd says he found her in the shed with this sticking in her back and he pulled it out. https://t.co/oms2BCcwZf pic.twitter.com/vo5vfYl9Lu

By all accounts, the Mullis marriage hit some bumps in the road. The question is whether it got so bad that the defendant murdered his wife. Amy Mullis had an affair years before, but the couple apparently reconciled, according to testimony.

Tensions continued to simmer, according to the prosecution. Todd Mullis was allegedly controlling, and Amy thought of leaving the relationship. She had another affair in 2018.

“Amy Mullis is not here to tell her story. The defendant made sure of that when he turned Amy from a beautiful and vibrant 39-year-old woman into this,” said Assistant Attorney General Maureen Hughes, showing jurors a picture of the victim’s body during closing arguments on Friday. “A state medical examiner number.”

The defense argued that Todd Mullis was working on the relationship. The prosecutor said, however, that his wife was afraid of him, and that the defendant told others he didn’t want the victim to take half his farm in a divorce.

There’s no evidence of anyone else being on the farm that day, said Hughes. She argued that Todd Mullis insisted at the time that his wife’s death was an accident.

The prosecution argued Mullis planned the murder for months, judging by his iPad web searches. He timed the killing to occur after she had a medical procedure, Hughes said.

During closing arguments, defense lawyer Gerald Feuerhelm attempted to explain away  any negative statements Amy Mullis may have made about her husband. He said she was just trying to justify her affair to herself, perhaps “even in her own mind.” Others, and sometimes Amy Mullis, spoke well of Todd Mullis.

Feuerhelm once again acknowledged that the victim was definitely murdered; he suggested that someone could have gone into the shed, where Amy Mullis surprised them.

He didn’t name a possible alternative suspect, however.

“Whatever happened in there was sudden and violent,” he said.

Feuerhelm also dismissed the prosecution’s claim that Mullis called the victim a “cheating whore” in a 911 call. The defense lawyer called that allegation a “Hail Mary” by the state.

“It just boggles the mind that you would be on 911 saying that if you murdered your wife, and you’re whispering, ‘Go to hell,'” he said. “You’re going to do that on a 911 call?”