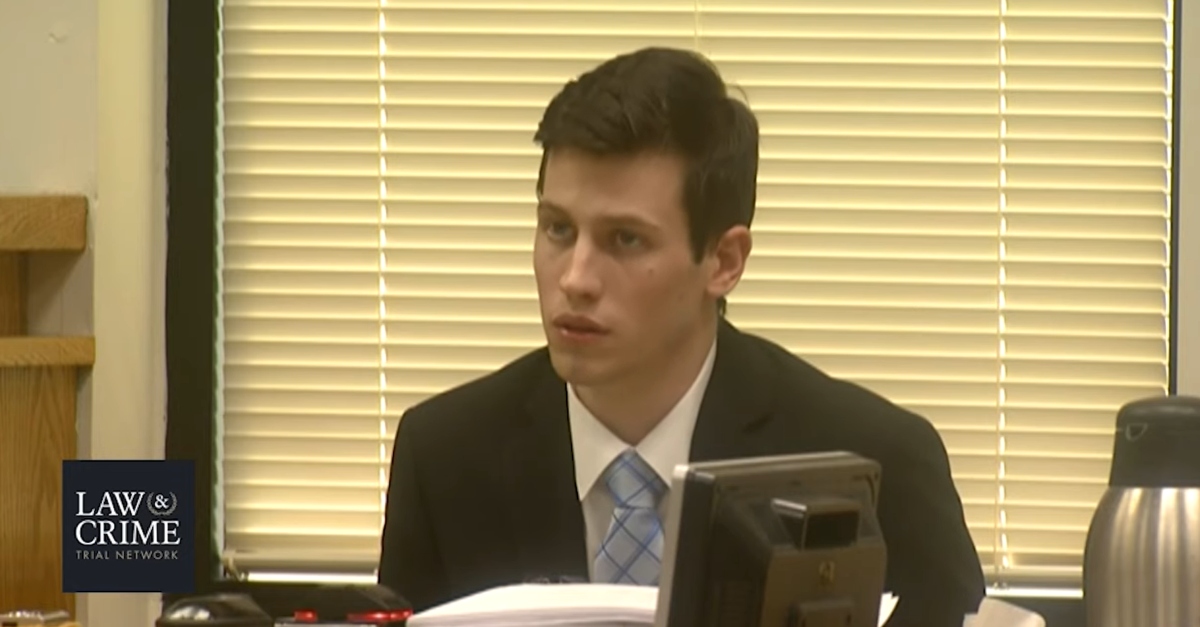 Tennessee man Sean Foley, 25, was sentenced to five years and six months in prison after admittedly killing Jimmy Shelton, 44. He will be credited for time served. The defendant was acquitted of first-degree murder in August, but jurors were deadlocked on whether he committed second-degree murder. A mistrial was declared. He ended up pleading guilty to voluntary manslaughter.

The trial detailed a very fraught sets of personal relationships. Shelton was engaged to the the mother of Foley’s girlfriend. According to testimony and the state, that girlfriend was working out a deal with the victim in which she would exchange sex for a car she could use.

They sent Foley away in order to negotiate, but the defendant surreptitiously recorded their conversation. Shelton, he said, sexually abused the woman when she was younger.

#SeanFoley – Foley said he started recording them because Jimmy was admitting to all the abuse and raping her. “He was apologizing to her.”

#SeanFoley – Defense: Did you need Sean’s protection?
Goddard: No
Defense: Were you being molested?
Goddard: No

Sidebar – now jury sent out of the room.

#SeanFoley – Now cross-examination: Foley admits the conversation he recorded between Miranda and Jimmy didn’t sound like it was non-consensual. pic.twitter.com/dVELKWd7VE

Nonetheless, Foley confronted Shelton with a gun. His defense argued at trial that this was a case of self-defense. The victim had been shot from a downward angle, which would’ve only been possible if Shelton approached Foley like a “linebacker.”