‘I Was Terrified’: Ex-Girlfriend Testifies in Trial of Leon Jacob Who Allegedly Plotted to Kill Her 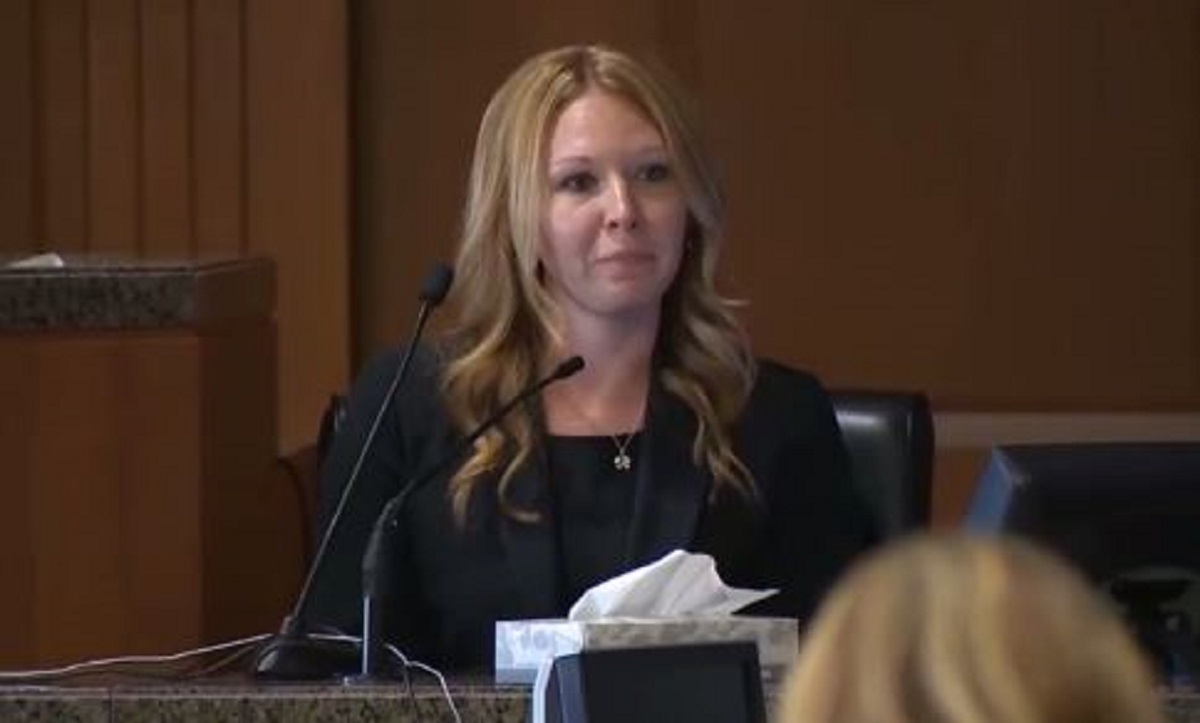 Meghan Verikas, the ex-girlfriend of Leon Jacob, took the stand Wednesday in Jacob’s trial for allegedly plotting to kill her.

Jacob and his girlfriend Valerie McDaniel allegedly offered money and gifts in exchange for killing Verikas and McDaniels’ ex-husband. They were charged with soliciting capital murder in March 2017. McDaniel later killed herself.

Verikas discussed an incident from January 2017, where she and Jacob had a fight and she went to police, who charged Verikas with assault. After the fight, Verikas stayed with Jacob’s family. Jacob tried to communicate with her and go to the house, but she said she didn’t want to talk to him. She said at that point she felt that their relationship was over. At one point when he came to the house, Verikas hid in a closet because she was afraid.

“I know that bitch is here,” Jacob said to Leslie, according to Verikas.

“I was terrified,” she said.

At that point, she left and made arrangements to stay at the hotel where she worked. After that happened, she said, Jacob would call her workplace, have other people call, and at one point she says he was found in the bushes outside the building waiting for her. All this was after there was an order of protection from the assault charge saying he had to stay away from her.

The testimony then jumped to the alleged murder plot, with police informing Verikas about a possible threat on her life. She described how she cooperated with them, going to a location with undercover officers in March 2017, and taking pictures where she was tied up, made to look like a captive. As part of the plan, she also sent Jacob a message saying she loved him and wanted to get back together.

On cross-examination, the defense brought up various messages from December 2016 and January 2017 between Verikas and Jacob meant to show that their relationship had been going well. The last of those messages was days before the assault took place.

During the prosecution’s re-direct examination, however, Verikas read emails sent by Jacob in January 2017, after a protective order had already been issued due to the assault charge. In one, Jacob said, “Did you seriously get a protective order against me?” Under the order, Jacob was not permitted to contact Verikas at all.

In a subsequent email, which Verikas took as a threat, Jacob wrote, “Trust me, my love. Now we have real issues.”