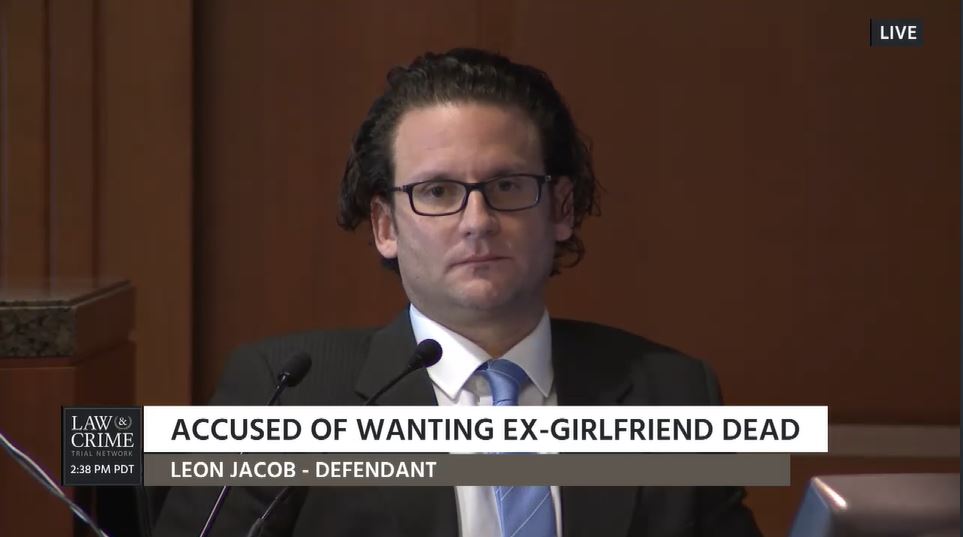 A former Texas doctor was found guilty late Friday of all counts related to an alleged hit he ordered on his ex-girlfriend. The most serious charges were solicitation of capital murder.

Leon Jacob, the defendant, was portrayed as a struggling doctor whose longtime girlfriend left him. Distraught, he started seeing a new woman, a veterinarian. The new girlfriend and Jacob, prosecutors alleged, hatched a scheme to have his ex-girlfriend and her ex-husband killed. The purported hit man was really an undercover cop.

The ex-husband and the ex-girlfriend were not harmed. They posed for police photos pretending to be bloodied and dead in order for the purported hit man to show the images to the defendant and his new girlfriend.

Jacobs’ new girlfriend committed suicide by jumping to her death before she could face trial.

Jacob testified that he did not want anyone hurt, killed, or kidnapped, but recorded conversations between Jacob and the purported hitman apparently convinced jurors otherwise. Jacobs tried to explain away the comments by saying he was asking questions about those things, not suggesting they actually happen.

A penalty phase for Jacobs will begin on Monday.

[Image via screen capture from the Law&Crime Network/Court Pool.]