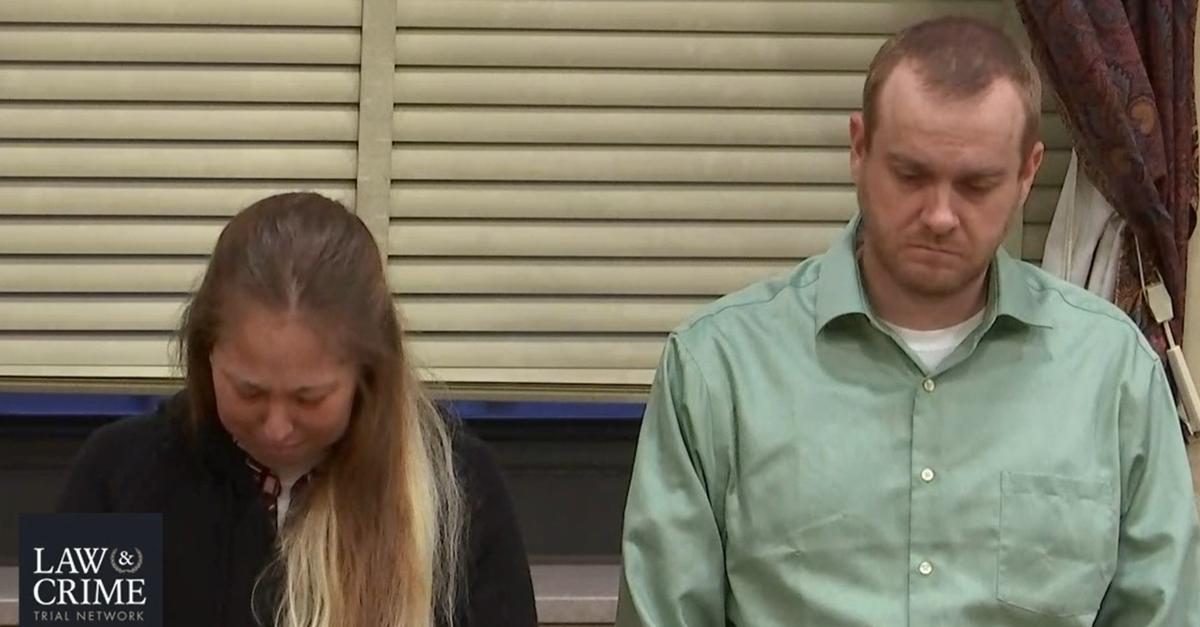 Jessica Groves and Daniel Groves were convicted in an Ohio courtroom of murdering their infant son Dylan Groves, and disposing his body in a well. The defense insisted that only the mother killed the victim, and that the father was guilty of just hiding the body. Prosecutors, however, wanted both of them responsible for the homicide.

Jessica Groves was convicted on all 11 counts, including aggravated murder, murder, kidnapping, endangering children, tampering with evidence, interference with custody, gross abuse of a corpse, and felonious assault. She was sentenced to life without the possibility of parole plus 32 years. Daniel Groves, who faced the same charges, was acquitted of aggravated murder. He was found guilty of the other 10 counts, including murder. He was sentenced to 47 years in prison.

In heated testimony on Friday, Jessica Groves admitted to killing Dylan, but maintained it was an accident, and balked at many questions about how she caused the child’s injuries. Daniel Groves testified that he helped hide the body because of his prior contact with Child Protective Services, and because his wife had threatened to blame him for the death. He denied fatally injuring his son.

“Did either of these defendants tell you they made one emergency phone call to help that baby?” she said. “No.” She later asked aloud if Dylan could’ve survived his injuries. “I don’t know. He wasn’t given a chance.”

“She can’t remember what happened, but she does remember it was an accident,” Hutchinson said. “Is that taking responsibility for these injuries?

Jessica Groves’s attorney Robert Stratton told jurors in closing arguments Friday that the state’s case was patchy, and investigators couldn’t account for the cause of all injuries, or even the day of death. He asserted that his client was taking responsibility, and that she took the stand to save her husband, not herself.

Daniel Groves’ attorney Christine Scott also argued that the state’s case had holes. The lawyer said that a CPS worker didn’t account for alleged purple bruising on Dylan’s head. A medical examiner could not say who caused of the victim’s injuries, and could not give the date of death. She asserted that the time of death would be around March 28, as the defendants claimed.

Scott maintained that her client was as truthful and transparent as possible in testimony, and that he did take responsibility for hiding Dylan’s body. There’s no testimony showing he struck the child, she said.

Hutchinson maintained that Daniel Groves had a history of lying, and had changed his story about what happened to Dylan. She pointed out an April text in which he told children’s services that Dylan was “growing like a weed.” She suggested he hid that his wife was using drugs during pregnancy. She pointed out that a detective said Daniel Groves was “dopesick” in the interrogation room, and that the 15-year-old elder son saw that Dylan had bruising in the head even though the father claimed not to know about bruising. Daniel Groves allowed the mother into the child’s life even after he saw her strike the victim in the head, Hutcinson said.

The prosecutor argued that the father didn’t panic at the child’s death because the method of hiding the body was too elaborate. Items included milk crates, pad locks, zip ties, wire ties, rocks, plastic, and duct tape.

Dylan Groves would have turned one year old on Friday.

Note: Updated with the sentences.