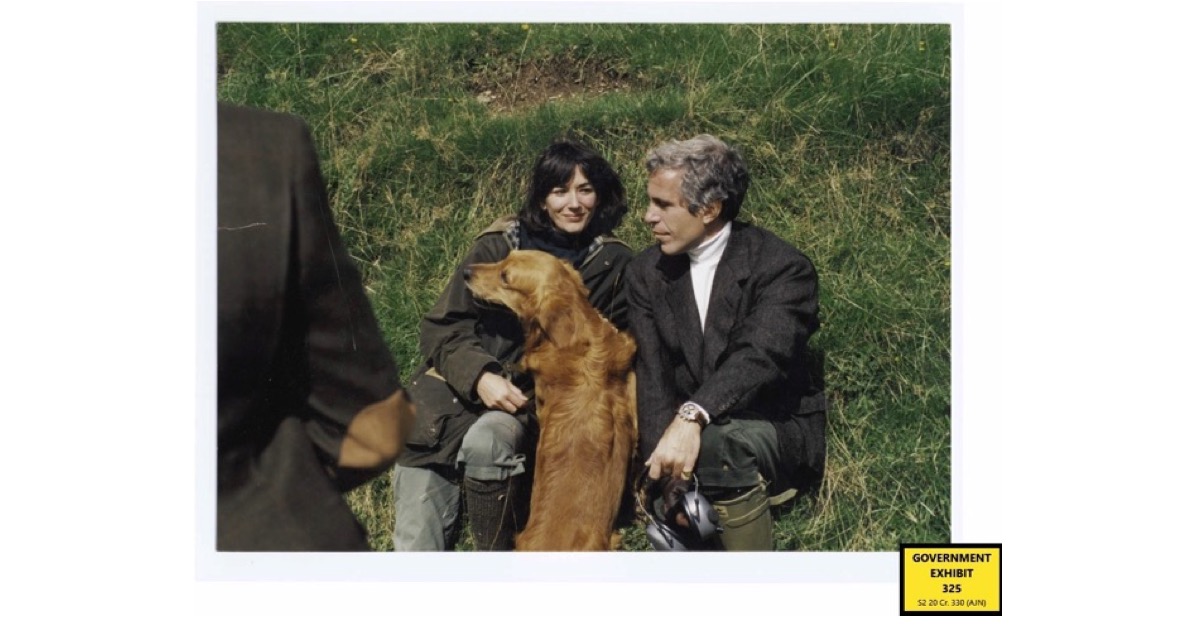 After emphasizing themes of “memory, manipulation and money” during opening statements, Ghislaine Maxwell’s defense attorneys attacked her accusers along the same themes—in granular detail—as trial ground to a close after three weeks of evidence gathering.

“All of these witnesses have changed their stories many times. Why?” her attorney Laura Menninger asserted and then asked.

Systematically picking apart those alleged variations, Menninger laid out the accounts of the four accusing witnesses—and what it would mean for the six charges if the jurors disbelieved any one of their accounts.

When “Jane” took the stand, Menninger sparred with her during contentious and often-tense cross-examination. The lawyer needled her over her career as a soap opera actress, suggesting that it showed her penchant for “melodrama.” Menninger also pressed “Jane” about how her testimony appeared to contradict the FBI’s notes of their initial meeting. The antagonistic back-and-forth appeared to disturb “Jane” so much that, after her testimony, the witnessed contacted her brother and allegedly called Menninger an “expletive that rhymes with front.”

During the defense’s closing argument, Menninger did not hold back on her attacks on “Jane”: “Her lapses of memory pervade this case.”

Two of those details that Menninger said that “Jane” bungled were when she said that she saw “The Lion King” in New York and when she recalled going to the 80th birthday party of the late journalist Mike Wallace. Both events, the defense said, occurred during years inconsistent with “Jane’s” account.

During rebuttal summations, Assistant U.S. Attorney Maurene Comey said that was the type of “peripheral” detail that has no bearing on the core memories of sexual abuse.

“Some things you never forget because they’re seared into your brain forever,” Comey said.

“Jane” said that she met Maxwell and Epstein at the prestigious Interlochen academy in Michigan, where Maxwell walked by with a “cute little Yorkie.” Evidence showed that Maxwell had a Yorkshire terrier, and “Jane” appeared on flight records from Traverse City, the closest airport to Interlochen. “Jane” said that the initial meeting happened in 1994.

Menninger claimed that the flight logs suggested an alternative date: 1996, which would have made her 16 years old at the time.

The prosecutor scoffed at this alternate theory, adding that even that chronology describes a crime involving a minor of a different age.

“That is not a defense,” Comey said.

Menninger emphasized that another of Maxwell’s accusers, testifying under the pseudonym “Kate,” is not an alleged victim in the case as she was above the age of consent in the relevant jurisdictions.

“I still don’t know what Kate’s story brings to this prosecution,” the lawyer said.

A British former actress and model, “Kate” said that she “felt special” when Maxwell showed her attention and allegedly groomed her for Epstein’s abuse. After sexually charged “massages,” Kate testified, Maxwell told her “Did you have fun?” and “You’re such a good girl.”

Menninger noted that “Kate” appeared to write loving messages to Epstein when he was in prison after pleading guilty in 2008, to soliciting prostitution of minors.

Unlike “Kate,” the testimony of Carolyn goes directly to multiple charges that could be used toward Maxwell’s convictions, including sex trafficking counts. Like “Jane” or Annie Farmer, Carolyn testified that Maxwell touched her breasts. She also told jurors that Maxwell saw her naked some 30 times in Epstein’s massage room and told Carolyn that she had a “great body for Mr. Epstein and his friends.”

Menninger urged jurors to scrutinize the elements of the sex trafficking charge, which requires the alleged acts to be “in and affecting interstate and foreign commerce.”

That witness did testify, however, that she was invited to the U.S. Virgin Islands and declined, knowing that her mother would never allow it.

As for Farmer’s testimony, Menninger latched upon a key detail: the gift of boots that Farmer said she received from Maxwell and Epstein in New Mexico. It is undisputed that she did not initially turn over the boots to the FBI, but Farmer told jurors that she tried to “reclaim” the gift by wearing them. Menninger jostled a bag containing the boots and told jurors they can inspect their worn soles in the deliberation room.

“Did That Look Fun?”

Since the prosecution bears the burden of proof in the U.S. criminal justice system, the government had the first and last word during summations. Assistant U.S. Attorney Comey ridiculed the defense argument that, essentially, “They’re all liars.”

A key defense witness, Elizabeth Loftus, was previously relied upon for such high-profile defendants as Harvey Weinstein, O.J. Simpson, Robert Durst and hundreds of other people, sharing her research on what she describes as the unreliability of memory. She wrote a book titled “Witness for the Defense.” She testified that witnesses could believe false memories that had been implanted by suggestion, for a variety of reasons.

Loftus agreed, however, on cross-examination that the core memories of trauma are stronger than peripheral details. Prosecutors seized upon that admission.

Defense attorneys have argued throughout the trial that their memories were colored by the fact that they made millions of dollars sharing their account with a fund meant to compensate Epstein victims, but Moe’s colleague Comey argued that if that were true, the women would have taken the money and run.

“If money was all they wanted, they would have walked away as soon as the check cleared,” Comey said, adding that the women put themselves through “hell” to testify. Multiple witnesses wept on the witness stand, save for Farmer, a practicing therapist who kept her clinical cool.

“Did that look fun? Why would they put themselves through that, when they’ve already gotten millions of dollars?” Comey asked.

“They did it for justice, for the hope that the defendant would be held accountable for her role in shattering their lives,” the prosecutor thundered, answering her own questions.

Maxwell’s defense team significantly streamlined the case the lawyers initially anticipated, which they signaled would feature testimony by as many as 35 witnesses. That was before Maxwell lost significant rulings forbidding the defense from letting witnesses take the stand under pseudonyms or to call counsel for her accusers, in what the judge found would have violated attorney-client privilege.

As the defense case wrapped on Friday, Maxwell declined to take the stand in her own defense.

“Your honor, the government has not proven its case beyond a reasonable doubt, and so there is no need for me to testify,” Maxwell told U.S. District Judge Alison Nathan in dramatic fashion, without the jury present.

Menninger told jurors that Maxwell’s decision not to testify was her client’s absolute right and could not be used against her.

Time and again throughout defense summations, Menninger questioned why a prominent person like Maxwell would risk everything to help Epstein sexually abuse minors. Prosecutors pointed to a financial motive in presenting evidence of more than $30 million in transactions from Epstein to accounts in her name.

“It is ‘We molested kids together’ money,” Comey said, flatly.

Menninger told jurors that the government is asking them to “speculate” about the money, a portion of which appeared to be used to buy a helicopter.

“Who knows what that money was for?” she asked.

After three rounds of summations finished, Judge Nathan read jury instructions leading to deliberations. After reciting the roughly 80-page jury charge, the judge sent the panel for their deliberations.