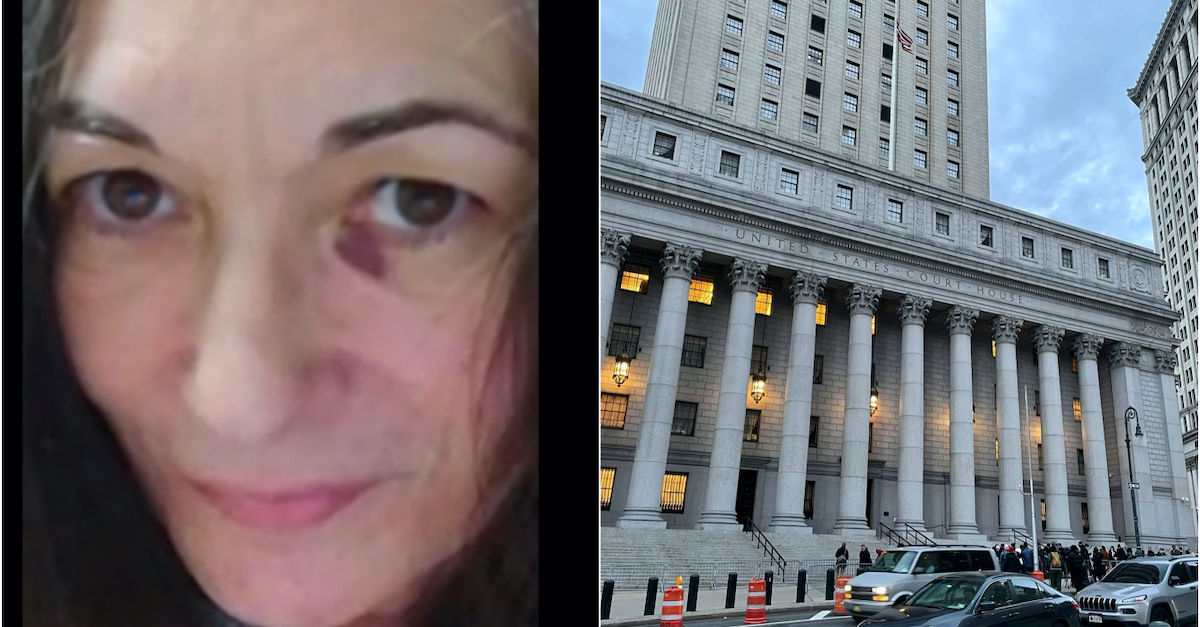 Ghislaine Maxwell’s sex trafficking trial, a lurid case a quarter-century in the making, began in the style of a storybook with a hideous twist on Monday, as a federal prosecutor told jurors: “I want to tell you about a young girl named Jane.”

Describing “Jane” as a 14-year-old girl who met a man and woman at a camp, Assistant U.S. Attorney Lara Elizabeth Pomerantz told jurors: “What Jane didn’t know then is that man and woman were predators,” later using the phrase “dangerous predators.”

The prosecutor identified the man as Jeffrey Epstein and, in steady and soothing tones, built up dramatic anticipation for the woman.

“Who was that woman targeting young girls for sexual abuse? It was the defendant: Ghislaine Maxwell,” Pomerantz charged.

A little less than a year after Epstein was found dead in his prison cell, Maxwell became the first accused co-conspirator of his to be charged by prosecutors. If convicted on all six charges against her—broadly alleged violations of the Mann Act and sex trafficking—she can face up to 70 years in prison. The indictment charges four alleged victims, but the prosecutor hinted at more, telling jurors that Maxwell and Epstein devised a “Pyramid scheme of abuse.”

“Ladies and gentleman, Jane was not the only one,” Pomerantz said.

That the prosecutor called the girl in the story “Jane” has a long tradition in the law. Anonymous victims in legal pleadings are typically called “Jane Doe,” and three of the four “Minor Victims” of the indictment are not being identified in court. The one exception stepped forward publicly in the press and in court filings: Annie Farmer. Several other women have made such allegations in civil court, but Maxwell’s case marks the first time since Epstein’s controversial 2018 plea deal that allegations related to his conspiracy went all the way to a criminal trial.

Maxwell’s lawyer Bobbi Sternheim, who delivered the defense opening statement, depicted the case as one about a woman getting the blame for a man’s misdeeds.

“Ever since Eve was accused of tempting Adam for the apple, women have been blamed for the bad behavior of men and women are often villainized and punished more than the men ever are,” Sternheim said.

Epstein was found dead in his jail cell in mid-2019, before he ever could ever have been tried. Officials ruled his death a suicide.

Countering the prosecution’s first words to jurors, Sternheim said: “I wish I could tell you a progressive, once-upon-a-time narration,” but she added that the evidence of the case was “not conducive” to that approach.

“In many regards, he was like a 21st century James Bond,” the defense attorney said of Epstein. “His mystery has stirred interest and his accusers have shaken the money tree and millions of dollars have fallen their way.”

Instead, Sternheim depicted the case in alliterative themes of four words beginning with the letter “m”: “memory,” “manipulation,” “media,” and “money.”

As for the first of those themes, Sternheim described memory as faulty. Pre-trial briefings disclosed that she plans to call “false memory” expert Elizabeth Loftus, who either consulted with or testified for Harvey Weinstein, Robert Durst, O.J. Simpson and hundreds of other criminal defendants seeking to undermine the credibility of their accusers. She intends to testify that memories can be manipulated by press coverage and can shift over time. The allegations of the lawsuit focus on the time period between 1995 and 2004.

As for “money,” Sternheim alluded to the large settlements by the Epstein victims fund: “big bucks,” the defense attorney said. The attorney has previously complained about what she has called a “tsunami” of unflattering press coverage for her client. “Manipulation,” as she described it, referred to what she described as the accuser’s shifting memories as civil attorneys and media coverage got involved.

U.S. District Judge Alison Nathan empaneled a jury in the morning, featuring 12 jurors and six alternates largely insulated from media coverage of the case. Trial falls a little more than a year after Maxwell’s arrest, which has been delayed multiple times in the wake of the COVID-19 pandemic.

Before the start of pretrial proceedings on Monday, two U.S. Marshals accompanied Maxwell into and out of the courtroom without handcuffs. Dressed in a crème-colored sweater and black pants, Maxwell also wore a white mask that occasionally slipped beneath her nose, the pool report indicated. Pandemic-related social distancing has limited attendance within the courtroom itself, but the proceedings were being simultaneously streamed to multiple overflow courtrooms. The long-anticipated trial attracted throngs of reporters, lawyers and even sightings of a Maxwell family member, as well as alleged victim Sarah Ransome. 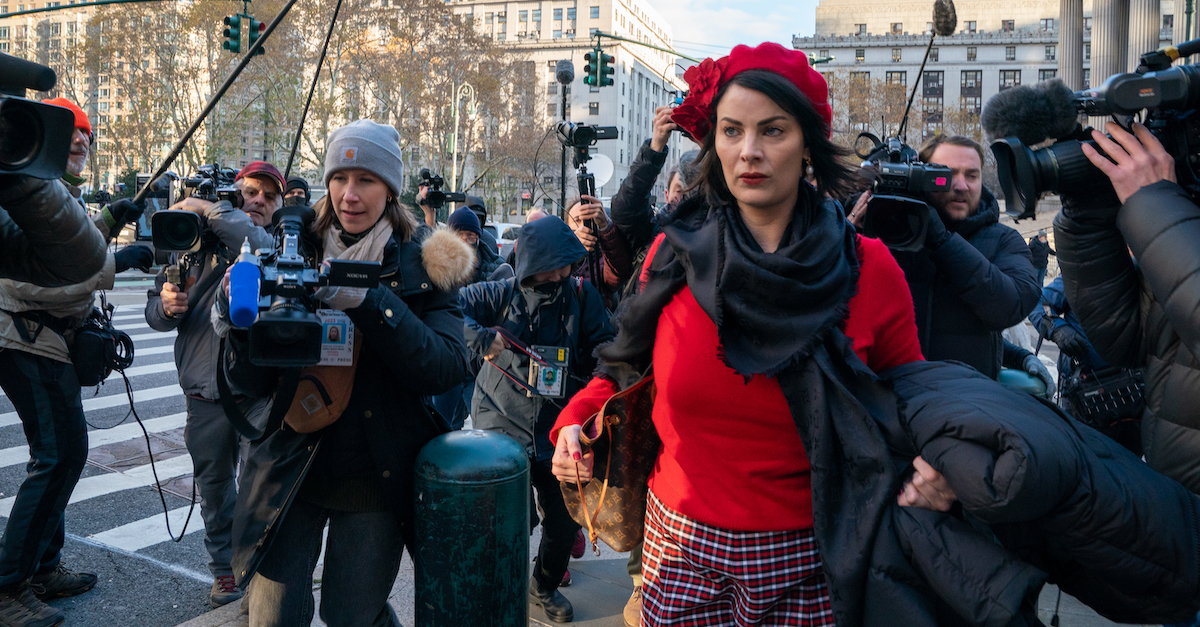 “I never thought this day would come,” Ransome told reporters outside the courthouse.

When she first entered the courthouse roughly 30 minutes before the end of jury selection this morning, Maxwell raised her eyebrows to acknowledge her sister, who sat in the first row. Maxwell frequently scribbled notes and handing some to her lawyers, according to the press pool.

Due to COVID-19 restrictions, about a half dozen reporters are physically present inside the courtroom, and those journalists shared their observations with the dozens of others watching and hearing the proceedings unfold remotely. During the morning, presiding Judge Nathan whittled down a pool of 58 juror candidates to 12 diverse jurors and six alternates. Their identities are being kept anonymous and have been referred to only by their assigned number.

One of the jurors wore a mask with an American flag on it.

After the judge swore them in, the jury recessed for lunch, and opening statements began during the afternoon session.

(Photo of Maxwell from a defense filing; photo of Thurgood Marshall Courthouse)