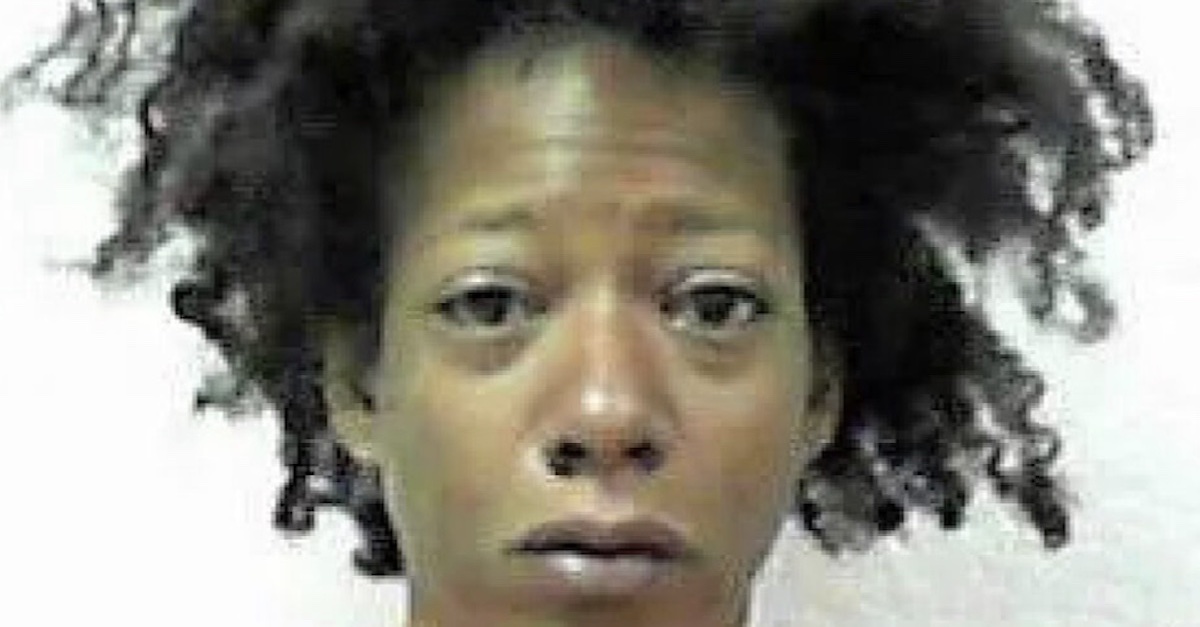 A Florida mother will spend the rest of her life behind bars after admitting to brutally murdering her 11-year-old daughter. The girl’s lifeless body was discovered after a car crash in West Virginia in 2017.

Circuit Court Judge Adrian G. Soudon on Monday handed down a life sentence to Erica T. Newsome for killing her daughter, Kaye-lea Plummer, who authorities say was strangled and beaten to death, the Florida Times-Union reported.

According to the report, Newsome on Aug. 6, 2017 crashed her pickup truck into a guard rail on U.S. 250 at approximately 11:20 a.m., about a mile and a half after crossing the state border into West Virginia. Troopers with the state police responded to the scene of the crash where they uncovered the disturbing circumstances of the collision.

A couple from New York City was driving behind Newsome when she hit the guardrail and reportedly told police that they had seen her remove what appeared to be a body from the back of the truck and drag it over a hill just off of the road, according to a copy of the arrest warrant obtained by the Pocahontas Times. Police soon found Newsome standing next to her daughter’s blanket-wrapped remains near an embankment approximately 150 feet away from the crash site.

A coroner arrived to examine the body and reportedly determined that the child had been dead for “at least 24 hours.”

Following the crash, State Police Sergeant Herby Barlow said it was “obvious that the 11-year-old did not die from injuries from the accident,” noting that she had “non-motor vehicle injuries.”

Detectives from the Jacksonville Sheriff’s Office were brought in to assist authorities in West Virginia with the investigation into Kaye-lea’s death.

During an interview with investigators, Newsome reportedly confessed to physically abusing her daughter and ultimately killing her. She reportedly told detectives that she took Kaye-lea from her bed in their Jacksonville home on Aug. 4 and put her in the car to drive to Buffalo, where Kaye-lea’s father resided. Per the Pocahontas Times, she reportedly said that Kaye-lea “did not move, eat, drink, speak or use the restroom during the drive that ended with the crash.”

A search warrant was obtained and executed for Newsome’s cell phone which reportedly revealed that the woman had performed several disturbing internet searches before hitting the road on Aug. 4. The searches included the phrases “alligator ponds,” “fatal bridge accidents in Jacksonville,” “people killed on Virginia cliffs,” and “Virginia highways that has huge cliffs,” the arrest warrant reportedly said.

A medical examiner in West Virginia reportedly ruled that Kaye-lea’s death was a homicide, noting that the 11-year-old girl had sustained extensive injuries to her body that were “evidence of aggravated child abuse.” A copy of the arrest warrant reportedly stated that the medical examiner determined the victim had been strangled and said that the injuries to Kaye-lea’s head and torso were “determined to be due to assault and contributed to her death.” The girl’s body mass index reportedly also showed that she was severely malnourished.

Investigators ultimately determined that Kaye-lea was killed in Jacksonville, and Newsome was transferred back to Duval County and charged with murder.