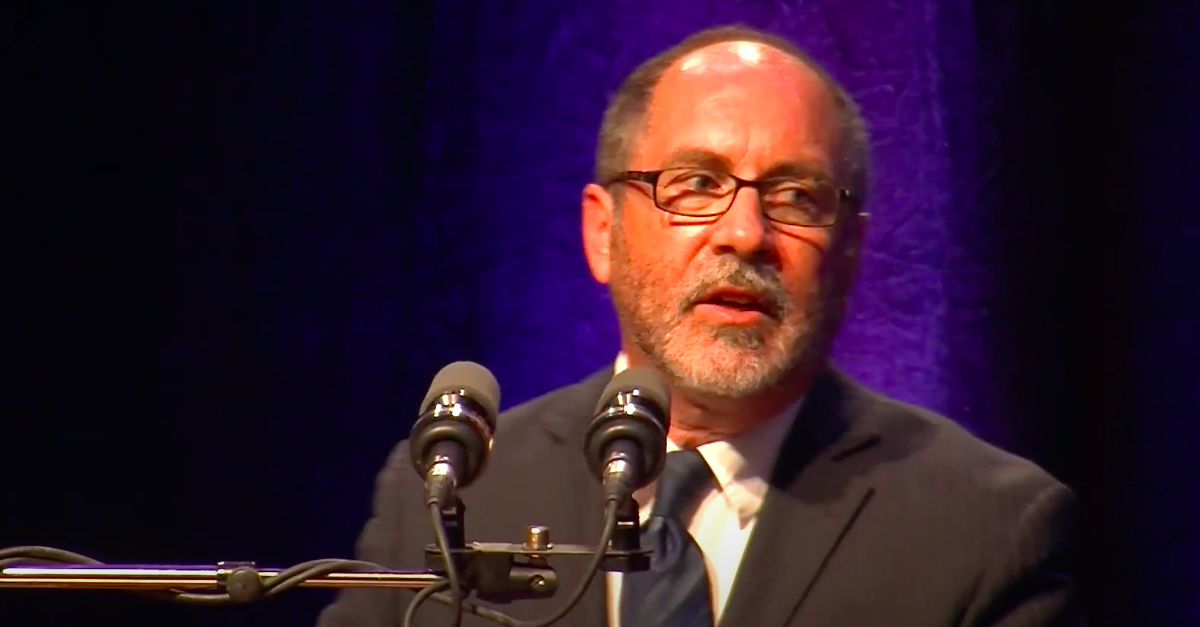 A Presbyterian minister hoping to heal “the divisiveness and anxiety” caused by the Jan. 6 riots at the U.S. Capitol is employing an interesting strategy to that end, filing a federal lawsuit against two of the highest ranking Democrats in Washington.

In a complaint filed in the U.S. District Court in D.C., Reverend Patrick Mahoney accused House Speaker Nancy Pelosi, Vice President Kamala Harris, Senate Sergeant at Arms Karen Gibson, and the U.S. Capitol Police Board of violating his First and Fifth Amendment rights by denying him a permit to host a prayer vigil at the Capitol on Good Friday.

The perimeter of the complex has been surrounded by a newly erected safety fence after thousands of Donald Trump’s supporters marched on the complex to prevent Congress from counting the Electoral College votes that went to Joe Biden. Permits for public demonstrations on the Lower Western Terrace of the Capitol Building, where Mahoney held a similar event last year, have also been temporarily halted pending the results of several ongoing internal investigations.

The filed complaint asserted that the prohibition of public gatherings on the Lower Western Terrace is an infringement of Mahoney’s constitutional right to free speech, free association, free exercise of religion, and due process.

“Plaintiff’s speech has been unconstitutionally deemed unworthy by the Defendants,” the lawsuit stated. “Defendants’ blanket denial of the permitting processes on a traditional public forum is additionally impermissible because they act as a prior restraint on speech. In closing the sidewalks and public areas around the Capitol, including the Lower Western Terrace Plaintiff seeks to utilize, Defendants have effectively created a no-speech zone around the nation’s Capitol. Defendants prevent any First Amendment activities on/in these areas, even though no specific threat to the Capitol has been identified in justification. Defendants further refuse to inform the Plaintiff of when public sidewalks surrounding these halls of power may once again be utilized for public speech.”

The doctrine of prior restraint — which is a content-based restriction on future speech that may not be constitutionally protected — does not appear to be applicable to Mahoney’s claims; he does not allege the government is preventing him from any particular speech, only not allowing any speech to occur in a particular place that is currently restricted from the general public.

Also, despite admitting that there is currently a “blanket” ban on gatherings of any kind at his desired vigil site — and conceding that he was offered an alternative site for his vigil “on the Western side of the Capitol by a large statute [sic] of Ulysses S. Grant” — Mahoney claimed he was being targeted for his religious beliefs.

“Defendants’ acts and policies are neither neutral nor of general application,” the suit stated. “Defendants’ restrictions have specifically and explicitly targeted Plaintiff’s religious and ‘faith based’ service and are thus not neutral on their face. Defendants have prohibited Plaintiff’s religious gathering while exempting a laundry list of other activities that occur at the Capitol, including media events, non-religious public gatherings, and various political and other events.”

Mahoney is represented in the matter by the Center for American Liberty, a conservative non-profit group run by Harmeet K. Dhillon. Dhillon was a legal advisor to the 2020 Trump campaign who previously called for Justice Amy Coney Barrett to “come through” and make Trump the winner of the presidential election.

Trump campaign legal adviser: "We're waiting for the United States Supreme Court – of which the President has nominated three justices – to step in and do something. And hopefully Amy Coney Barrett will come through" pic.twitter.com/Z4bfBqsks5