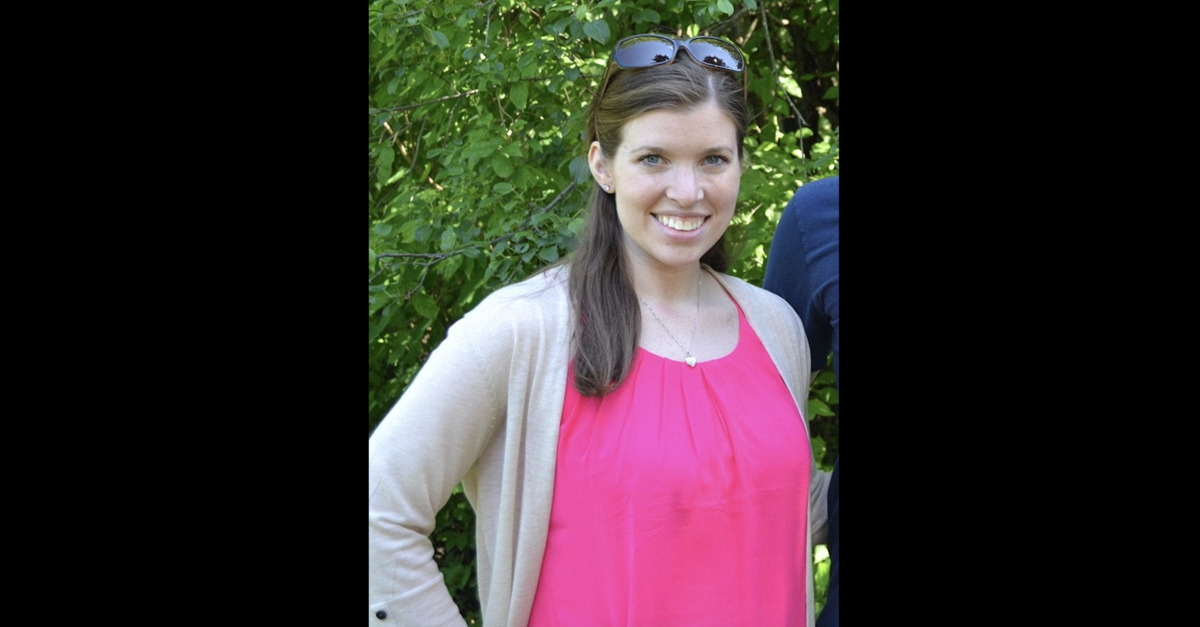 A 24-year-old Massachusetts high school teacher was brutally raped and murdered by one of her own students in 2013. Now, a judge in the Bay State has added a layer of secrecy to the circumstances surrounding those horrific crimes at the request of the town in which they occurred.

None of the facts here are in dispute. Philip D. Chism, 14 years old at the time, followed his math teacher, Colleen Ritzer, into a bathroom where he proceeded to rape her before stabbing and slashing her to death. After killing her, Chism wheeled the teacher into a wooded area where he performed necrophilic acts on her dead body.

He was found guilty in 2015 and was sentenced in early 2016 to a term of 40 to 60 years in state prison. Chism will have the possibility of parole in as few as 25 years due to his young age at the time of what the judge called his “brutal and senseless” crimes against Ritzer.

The victim’s parents, Peggie Ritzer and Tom Ritzer, later filed a civil wrongful death lawsuit against the Town of Danvers, Danvers Public Schools, a cleaning contractor serving the school who allegedly washed away key evidence of Chism’s crime, and another company that had designed the school’s recent expansion and an overhaul of their security system, which decidedly failed on the day in question.

Over the past five-plus years, all of the defendants, except for the second company, Dinisco Design Partnership, have been removed from the lawsuit by way of motions to dismiss.

During a recent hearing, the Ritzer family’s attorney, Daniel Murphy, argued that the town’s request to seal details about the failed security system was simply a bid to save itself “embarrassment” from the public eye, according to The Salem News.

The town, for their part, said the request was premised on safety and security. Essex County Superior Court Judge John T. Lu agreed with that bid for governmental secrecy and said it would be “inappropriate” for the public to be clued into certain information.

Journalist Julie Manganis outlined the contours of the dispute:

Murphy told the judge that the couple is not seeking the release of specific locations of cameras or other sensitive information, but that there is a presumption that the public has a right to see other information about whether the system was properly working at the time of their daughter’s murder — an issue that came up at the trial of their daughter’s killer, Philip Chism, when a police officer testified about the difficulty of finding surveillance images of Chism moving around the school before and after the crime.

The Ritzers believe that had someone been monitoring the security system at the time of their daughter’s murder, it could have been interrupted or prevented altogether.

“The fact that there was video and it was not functioning properly has been public knowledge since 2016,” the attorney told the court.

The details at stake came by way of recent document filings by DiNisco–who are also seeking to have the case against them dropped. Just as their request for summary judgment was to be filed, the town filed a motion asking for the entirety of those records to be sealed.

Danvers attorney John Davis said the town was concerned about the “safety of the staff, students and any visitors” to Danvers High School and that efforts to redact sensitive portions had been impractical.

“We think the materials we have submitted show good cause for impoundment,” the town’s attorney argued.

“They care very deeply about safety,” Murphy unsuccessfully countered, referring to his clients, Colleen Ritzer’s parents. “That’s the reason they brought this litigation.”