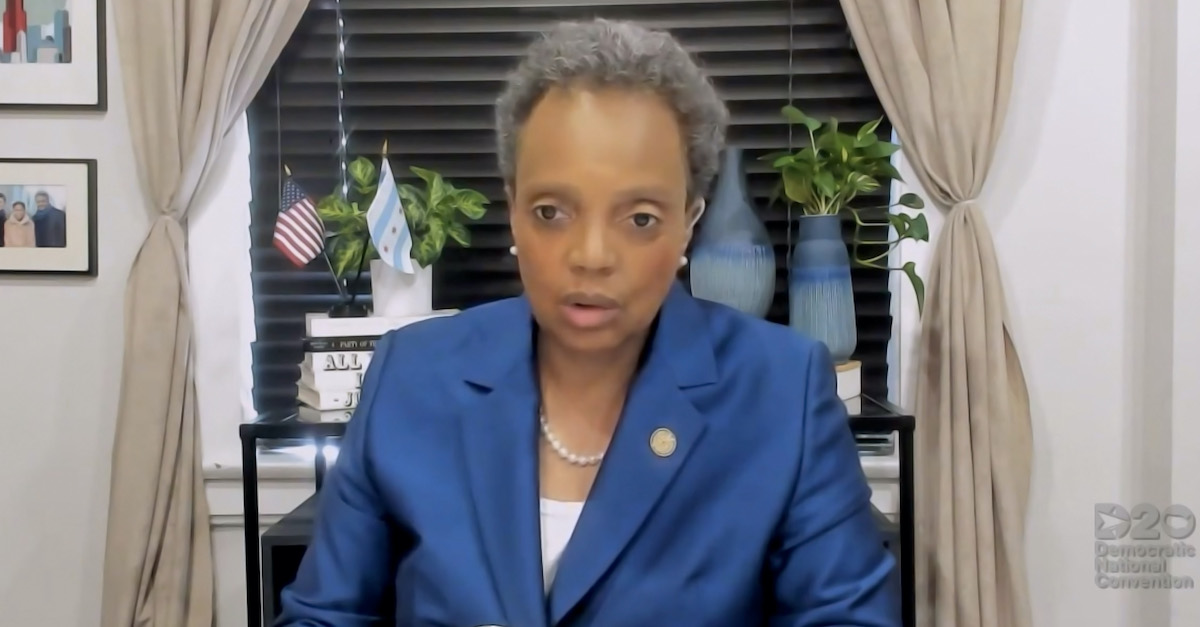 The Daily Caller News Foundation and reporter Thomas Catenacci filed a lawsuit against Chicago Mayor Lori Lightfoot (D), alleging that she “purposefully” discriminated against Catenacci based on race by ignoring his request for an interview.

The DCNF, a conservative news website represented by Judicial Watch, claims that Catenacci requested a one-on-one interview on May 20 about:

[H]ow her administration plans to encourage more residents to receive the coronavirus vaccine, considering that less than 50% of the city’s residents have been administered a single dose; why she believes Chicago is behind other major cities in their vaccination efforts; how her administration has handled the pandemic compared to other major U.S. cities; and how she plans to encourage residents to eat and shop locally as Chicago’s vaccinated population grows.

The plaintiffs are now asking a federal judge in the U.S. District Court for the Northern District of Illinois to declare that Lightfoot violated the Constitution. They are asking the judge issue an injunction and to “order” Lightfoot to “grant Plaintiff Catenacci’s request for an interview.” The suit also seeks attorneys’ fees.

Law&Crime reached out the mayor’s office for comment. We will update this story if we receive a response.

Read the brief complaint below: