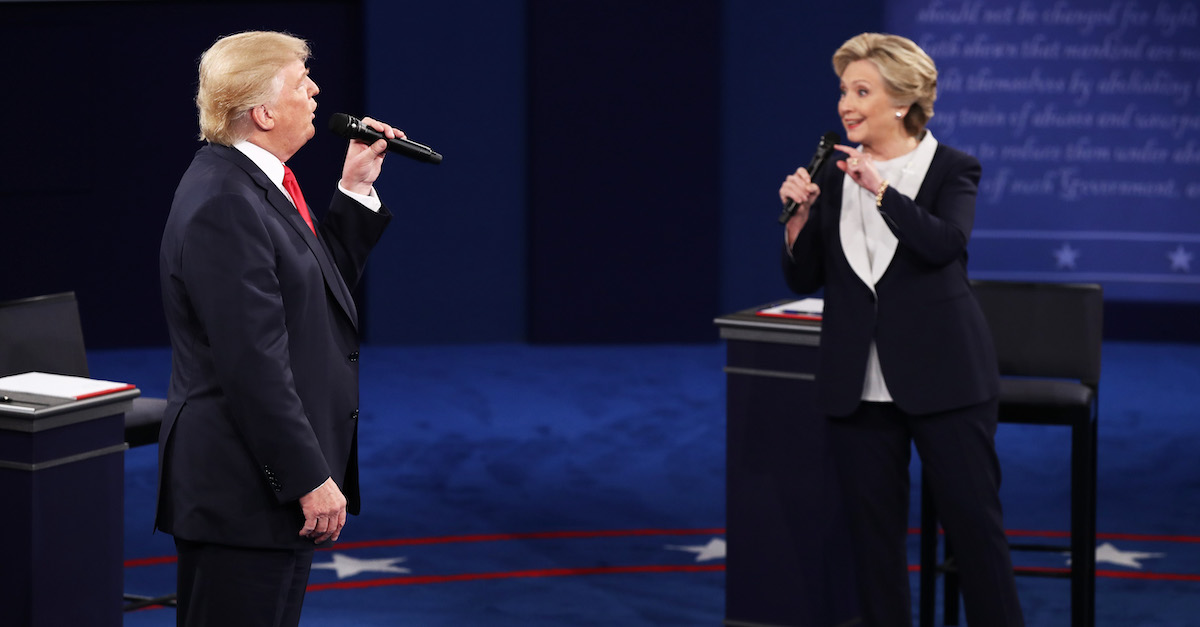 A federal judge in the Southern District of Florida on Monday agreed to redact a bevy of subpoenas and other material filed by attorneys for Donald Trump in a sprawling lawsuit against Hillary Clinton and a lengthy list of his other perceived enemies — documents that purported to reveal the personal home addresses of many of the defendants in the case.

Attorneys for the U.S. government late Friday filed court papers in an effort to restrict the addresses of federal agents from appearing in the record. Judge Donald M. Middlebrooks, the Bill Clinton appointee assigned to the case, agreed that the “security threats cited by the United States” in a Friday motion were valid and ordered certain documents to be stricken and removed from the record by the Clerk of Court’s office. Trump’s attorneys were also ordered to re-file “redacted copies” of certain docket entries.

Prosecutors were quick to criticize the way Trump’s attorney filed the paperwork and argued that Trump’s attorney(s) failed to heed their informal warnings that revealing the addresses could be problematic.

“The United States of America—by and through the undersigned counsel and pursuant to Rule 5.2(e) of the Federal Rules of Civil Procedure—hereby moves for an order redacting, from the public record, the addresses of the former Federal Bureau of Investigation (FBI) employees named as defendants in this action,” the Friday request states.

The attorneys for the government wrote that Trump’s attorneys revealed the addresses of some of the named defendants by filing publicly available summonses. Those documents, which were fully public without any restriction as of Saturday, Sunday, and Monday mornings, contained what were purported to be precise street addresses for some of the defendants.

Per the government’s filing:

The government’s attorneys said Trump’s attorney discussed the concerns with them but refused to act:

Here’s the legal rationale for the government’s request:

Rule 5.2 expressly requires the exclusion of information enumerated in section (a) of that Rule. Fed.R.Civ.P. 5.2(a). In addition, section (e) allows that “the court may by order in a case [] require redaction of additional information” when “good cause” is shown. Fed.R.Civ.P. 5.2(e). Here, good cause is shown. The information sought to be redacted—the addresses of former FBI employees—has no relevance to the current litigation, and as explained above, the disclosure of that information may lead to harassment, threats, or endangerment of these individuals. Federal law recognizes the need to protect such information. See, e.g., 18 U.S.C. § 119 (providing protections for the home addresses of any officer or employee of the United States); 5 U.S.C. § 552(b)(7)(C) (precluding from production under the Freedom of Information Act “information compiled for law enforcement purposes” that “could reasonably be expected to constitute an unwarranted invasion of personal privacy”); see also Fla. Stat. § 119.071(4)(d) (providing an exception to the inclusion in public disclosures the “home addresses . . . of active or former sworn law enforcement personnel”).

The relevant documents have been sealed and/or stricken from a public federal court database as of the time of this report Monday afternoon.

Read the judge’s order and the original government request for relief below. The latter document was signed by Anthony Erickson-Pogorzelski, an assistant U.S. attorney.