Michael Sussmann Asks Judge to Toss Durham Indictment, Says He ‘Did Not Make Any False Statement to the FBI’ 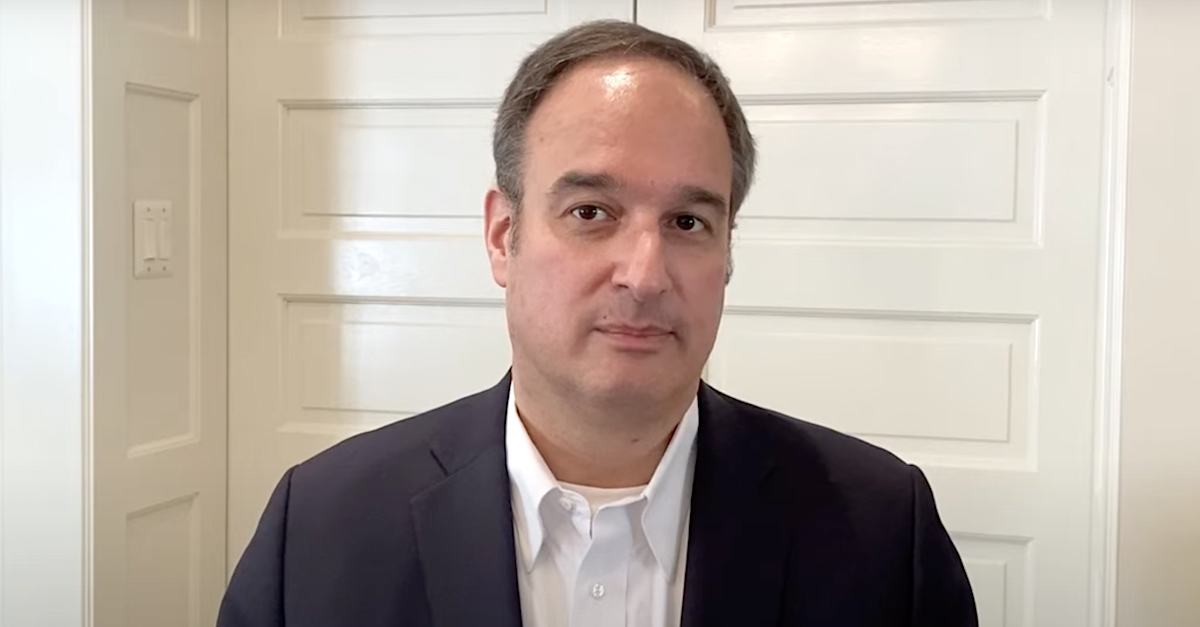 Michael Sussmann, a cybersecurity lawyer who worked for the Hillary Clinton presidential campaign in 2016, filed a motion to dismiss his federal indictment on a lone false statement charge on Thursday.  As part of the motion, Sussmann says he didn’t lie to the FBI.  Plus, Sussmann’s attorneys argued that the government’s version of the facts alleged a lie so trivial or immaterial that it does not warrant a federal criminal prosecution even if it was true.

In September 2021, special counsel John Durham obtained a 27-page indictment alleging the Perkins Coie partner “lied about the capacity in which he was providing [information] to the FBI.” The charging document specifically claimed that Sussmann “stated falsely” that he was not working “for any client” when he provided the FBI with information about the Trump 2016 presidential campaign. To the contrary, the government alleged, Sussmann was working on behalf of a tech industry executive, an internet company, and Clinton’s 2016 presidential campaign itself.

The defendant’s 29-page motion to dismiss primarily challenges the government’s theory that Sussmann’s statement was material at all.

“The Indictment against Mr. Sussmann plainly fails to allege a false statement that meets [the] legal standard for materiality,” the motion argues later on.

The document argues that the defendant’s never-confirmed tip about the Trump campaign’s connection to a bank allegedly linked to the government of the Russian Federation would have been investigated by the FBI regardless of the defendant’s status.

From the filing (again, emphasis in original):

[T]he Indictment does not allege that Mr. Sussmann knew — or should have known — that the Russian Bank-1 Information was false. Instead, Mr. Sussmann is charged simply with purportedly lying about whether he was acting on behalf of a particular client when conveying that information. That is, the alleged false statement concerns, at most, Mr. Sussmann’s purported motivation for providing the tip to the FBI — not the tip itself. A false statement of this sort does not have the requisite close nexus to the FBI’s decision whether to initiate an investigation and is thus incapable of influencing that decision as a matter of law.

To hear the former Clinton attorney tell it, he was simply providing the FBI with a tip. And, Sussmann says, the tip isn’t itself identified as “false” in the indictment.

The motion to dismiss also makes sure to argue that Sussmann didn’t even lie in the first place.

“Sussmann did not make any false statement to the FBI,” the introduction says.

The FBI has, however, since concluded the alleged link between Trump’s 2016 campaign and Alfa Bank was not true.

Additionally, Sussmann claims, the FBI already knew about the information he allegedly lied about.

Again, from the filing; again, the emphasis is in the original:

Moreover, even the Indictment’s own allegations undermine any claim that the false statement could have been material. The Indictment alleges that the FBI “might have” taken “additional or incremental steps” had it known of Mr. Sussmann’s purported clients. But there is no reason the FBI would have acted differently if it learned of Mr. Sussmann’s supposed relationship with the Clinton Campaign. The FBI was already aware of what the Indictment described as the “political nature of his work.” Indeed, the Indictment makes clear that the FBI and Mr. Baker himself were well aware that Mr. Sussmann was representing the Democratic National Committee at a time when Hillary Clinton, the Democratic nominee for president, was the Democratic National Committee.

And, in continuing with a theme from another series of recent filings in the case, Sussmann goes on to essentially argue that Durham’s prosecution is political.

“[A]llowing this case to go forward would risk criminalizing ordinary conduct, raise First Amendment concerns, dissuade honest citizens from coming forward with tips, and chill the advocacy of lawyers who interact with the government,” the motion says. “The Special Counsel’s unprecedented and unlawful overreach should not be countenanced, and the single count against Mr. Sussmann should be dismissed.”