Lawyer Who Allegedly Threatened to Spread ‘Nude Photographs’ of Florida Judge During Re-Election Campaign Can Be Sued for Punitive Damages: Court 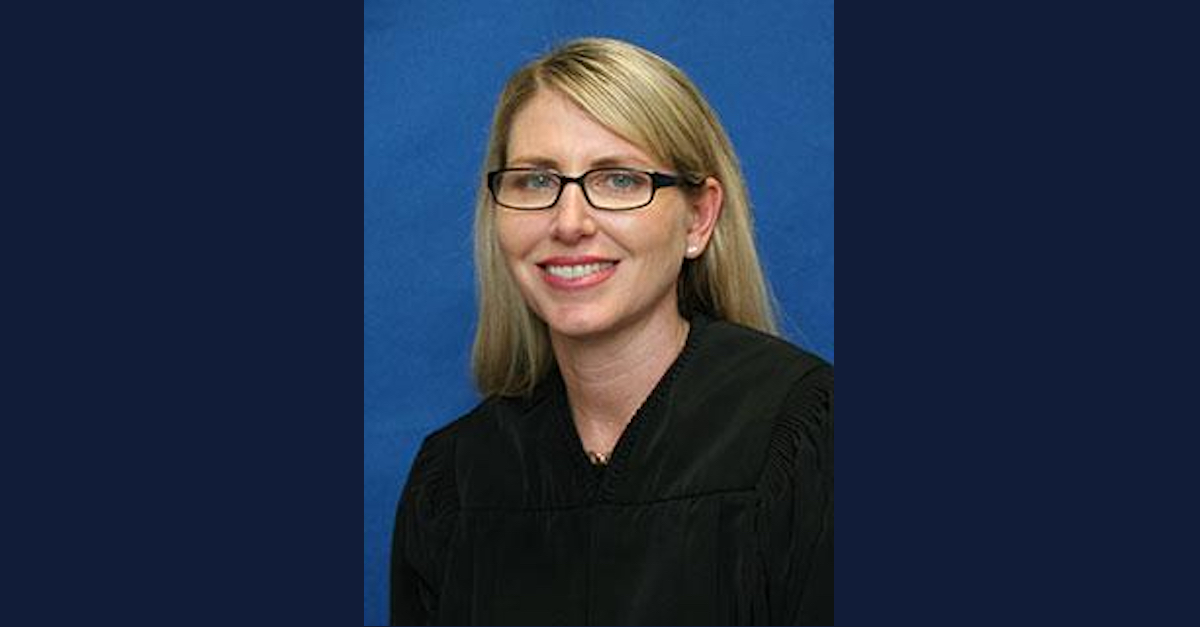 A Florida judge can seek punitive damages against a lawyer who threatened to disseminate alleged naked pictures of the jurist prior to an election, a separate Florida judge ruled recently.

The plaintiff in the case, Judge Marni Bryson, sued attorney William R. Scherer, Jr., and his law firm Conrad & Scherer LLP in April 2019. The case is still winding its way through the courts, but another judge, Judge William L. Roby, ruled on Dec. 9 of this year that Bryson can seek punitive damages against Scherer — damages that are designed specifically to punish the lawyer.

The parties have issued wildly different versions of the facts. According to Bryson’s original lawsuit, here’s the judge’s version of what happened:

In the lead-up to her re-election, Judge Marni Bryson (“Bryson”) had to choose. Moments earlier, she had been sitting on the bench, presiding over court. Bryson’s staff informed her of an unexpected visitor, a prominent attorney, waiting in the judge’s chambers with an urgent matter. Baffled, Bryson halted the court proceedings and took the meeting. The visitor informed Bryson that she could either quit her efforts to protect her child and enforce a martial settlement agreement in a child custody dispute or — if Bryson would not relent — then attorney William R. Scherer Jr. (“Bill Scherer”), the managing partner of the law firm of Conrad & Scherer (“C&S”), would release intimate photographs of Bryson prior to the election.

After recapping the basic unwinding of Bryson’s marriage and the subsequent custody battle which ensued, the lawsuit continued in narrative fashion:

Shock and surprise fell upon Bryson. She was dumbfounded.

Only later would Bryson realize that the only thing these “intimate” photographs could be were photograph(s) chronicling her pregnancy process.  Photographs she took in the thrall and joy of her pregnancy and progress to motherhood.  She would come to realize later that Bill Scherer had been threatening her with the publication of her pregnancy chronicle.

But at that time, Bryson did not know what to think.

Bryson said she was pressured — and caved.

Bryson said she refused to serve a subpoena that would help her custody case and was “too afraid to ask her former husband” for support under the ex-couple’s “marital settlement agreement because of Bill Scherer’s threats.” 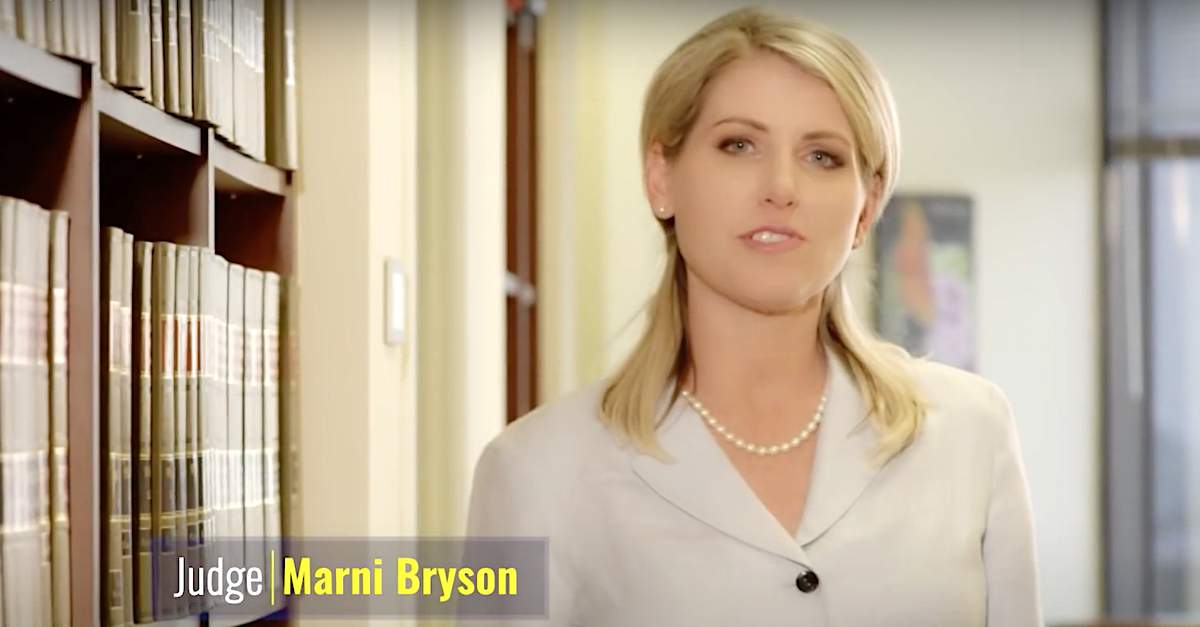 Judge Marni Bryson appears in a screengrab from a YouTube campaign video.

Bryson sued for intentional infliction of emotional distress and injunctive relief. The latter claim sought to ban Scherer or C&S from disseminating any images in his possession. It also sought to force Scherer and C&S to turn over any images in their collective possession so that Bryson could ascertain “the roots and sources” of the material — assuming it existed.

“Bill Scherer and C&S took these actions with an intent to extort Bryson with regard to her efforts to enforce her marital dissolution agreement,” the allegations continued. “Threats to cause mental or psychological injuries are generally prohibited under [an] extortion statute.”

As part of the claim, Bryson accused Scherer of violating both the “criminal law” and the Florida Rules of Professional Conduct which govern attorneys.

Bryson also sought permission to go after Scherer for punitive damages. After significant legal wrangling and the recusal of a number of judges in the area, Judge Roby, who normally sits in a separate county, ruled on Dec. 9 that Bryson could seek such an award. 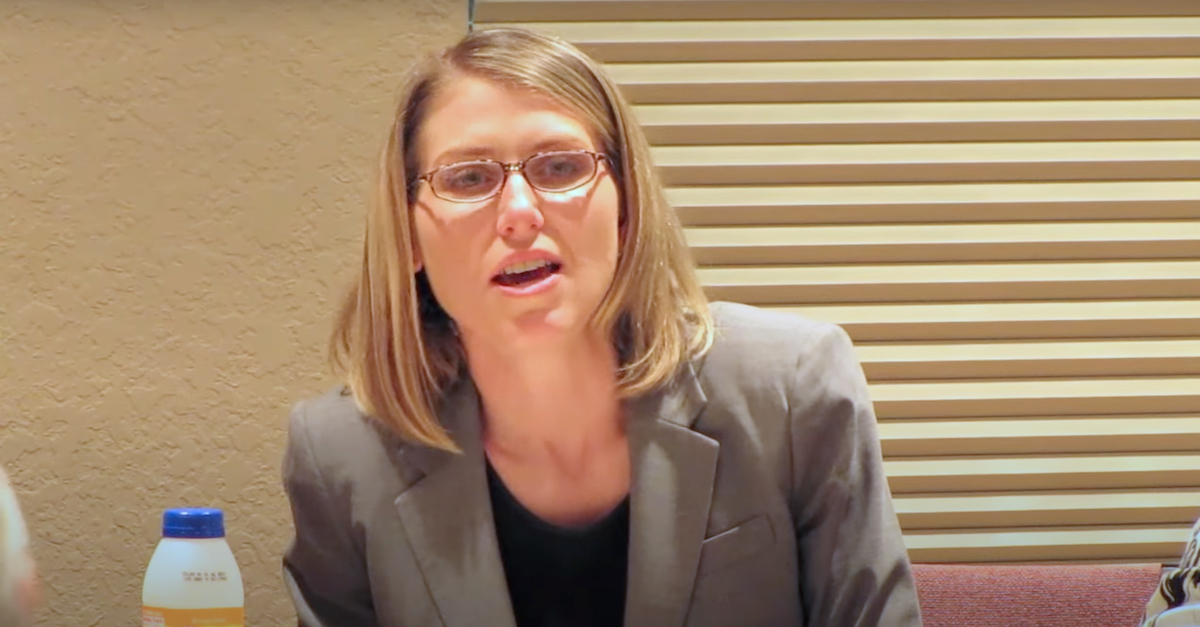 “Plaintiff has identified intentional misconduct on behalf of Defendants that satisfies the statutory Requirements of Fla. Stat. § 768.72,” Roby wrote.  “In this case, Plaintiff has shown by the weight of the record evidence Defendants had actual knowledge of the wrongfulness of their conduct, knew with certainty their conduct would result in severe emotional distress to Plaintiff, intentionally pursued that course of conduct, and the emotional distress to Plaintiff occurred.”

“Defendant Scherer is a long time litigator who is aware of the legal duty not to make ex parte contact with a represented party,” Roby noted.

“The intentional misconduct by Defendant is an alleged extortionate scheme to threaten Bryson, a sitting judge, with the release of nude photographs and other damaging information if she did not acquiesce to Defendants’ demands to the alleged detriment of her minor child,” Roby also observed. He concluded that the defendant “contacted a stranger to the child custody proceedings” who was another attorney. The defendant showed the stranger “nude photographs” that were allegedly “of the Plaintiff” and attempted to involve the stranger in the scheme.

For those reasons, Roby said Bryson could seek punitive damages.

Back in May 2019, the defendants asked a judge to toss the case.

“The purpose of a complaint is to frame the issues, not make headlines,” Scherer and his law firm shot back at Bryson. “The Complaint in this action ignores this sound principle.”

Scherer claimed that neither he “nor any member of his Firm represented Bryson or her former husband” in their divorce proceeding or in any other proceeding. Rather, Scherer represented another woman Bryson’s ex-husband was dating, court papers assert.

Scherer’s motion to dismiss the case continued on with an entirely distinct assessment of the facts. He suggested that he was actually trying to help Bryson. Again, from the motion to dismiss, at length:

Prior to filing her post-divorce proceeding, Bryson learned that her husband had an ongoing romantic relationship with the wife of a married man. Incensed by her former husband’s interest in another woman, Bryson began an unrelenting campaign of harassment against the woman through text messages and emails. Bryson then began her own relationship with the husband of this woman which led to unimaginable consequences for these four individuals. For instance, unaware that this man shared a cellular account with his wife, Bryson texted nude photographs of herself to him following an evening of drinks together, which then came into possession of his wife. Perhaps unaware that the wife had these photographs, and hoping to gain some sort of advantage in the post-divorce proceeding by exposing the affair, Bryson served a subpoena on the woman to produce documents and testify in the post-divorce proceeding. The woman engaged Scherer and the Firm to represent her should she be required to give testimony and produce documents in compliance with the subpoena.

Recognizing that the subpoena had no legitimate purpose would require production of the harassing text messages, emails, and photograph Bryson had sent, Scherer reached out to an attorney in Palm Beach County who he believed represented Bryson to explain the purposeless point of the subpoena and the harm that could befall Bryson should she not withdraw it. As a result, Bryson did not require compliance with the subpoena, and the post-divorce proceeding concluded without this woman’s participation. Scherer and the firm had no other involvement int he matter and closed the file.

In a separate matter, the Florida Supreme Court in November suspended Bryson for 10 days and fined the judge more than $37,000 for failing to show up for work.

Read the various litigation documents below: