N.J. Wife Claims She ‘Accidentally’ Shot Disabled Husband in Head as He Slept, Waited to Call 911 to Brush Her Teeth 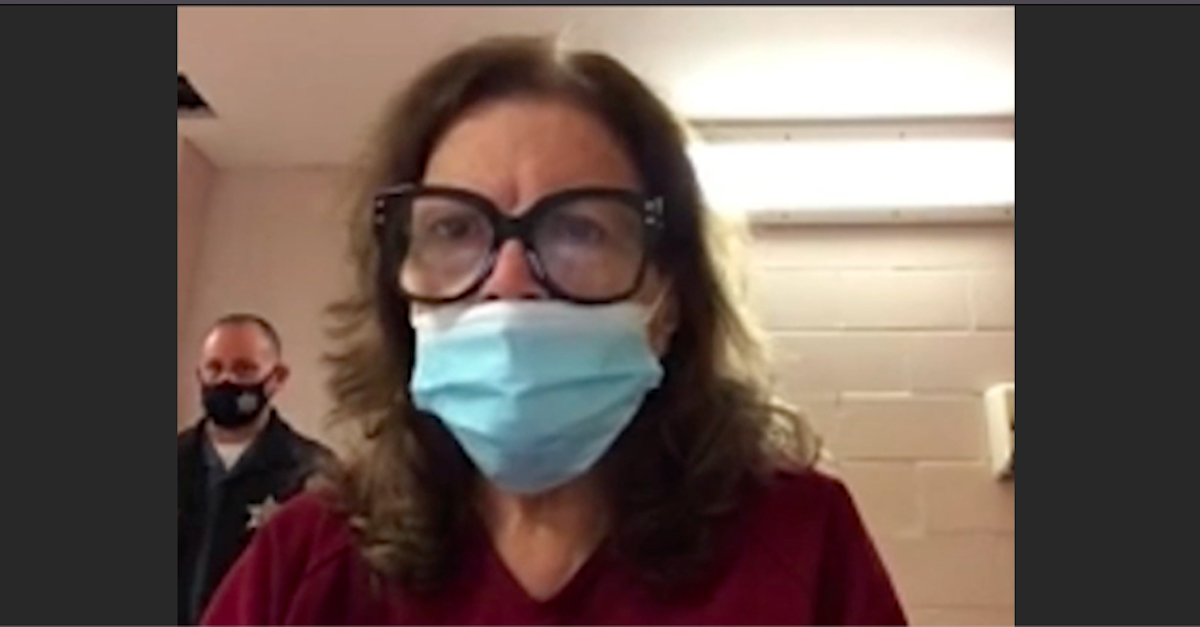 A New Jersey woman was arrested after she allegedly told police she “accidentally” shot her disabled husband in the head while “playing” with her gun, then got dressed and brushed her teeth before calling 911.

In an additional twist, it also appears that 73-year-old Michele Linzalone performed several internet searches concerning what happens when “you shoot someone in the head” in the minutes before her husband, Rocky V. Linzalone, was fatally shot, NJ Advance Media reported.

Prosecutors in Monmouth County this week charged Michele with one count each of first-degree murder and possession of a weapon for an unlawful purpose.

Officers with the Middletown Police Department and Emergency Medical Services personnel responded at approximately 10:13 a.m. Monday morning to the couple’s home located on Borden Road after Michele allegedly called 911 and told a dispatcher that she had accidentally shot her husband in the head while the man was asleep.

“She advised the 911 dispatcher that she was playing with the gun and it went off and hit her husband,” an affidavit obtained by the outlet reportedly states.

The dispatcher reportedly asked if her husband was still alive and she responded, “So far.”

Upon arriving at the scene, Michele reportedly directed first-responders to an upstairs bedroom in the home where they discovered Rocky on the bed with an apparent gunshot wound to the head. A comforter covered his body and a pillow was pressed against his head, the report said. The victim was pronounced dead at the scene.

In an interview with officers, Michele reportedly said she kept the handgun in a bedside dresser for protection but claimed to be unaware that the firearm was loaded. She reportedly repeated to officers that she had been “playing” with the gun when it accidentally discharged.

“When the officer asked her what she meant by ‘playing,’ she stated that she was aiming the firearm at her husband while he was sleeping,” the affidavit reportedly states. She also reportedly said she “pulled the trigger believing the gun was unloaded.”

When asked about the timeline of events, Michele reportedly said that after the gun went off she waited approximately 20 to 30 minutes before calling 911 because “she was in shock and wanted to get dressed and brush her teeth” beforehand.

Michele’s already bizarre story seemed to further unravel when officers searched her cell phone and reportedly found that she had searched, “If you shoot someone in the head, will they die instantly?” just 22 minutes before she called 911.

When detectives told her she was being charged with murdering her husband, Michele reportedly responded, “If I was the only one there, how can they prove it wasn’t an accident,” per the affidavit. She had also reportedly searched, “Do you die instantly from a gunshot to the head? Do you feel any pain at all?” and “Are hollow-point bullets more powerful?”

Two family members reportedly told investigators that Rocky had suffered a series of strokes that left him physically disabled, making Michele his sole caretaker, a role they said she had grown weary of.

“The family members stated that this appeared to take a toll on (Michele) and she became resentful for this towards the victim,” the affidavit reportedly states.

Michele is currently being held in Monmouth County Jail without bond. She appeared virtually in court Friday for her arraignment and is scheduled to appear before Superior Court Judge Richard W. English for a bond hearing next Wednesday.

Her defense attorney Edward C. Bertucio on Thursday told the Asbury Park Press that the shooting was an accident and prosecutors’ claims about her internet search history was not correct.

“The spin of the state that those searches occurred prior to the shooting will be proven to be inaccurate,” he reportedly said.