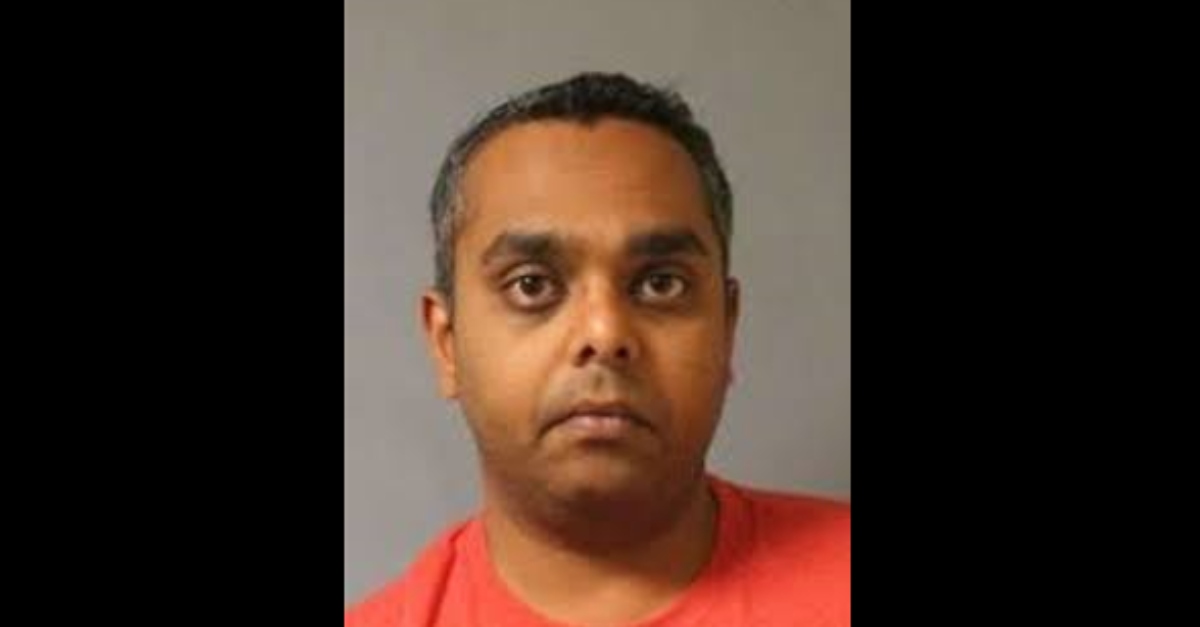 State supreme court justices upheld the conviction of a New York man who snuck into people’s homes and watched them sleep, but the court also cut his sentence in half.

The justices, reasoning that “sleeper creeper” Ramiz T. Hajratalli, 45, had no criminal history before this and caused no physical harm, decided that his 15-year punishments for burglary in the second degree should run concurrently instead of consecutively.

As burglary in the second degree is a class C violent felony, defendant’s sentencing exposure was a determinate prison term from 3½ to 15 years on each conviction … County Court imposed the maximum possible sentence on each conviction, to run consecutively, amounting to an aggregate prison term of 30 years. Although consecutive sentences were statutorily authorized … defendant has no prior criminal history and his conduct, while serious, did not result in any physical touching or harm. These factors, coupled with the other mitigating circumstances reflected in the presentence investigation report, compel our conclusion that the sentence imposed is harsh and excessive. Accordingly, we modify the sentence in the interest of justice by directing that the prison terms for both burglary convictions shall run concurrently …

Justices Christine M. Clark, John P. Colangelo, and Stan L. Pritzker joined in the ruling, but their colleague John C. Egan Jr. dissented. He maintained there was nothing untoward about the original decision to have the burglary counts run consecutively, and it was within statutory parameters. As far as he was concerned, the 30-year sentence passed the legal smell test.

“In my view, the record does not reveal any abuse of discretion by County Court or extraordinary circumstances that would warrant our modifying the sentence in the interest of justice,” he said.

Hajratalli’s argument did not succeed beyond the sentencing change. His defense did not move justices toward overturning the conviction for sneaking into homes on July 29, 2017 and Aug. 11, 2017.

For example, fingerprint experts determined his latent prints were on the outer doorknob of a woman’s bedroom in the July 29 incident. Evidence suggested that he dismantled the doorknob and later discarded the outer portion in her neighbor’s bushes.

According the ruling, the woman woke up and saw a man in the room, but light obscured his features and she believed it was her roommate’s boyfriend. She told him to get out and went back to sleep, but she realized something was wrong after talking to that roommate and after the landlord discovered pry marks on the front door frame, and “paint chips” and “wood chips” on the floor outside of her bedroom.

“On this record, an acquittal on the counts related to the July 2017 incident would not have been unreasonable given victim No. 1’s statement to police that the individual she saw standing in her doorway was a white male and defendant’s testimony that he never entered her apartment,” Lynch said. “Nevertheless, victim No. 1 was extensively cross-examined about her initial description of the perpetrator and, when viewing the evidence in a neutral light and deferring to the jury’s credibility assessments, we are satisfied that the People proved each element of the crimes related to the July 2017 incident beyond a reasonable doubt.”

At sentencing, the woman said that the break-in changed her day-to-day life.

“I regularly wake up when I can’t sleep to place a table in front of my locked bedroom door to ensure that I can, at the minimum, hear when someone breaks in because it’s now a possibility in my mind,” she said, according to the Saratoga County District Attorney’s Office.

In the Aug. 11, 2017, Hajratalli entered a home that reportedly turned out to belong to a cop. The resident saw him in the bedroom doorway, caught him, and held him for law enforcement. Hajratalli denied being inside the house.

“I thought I understood what victims of a crime went through,” the resident, a retired 20-year law enforcement veteran, said at sentencing, according to the D.A.’s office. “I was wrong, real wrong.”

Other failed appellate arguments from the defense included: the assertion that the county court erred in denying the motion to sever the cases; the argument that the county court should have declared a mistrial regarding testimony from a woman who said that she was sleeping at a friend’s house where Hajratalli was in 2014.

In her account, the woman said she woke up to find Hajratalli rubbing her leg. She confronted him, she said.

“I liked you better when you were asleep,” Hajratalli allegedly said.

The incident was not being adjudicated but was admitted as Molineux evidence of a prior, relevant bad act.

The judge struck the woman’s testimony from trial when she brought up, “unprompted,” that Hajratalli brought his hand toward her genitals. This detail was not in the state’s proffer, according to the new ruling. The trial judge told the jurors to disregard her entire testimony.

Justices gave jurors the benefit of the doubt, presuming that they followed the instruction.