McConnell Said in Private Meeting That He Doesn’t Have Votes to Block Witnesses: Report 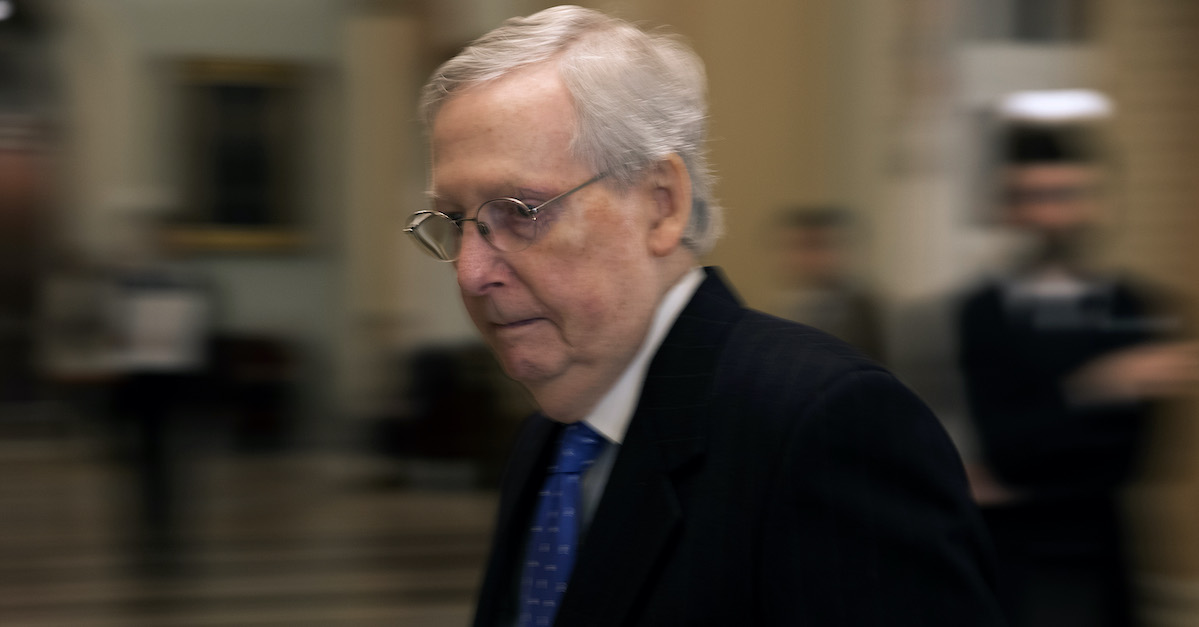 This nugget is hot off the digital press at the Wall Street Journal:

The news comes down as the specter of John Bolton’s book, and the purported claims therein, continue to garner significant attention in mainstream national media outlets. It suggests that Sen. Angus King (I-Maine) was on to something when he boldly predicted that enough GOP Senators would vote to hear witnesses (Senate Democrats need four GOP Senators).

King, it should be noted, actually predicted that five to 10 GOP Senators would vote to call witnesses. We’ll see if that’s true.

The news also appears to give credence to reports that the president is increasingly resigned to the reality of witnesses in the wake of the Bolton book reporting:

According to several people who spoke to him, Mr. Trump has sounded resigned to the possibility of witnesses after The New York Times reported Sunday that Mr. Bolton’s manuscript described the president directly tying the release of security aid to Ukraine to the country’s pursuit of investigations he sought into Democrats.

It was reported a couple of weeks ago that McConnell neither had the votes to dismiss the articles of impeachment nor the votes to block witnesses. It’s not clear how much Bolton’s book has to do with the current situation.