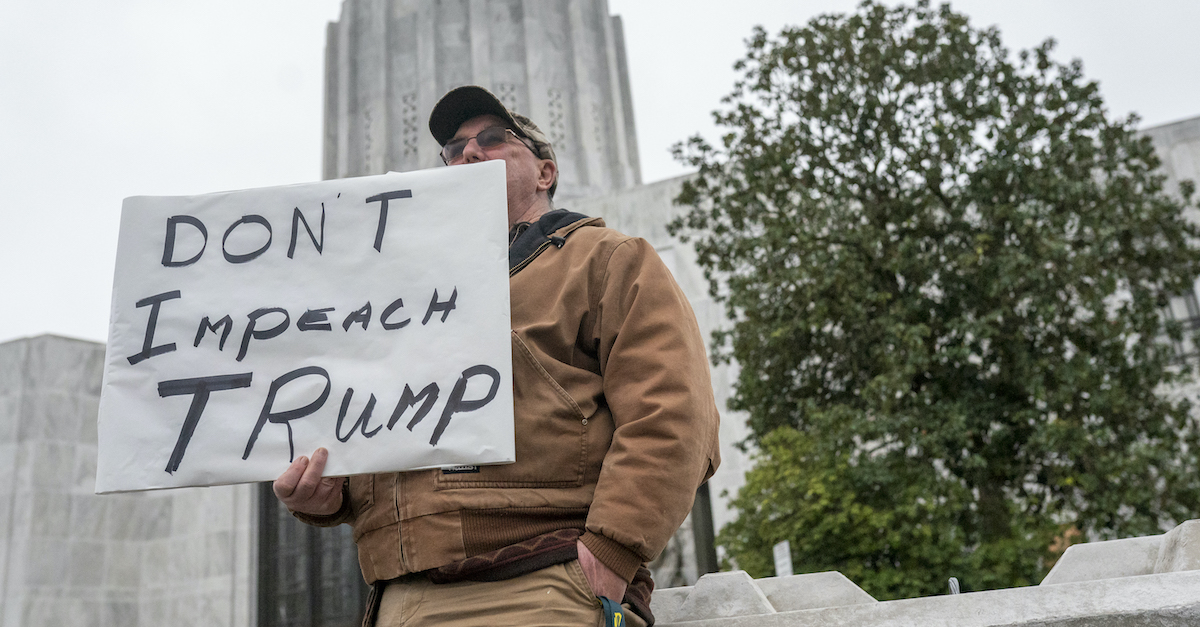 A South Carolina lawyer with experience defending a high-profile client in an impeachment will represent former President Donald Trump.

As first reported by Punchbowl News’ John Bresnahan and Jake Sherman, Sen. Lindsey Graham (R-S.C.) said during a Senate GOP conference call that attorney Butch Bowers would defend Trump against the incitement of insurrection charged levied by the House.

This is an important development for Trump because 1) there is a lawyer who will defend him and 2) the lawyer has experience in impeachment representation, having represented former South Carolina Gov. Mark Sanford in a state impeachment proceeding.

This wouldn’t be his first impeachment. Butch Bowers and I worked together on the impeachment proceedings involving South Carolina Governor Mark Sanford. (The House voted not to impeach.) https://t.co/9udFgf5yFx

Here’s a photo of Bowers’ office. You may recognize the name of the other attorney who used to work in the same building with him before taking on a different job. #scpol pic.twitter.com/iFo7m5FEDE

Lawyers had not exactly been lining up for this task of representing Trump in the aftermath of Jan. 6.

Confirmed that Graham said this on the call. Trump’s other lawyers had all bowed out. https://t.co/9bVCvdtjjq

Rudy Giuliani had briefly flirted with the idea of representing Trump in the Senate, prompting critics to say it would be better for Trump to have no defense team. Giuliani ultimately backed off, calling himself a “witness and therefore unable to participate in court or in the Senate chamber.”

You can expect Bowers and a number of Senate Republicans to argue that the Senate lacks jurisdiction to try Trump now that he is out of office. Alan Dershowitz advanced this argument in the pages of the Wall Street Journal as recently as Wednesday.

Sen. John Cornyn (R-Texas), for one, amplified this argument.

Now that Donald Trump is a private citizen, the Senate should dismiss the article of impeachment against him for lack of jurisdiction, writes @AlanDersh https://t.co/O6I8XFbQll via @WSJ

A host of other defenses have also been telegraphed.