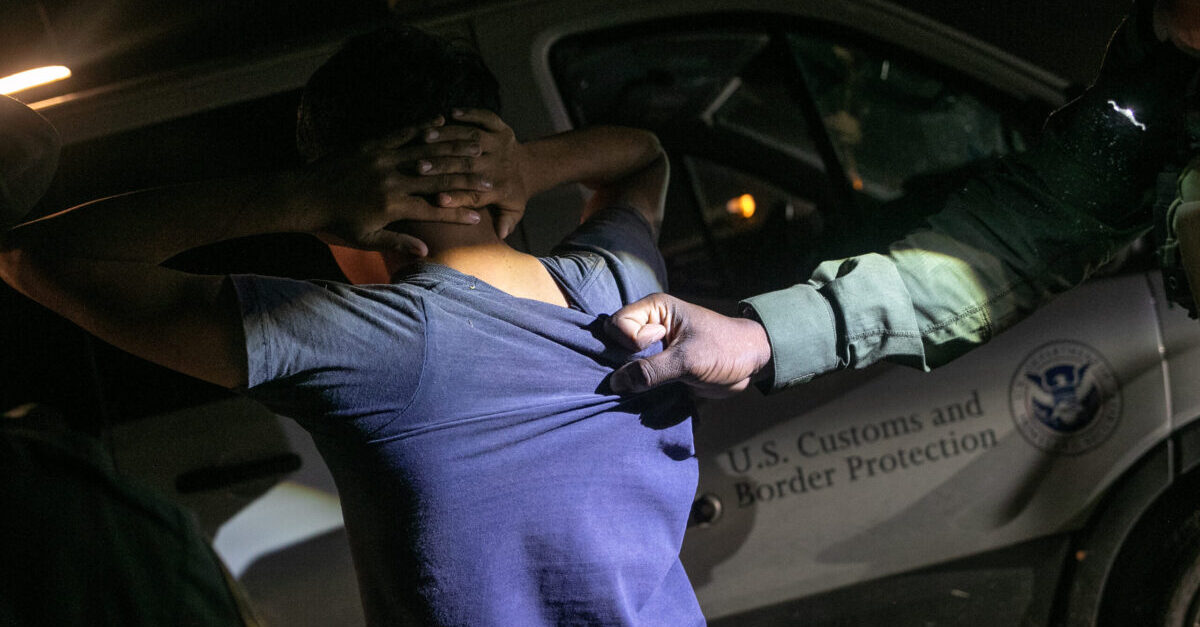 U.S. Border Patrol agents detain a 16-year-old undocumented immigrant minor from Mexico on September 10, 2019 in Mission, Texas. He had crossed the Rio Grande into Texas with a group earlier in the day, according to border agents who tracked them with a K-9 unit and Customs and Border Protection helicopter assistance.

“We do not have a policy of separating families at the border,” then-DHS secretary Kirstjen Nielsen said in late June 2018. “Period.”

A January 2018 memo from an internal agency within the DHS umbrella, however, highlights several “Problematic Outcomes” with the father agency’s “pilot” deterrence strategy that began well before the immigration policy was announced to the general public.

The agency singled out an instance in which a four-year-old was “returned alone to Central America” and warned that the policy threatened to establish “[p]ermanent family separation” and a “[n]ew population of U.S. orphans.”

According to DHS, the CRCL “works collaboratively with” various other immigration agencies in order to “[i]ncorporate civil rights and civil liberties protections into immigration-related programs, policies, procedures, and operations throughout the [DHS].”

Salvano-Dunn’s memo, first obtained by nonprofit government transparency organization American Oversight, was based on CRCL’s investigation into 27 of the 950 “family separation matters” the agency received starting in 2016.

The memo cited a “[l]ack of clear, formalized family separation decision-making criteria [and] separation procedures [that] lead to different outcomes for family members arriving together” as well as “[i]nconsistent” forms of “record-keeping on family separations” including information such as the “names of parent(s)/children” as well as their specific detention locations, “inaccurate spelling” of the detained immigrants’ names, and “missing required separation approval documentation.”

“Prolonged separations of parents and minor children” were expected, according to the prescient report–including “[n]ursing mothers and infants separated” from one another for significant periods of time.

The memo predicted–based on various agencies’ prior experiences separating families–that the policy would result in “[n]o contact or awareness of other family members’ locations” and “[n]o established process to coordinate communication among separated family members.”

DHS also noted that “[f]amily reunification upon release or bond is difficult due to detention placements” and “communication problems.”

This policy was first acknowledged by then-attorney general Jeff Sessions on May 7 as a form of “zero tolerance” policing–months after several hundred families had already been separated by federal agents.

Internal disagreements between a small minority of Trump administration officials were apparently commonplace during the early days of the pilot program.

As Law&Crime previously reported, attorneys tasked with defending the policy and law enforcement officials tasked with enacting the policy were immediately a point of contention. Court documents showed the administration refused to defend the family separation policy by that name and effectively denied that any such policy actually existed.

An analysis of border crossing and detention data from the months comprising the height of the family separation policy tended to show that there was not an actual “zero tolerance” policy in effect, but rather a determination to focus on detaining and separating immigrants with children.