‘Why Are You Not Repentant?’: Crowd Shames Disgraced Ex-Cardinal Theodore McCarrick Before He Pleads Not Guilty to Sexually Assaulting Boy 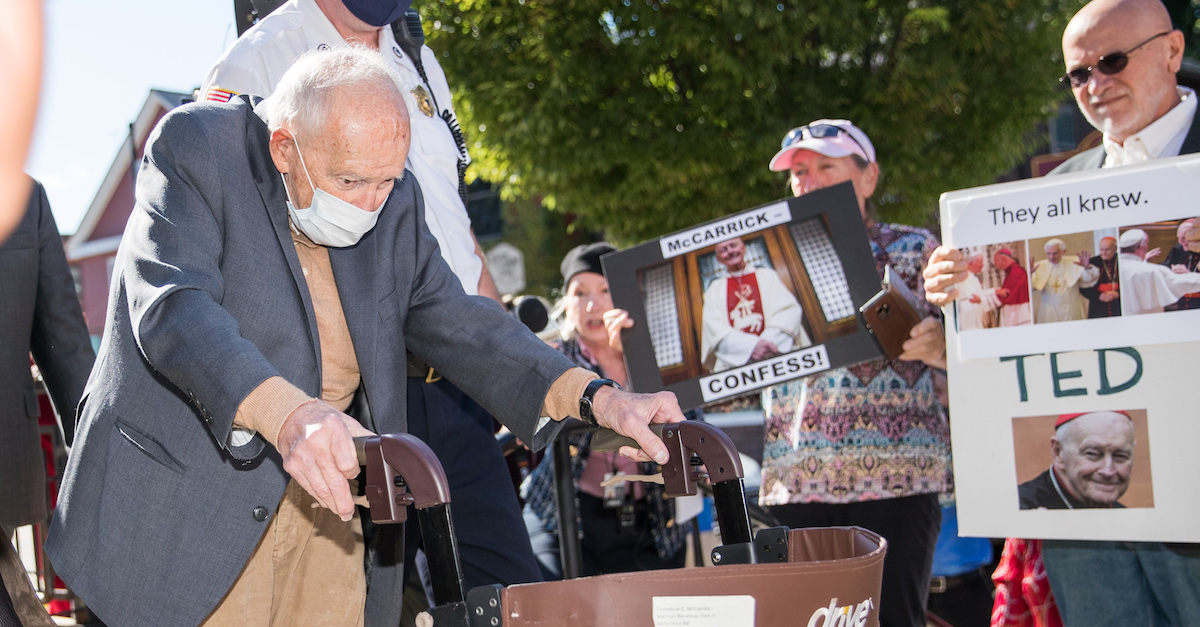 Ex-Cardinal Theodore McCarrick passes protesters as he leaves the Dedham courthouse after pleading not guilty during his first appearance for sexual assault charges on on Sept. 3, 2021.

Videos captured a throng of spectators shaming the defrocked priest on his way to Dedham District Court in Massachusetts, where he reportedly pleaded not guilty to three charges of indecent assault and battery on a person over the age of 14.

“Why are you not repentant?” one could be heard shouting at McCarrick, now 91, in footage captured by the Catholic News Agency.

The Washington Post reported that some screamed: “Shame on you!”

As previously reported by Law&Crime, McCarrick stands accused of sexually assaulting a 16-year-old boy during the wedding reception of the teenager’s brother in 1974.

After allegedly violating the unnamed victim in the coat room, McCarrick told him to say “one our father and three hail Mary’s, so God can redeem you of your sins,” according to a copy of the criminal complaint.

That lawsuit alleged that McCarrick sexually assaulted “at least 8 minor boys” between 1970 and 1990.

“In 1992 and 1993, a series of six anonymous letters and one pseudonymous letter were sent to the National Conference of Catholic Bishops, the Apostolic Nuncio and various United States Cardinals accusing McCarrick of pedophilia,” the Aug. 4th lawsuit states. “One of the letters also indicated that authorities in Rome had known about McCarrick’s ‘proclivity for young boys’ for decades.”

In 2019, the Vatican defrocked McCarrick after finding him guilty of sexual abuse and released a report about its institutional knowledge of his alleged abuse a year later.

McCarrick’s criminal prosecution centers around alleged abuse on June 8, 1974, nearly half a century ago.

The alleged victim says that McCarrick took him to a “coat room kind of closet in the front area with a table and two chairs” and told him he needed to go to confession, where the then-Monsignor is said to have sexually abused him orally.

Months later, McCarrick met with then-President Gerald Ford in October 1974. Photographs from the Ford Library and Museum show the encounter, where records show Ford and McCarrick seated by a fireplace and discussing drought in Africa. 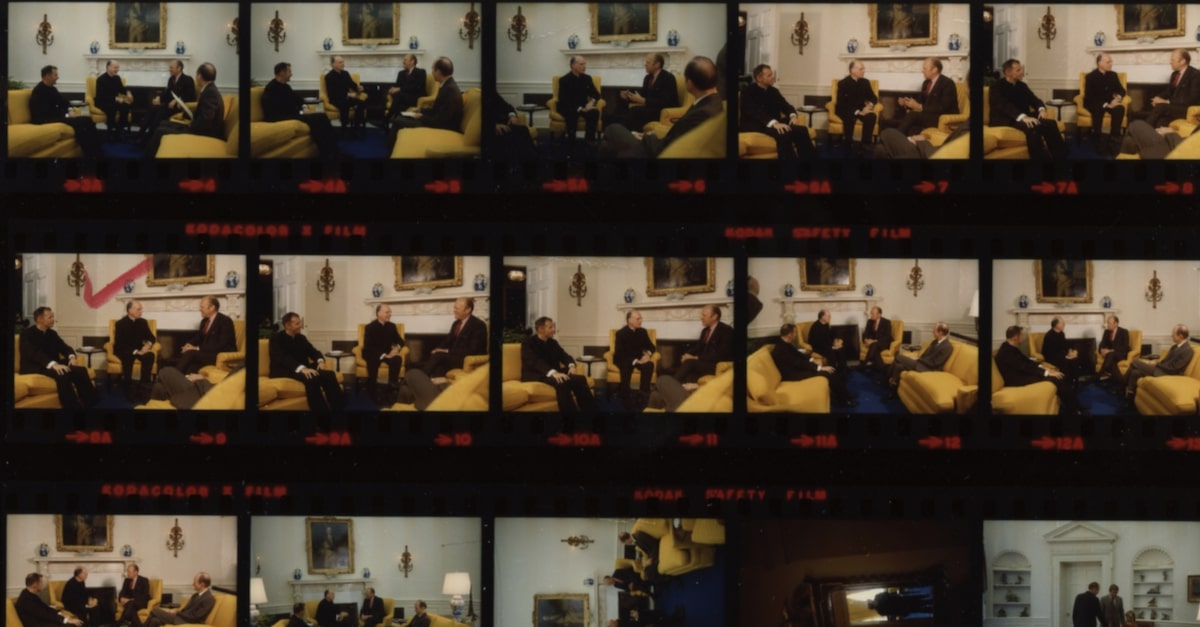 The Post described the Friday arraignment as a quick process, where McCarrick was forced to relinquish his passport and stay away from the alleged victim and any minors.

The Boston Globe put childhood sexual abuse within the Catholic church on the national radar in an explosive investigative series in 2002, which was given the Hollywood treatment more than a decade later in a film named after the “Spotlight” team that broke the story.

“The message of morality being sent in any court action by a courageous clergy sexual abuse victim or survivor should not be lost on the Catholic Church,” Garabedian said in a press statement.