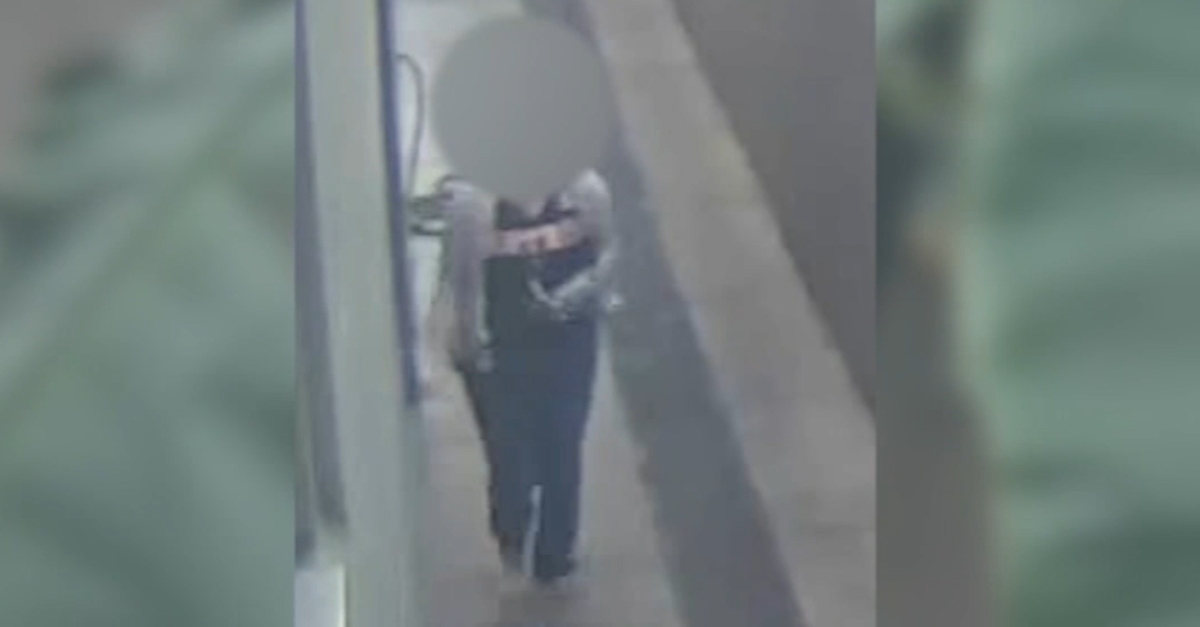 Surveillance footage of woman identified as Tiffany Peteet, who appeared blurred in the KTRK report.

Authorities say a woman killed a 57-year-old nurse in Texas who called her out on having access to her bank accounts, credit cards, cell phone, and car, according to KTRK. The suspect was already charged in a separate case in which she allegedly skipped out on a Botox bill and made threatening calls to the doctor.

Tiffany Peteet (a.k.a, Tiffany Michelle Patterson), 33, was booked into the Harris County Jail on Tuesday for killing Donna Abshire, records show. Authorities say she committed the murder on July 10, 2020.

Donna Abshire was shot & killed last summer. Her son told me, “She was a kindhearted soul. She loved helping people. “

Tonight on @abc13houston– how her helpful nature may have made her a target of a woman who police say committed murder while out on bail for other crimes pic.twitter.com/W88ERGlmK7

“She took everything from us, and what she did can never be undone,” Abshire’s son Derek Abshire told KTRK of Peteet.

The story that a prosecutor told court on Wednesday is that the defendant got access to Donna’s bank accounts, credit cards, cell phone, and car. Donna Abshire demanded this back, but Peteet shot and killed her the next day, authorities said. Video showed Peteet being the last person to enter and leave Abshire’s place for the last time, the prosecutor said.

In a 2017 case, Peteet allegedly skipped out on a bill for thousands of dollars of Botox and Juvederm treatments. She made threatening calls to the doctor after there were charges, and the doctor said he considered her to be dangerous, authorities said. Derek Abshire suggested that Peteet took advantage of their mother.

Peteet’s attorney of record in the new murder case and tampering with evidence case did not immediately respond to a Law&Crime request for comment.