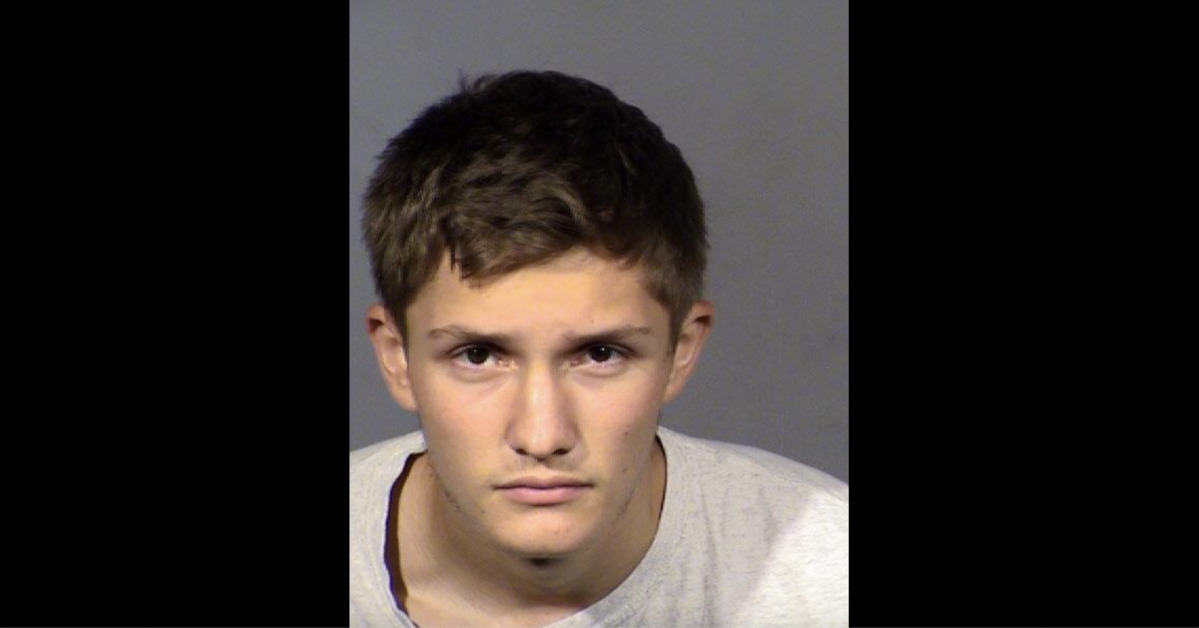 A Nevada teenager allegedly committed a random and brutal murder in between classes at high school, according to police in Las Vegas.

Detectives with the Las Vegas Metropolitan Police Department told the outlet that Guintu, his wife and mother-in-law heard a noise late in the morning that day. Guintu went to check on the sound and was stabbed in the neck. The victim’s wife claims to have seen the assailant, wearing all black, exit through a window in the house.

Additional details about the incident were relayed in a court document obtained by local Fox affiliate KVVU.

On Aug. 27, Goin left first period before choosing a house, stabbing his victim to death and then returning back to school, the declaration of arrest from Clark County Family and Youth Services alleges.

According to that filing, Guintu had just taken his 9-year-old to school and was in the kitchen when he heard the noise in question. His wife was upstairs and his mother-in-law was downstairs. The mother-in-law said she heard another noise moments later whereupon she claims to have seen the black-clad man with a black mask pulled down tight over his face; her son-in-law lying in a pool of blood. The wife saw her husband as she made her way downstairs and then called 911.

The victim was moved to a nearby house by responding officers to wait for paramedics as police were not sure as to the criminal’s whereabouts. Guintu was pronounced dead at 12:45 p.m.

According to the Las Vegas Review Journal, police sources claim a “concerned citizen” tipped them off to a suspicious person in the area in the moments before the 911 call was made. Authorities say they were told a white male with blond hair was walking south due south of the crime scene. The tipster said the man was wearing all black, put something inside of a backpack and had red marks on his arms.

The next day, police say they saw Goin getting into a ride-hailing vehicle. He was wearing all black and carrying a black backpack, authorities claim. The defendant was then questioned.

After an initial bout of cooperation, police allege, Goin was questioned about what appeared to be blood on his boots and ran. He was apprehended soon thereafter without incident.

During a custodial interview, the defendant allegedly told police that he left school because he felt like he was being bullied. Goin said he remembered jumping a wall and staying in someone else’s backyard for awhile but insisted he couldn’t remember all the details of what happened next.

What the defendant did remember, police claim, is that he entered a house through a window and did something bad to somebody. He also said he was aware he had his knife on him and recalled finding blood on the knife. Goin said, however, he didn’t know where the blood came from.

Authorities did not appear to believe the fugue state narrative.

“Goin did not wish to inform the police of his actions because he knew his life would be over,” the arresting officers wrote in their report.

The defendant, police said, repeatedly googled “Summerlin News” while in custody to learn that Guintu had been stabbed to death.

The defendant is currently being held in the Clark County Juvenile Detention Center without bail. His next court date is currently slated for Sept. 9. Under Nevada law, Goin can be treated as an adult for the murder offense [emphasis ours]:

Juveniles Certified for Treatment as an Adult
Section 62B.390 of N.R.S allows a youth to be certified as an adult in the following circumstances: