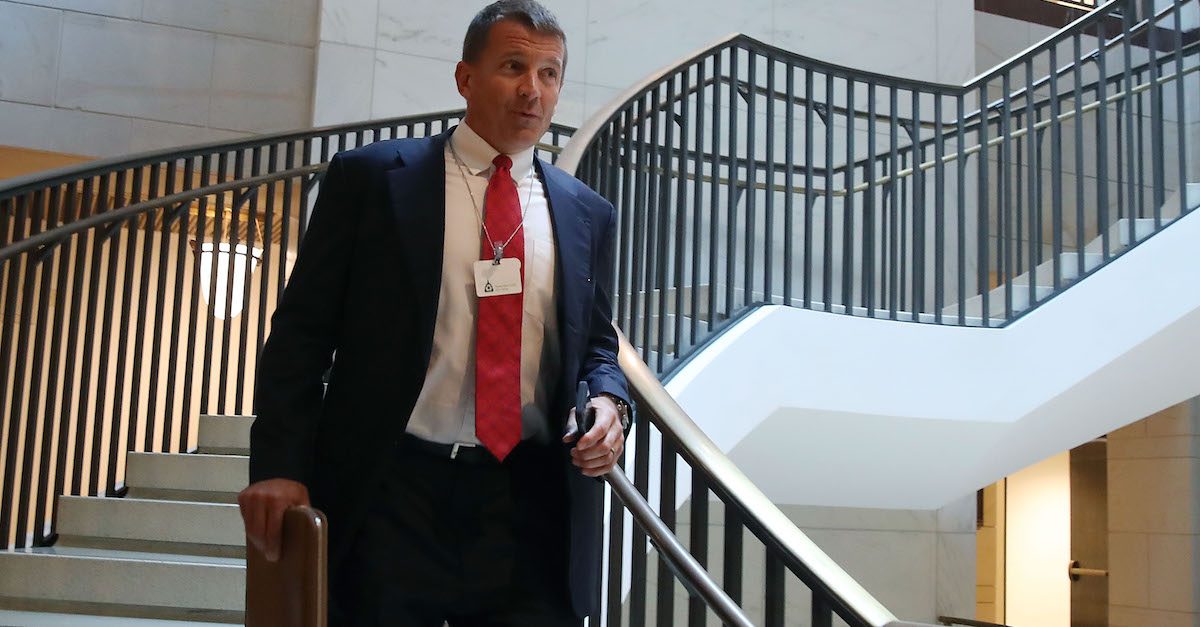 A government watchdog group on Tuesday filed a lawsuit accusing the Justice Department of violating federal public records laws by wrongfully withholding non-exempt documents pertaining to an investigation of whether mercenary and Donald Trump ally Erik Prince lied to Congress amid the Russia probe.

In a complaint filed in the U.S. District Court for the District of Columbia, Citizens for Responsibility and Ethics in Washington (CREW) claimed that the government had failed to follow the law by not providing responses to its requests for public information concerning the Prince probe and whether it may have been affected by the Blackwater founder’s close ties to the Trump administration.

The request stems from Prince allegedly providing false testimony to the House Intelligence Committee in 2017 when discussing his meetings with a Russian banker in the Seychelles islands in early 2017.

As previously reported by Law&Crime, Prince was accused of lying about the genesis of the meetings by calling them “chance” encounters when he was actually involved in planning the gatherings. He also allegedly lied by claiming he was not acting as a Trump representative when, in fact he was being briefed and debriefed before and after  the meetings by Trump’s camp.

Citing the Mueller Report, Rep. Adam Schiff (D-Calif.) promptly made a criminal referral of Prince to DOJ, asserting that Prince misled congressional investigators. Schiff asked for DOJ to investigate whether there was sufficient evidence to prove Prince lied to Congress.

That request included all documents “reflecting any investigation, review, or other action” taken by the DOJ in response to Schiff’s request. The group also sought all communications concerning Prince between the DOJ and Trump or other administration officials, including former Education Secretary Betsy DeVos, who is Prince’s older sister.

CREW additionally emphasized the importance of the documents by pointing to what happened with the criminal prosecution of longtime Trump confidant Roger Stone, saying the DOJ’s reversal of his sentencing recommendation suggested “alarming political interference in the criminal justice process.” Stone went on to be pardoned by Trump.

CREW asked a federal judge to order the DOJ to immediately process and produce the applicable documents and award the organization reasonable attorney’s fees associated with pursuing the request in court.