Texas and Missouri Sue Biden Administration for Shutting Down Trump’s ‘Remain in Mexico’ Policy. They Claim ‘Most Asylum Claims Are Meritless.’ 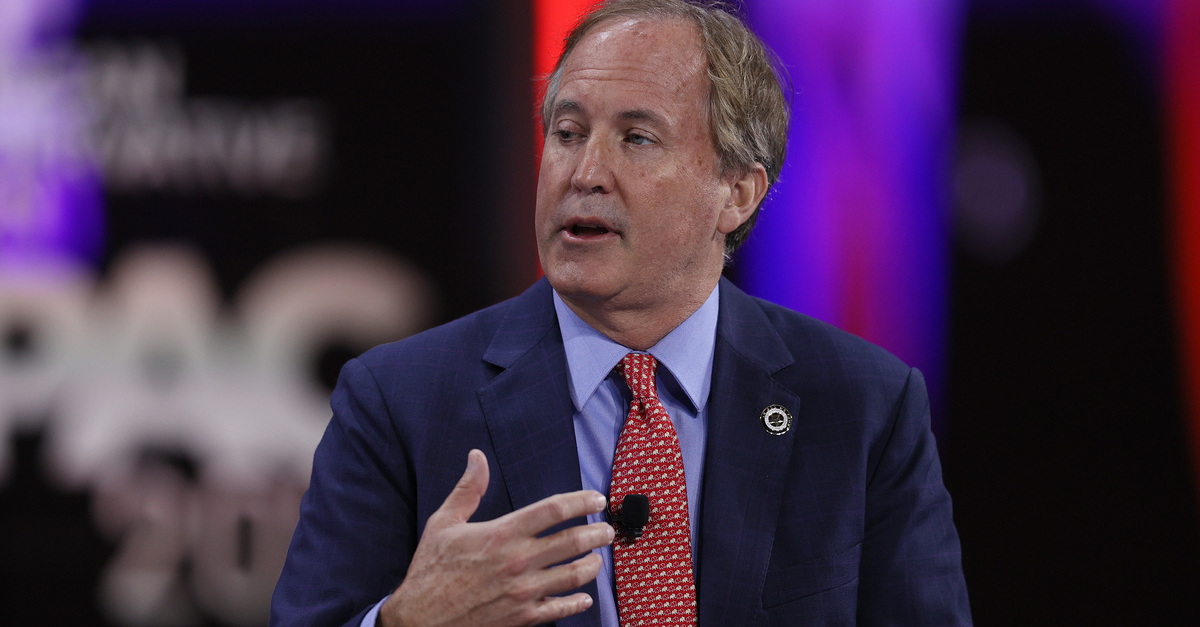 Texas Attorney General Ken Paxton (R) and Missouri Attorney General Eric Schmitt (R) filed a joint lawsuit against the Biden administration in federal district court Tuesday challenging the president’s decision to rescind what is known as the “Remain in Mexico” policy. Under that policy, known formally as Migrant Protection Protocols (MPP), refugees and asylum-seekers are deprived due process, access to counsel, and must remain in Mexico indefinitely while their asylum applications are processed in the U.S. The immigration policy, adopted by the Trump administration, was widely criticized by immigration and human-rights advocates as the source of a humanitarian crisis at the U.S.-Mexico border.

MPP has already been the subject of massive litigation. As challenges to the policy were proceeding in federal court, the U.S. Court of Appeals for the Ninth Circuit issued a temporary injunction in February 2020, thereby halting use of the program during the time litigation was pending. That temporary ruling, however, was reversed by the Supreme Court of the United States the following March. The Court’s order was unsigned, and only Justice Sonia Sotomayor went on record to specifically say she’d have left the injunction in place.

SCOTUS never got to actually rule on the legality of MPP, though. In February 2021, SCOTUS removed the case from its docket as no longer requiring its decision. The Biden administration voluntarily discontinued the program and would not defend its constitutionality in court. The current lawsuit challenges what it calls the administration’s “unexplained and inexplicable” end of MPP.

According to the lawsuit filed in U.S. District Court for the Northern District of Texas, Biden’s “arbitrary and capricious” decision to discontinue MPP has left the state to handle a “huge surge of Central American migrants” — therefore causing the states to bear alleged substantial costs. The complaint alleges that Texas bears the burden of “organized crime and drug cartels [that] prey on migrant communities and children through human trafficking, violence, extortion, sexual assault, and exploitation.”

“These crimes directly affect Texas and its border communities,” reads the complaint, “especially given Texas’s strong focus on combating human trafficking both at the border and throughout the State. The additional costs of housing, educating, and providing healthcare and other social services for trafficking victims or illegal aliens further burden Texas and its taxpayers.”

Missouri alleges that it has also been harmed: “Missouri is a major destination and hub for human trafficking,” the state alleges. “Missouri’s ongoing fight against human trafficking— including the exploitation and trafficking of vulnerable migrants — likewise provides it with justiciable interests that fall within the zone of interests of federal statutes on immigration-related policy.”

The complaint argues that MPP had been “enormously effective” and “an indispensable tool” for combatting illegal immigration. It also goes a step farther by stating that “[m]ost asylum claims are meritless.”

“By returning migrants to Mexico to await their asylum proceedings,” the complaint explains, “MPP eased the strain on the United States’ immigration-detention system and reduced the ability of inadmissible aliens to abscond into the United States.”

Unless MPP is put back into effect, Texas and Missouri argue, “the influx of unlawful immigrants with meritless claims of asylum will result in additional unlawful migrants entering and remaining in Texas and Missouri, thus forcing both States to expend more taxpayer resources on healthcare, education, social services, and similar services for such migrants.”