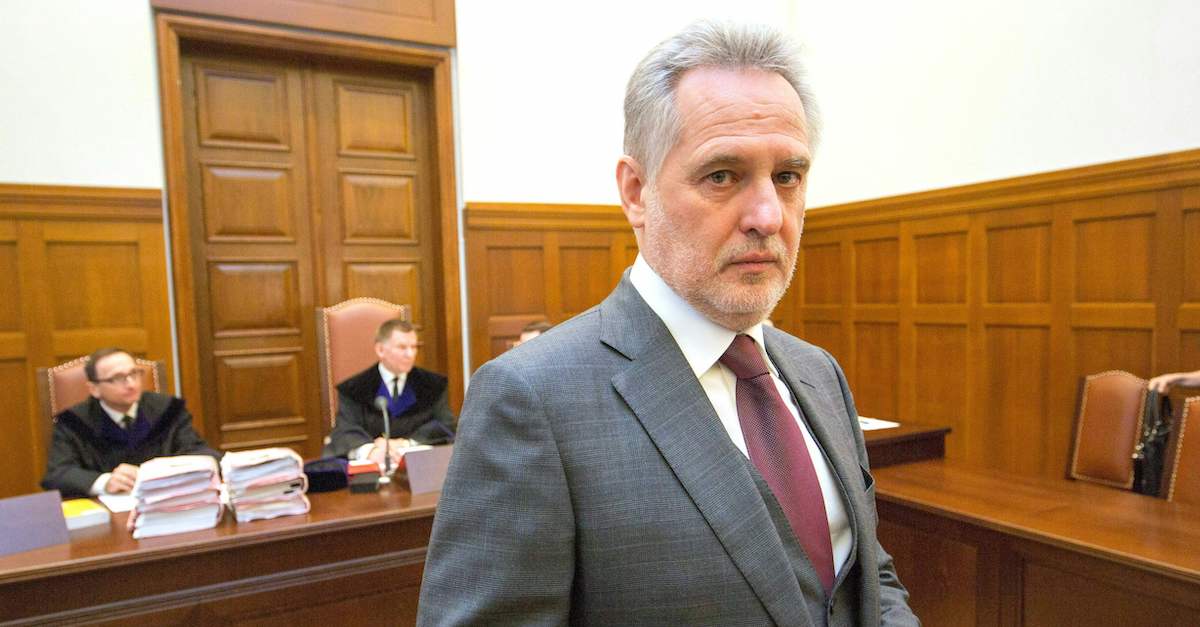 Ukrainian oligarch Dmytro Firtash is pictured prior to a public hearing at the higher regional court in Vienna on Feb. 21, 2017.

A billionaire with alleged ties to the Russian mafia, Dmytro Firtash has been fighting extradition from Austria for more than half a decade, ever since a U.S. grand jury indicted him for conspiring to commit bribery in 2014. In the intervening years, Firtash’s name repeatedly came up in the context of Trump’s scandal in Ukraine. According to an NBC article from January 2020, the oligarch reportedly handed Rudy Giuliani documents used to smear Joe Biden, then Trump’s most formidable rival for the presidency and ultimately the man who defeated him.

Firtash’s Lawyer Responds to the Allegations

His lawyer Lanny Davis strongly denied Firtash’s reported connection to the conspiracy to smear the Bidens in an interview.

“When [Firtash] learned that legal documents were handed over to Giuliani without his authority or permission, he was furious,” Davis continued.

After being charged with campaign finance offenses in the lead up to Trump’s first impeachment, Lev Parnas told MSNBC host Rachel Maddow that the information was intended to help make Firtash’s charges vanish.

“For us to be able to receive information from Firtash, we had to promise Firtash something,” Parnas told the network. “So for Firtash, it was basically telling him that we knew his case was worthless here and that he’s being prosecuted for no reason. And that basically, it could get taken care of.”

Firtash strongly disputes the allegations or suggestions of a quid pro quo, as well.

“That is a lie that has been written or insinuated in the media,” Davis added. “The truth is, he had no interest in anything to do with the presidential election or with Joe Biden and his son. It was contrary to his interests.”

Davis said that Firtash hired Toensing and Joseph diGenova to do what his legal team still believes to have been “correct: to persuade the attorney general or the U.S. Attorney in Chicago or both that he is innocent.”

In April, authorities raided Giuliani and Toensing’s properties, reportedly in connection to a probe into Ukrainian lobbying. Both have subsequently invoked attorney-client privilege, setting the stage for a high-stakes discovery battle similar to the one that preceded the prosecution of Trump’s convicted former fixer Michael Cohen.

On Thursday evening, a federal judge overseeing the attorney-client privilege review over files the government seized from Giuliani and Toensing allowed Firtash to intervene.

“The government does not object to his intervention,” U.S. District Judge J. Paul Oetken wrote in a five-page order. “The court concludes that intervention by Firtash is warranted for the limited purpose of reviewing potentially privileged matters relating to him.”

Former federal judge Barbara Jones, the same attorney assigned to Michael Cohen’s privilege review, has been serving as special master in the Giuliani and Toensing case.

“The Special Master will determine the most efficient and appropriate way to allow Firtash to protect his privilege while also recognizing the limited purpose for which he is intervening,” Judge Oetken wrote.

Giuliani, Toensing and the oligarch had all sought to place their written filings under seal, but the judge rejected that request, citing the First Amendment and the common law’s “right of public access to judicial documents.”

“Firtash does suggest competing considerations, citing his privacy interest and contending that his participation in this matter could prejudice his defense in his unrelated criminal case. But these arguments are not persuasive. Firtash’s criminal case in the Northern District of Illinois is public,” the order states. “And Firtash’s former attorney-client relationship with Toensing — his only apparent connection to this matter — has been publicly reported, including by Toensing’s counsel.”

Giuliani’s attorney Robert Costello declined comment, stating the Firtash matter did not involve the former New York City mayor. Counsel for Toensing did not immediately respond to an emaile requesting comment. All three will have one week to propose redactions to their filings, which must be made public by Sept. 24.

“The court does not see how Firtash is significantly prejudiced by the fact that he has taken steps to protect his privileged materials in a proceeding in which his former lawyer’s materials were seized,” the order continues.

Giuliani and Toensing also fought to narrow the scope of the privilege review, and Judge Oetken’s approved the government’s compromise limiting the search to seized information dated on or after Jan. 1, 2018.

Update—Sept. 17 at 7:54 p.m.: This story has been updated to include comment from Firtash’s lawyer Lanny Davis and to more specifically describe the allegations against his client.