It wasn’t so long ago that President Donald Trump said that the U.S. killed Iranian general Qassem Soleimani to “stop a war.” Just days after the strike on the commander of Iran’s Islamic Revolutionary Guard Corps-Quds Force (the Trump administration designated it a foreign terrorist organization in April), Trump said the U.S. has targeted 52 Iranian sites, “some at a very high level & important to Iran & the Iranian culture.”

Legal observers immediately noted that attacking such sites of cultural importance is a war crime.

The president’s Twitter thread when combined into one block of text:

Iran is talking very boldly about targeting certain USA assets as revenge for our ridding the world of their terrorist leader who had just killed an American, & badly wounded many others, not to mention all of the people he had killed over his lifetime, including recently hundreds of Iranian protesters. He was already attacking our Embassy, and preparing for additional hits in other locations. Iran has been nothing but problems for many years. Let this serve as a WARNING that if Iran strikes any Americans, or American assets, we have targeted 52 Iranian sites (representing the 52 American hostages taken by Iran many years ago), some at a very high level & important to Iran & the Iranian culture, and those targets, and Iran itself, WILL BE HIT VERY FAST AND VERY HARD. The USA wants no more threats!

The response? So, uh, there’s this thing called Protocol I of the Geneva Conventions:

Article 53 — Protection of cultural objects and of places of worship

Without prejudice to the provisions of the Hague Convention for the Protection of Cultural Property in the Event of Armed Conflict of 14 May 1954, and of other relevant international instruments, it is prohibited:

(a) to commit any acts of hostility directed against the historic monuments, works of art or places of worship which constitute the cultural or spiritual heritage of peoples;

(b) to use such objects in support of the military effort;

(c) to make such objects the object of reprisals.

Many were quick to react to the president’s threats.

"Making the clearly-recognized historic monuments, works of art or places of worship which constitute the cultural or spiritual heritage of peoples … the object of attack"

Not that it matters to @realDonaldTrump, but targeting cultural sites is a war crime. https://t.co/QwJXoOqG4r

For what it's worth, I find it hard to believe the Pentagon would provide Trump targeting options that include Iranian cultural sites. Trump may not care about the laws of war, but DoD planners and lawyers do…and targeting cultural sites is war crime. https://t.co/HXvJM0kdl0

.@realDonaldTrump is too dumb to know it’s a war crime, but also too demented to care. https://t.co/WcEywGa6ht

The U.S. Department of Defense Law of War Manual also has plenty to say about cultural property (see page 293 and onward, or relevant excerpts pictured below). 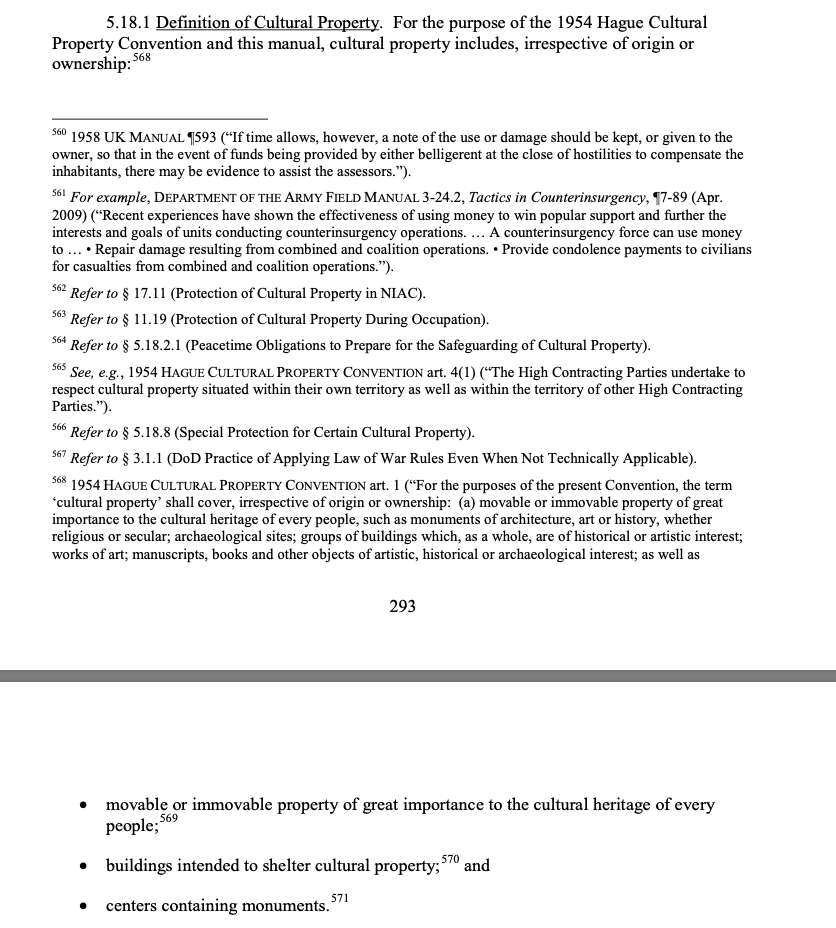 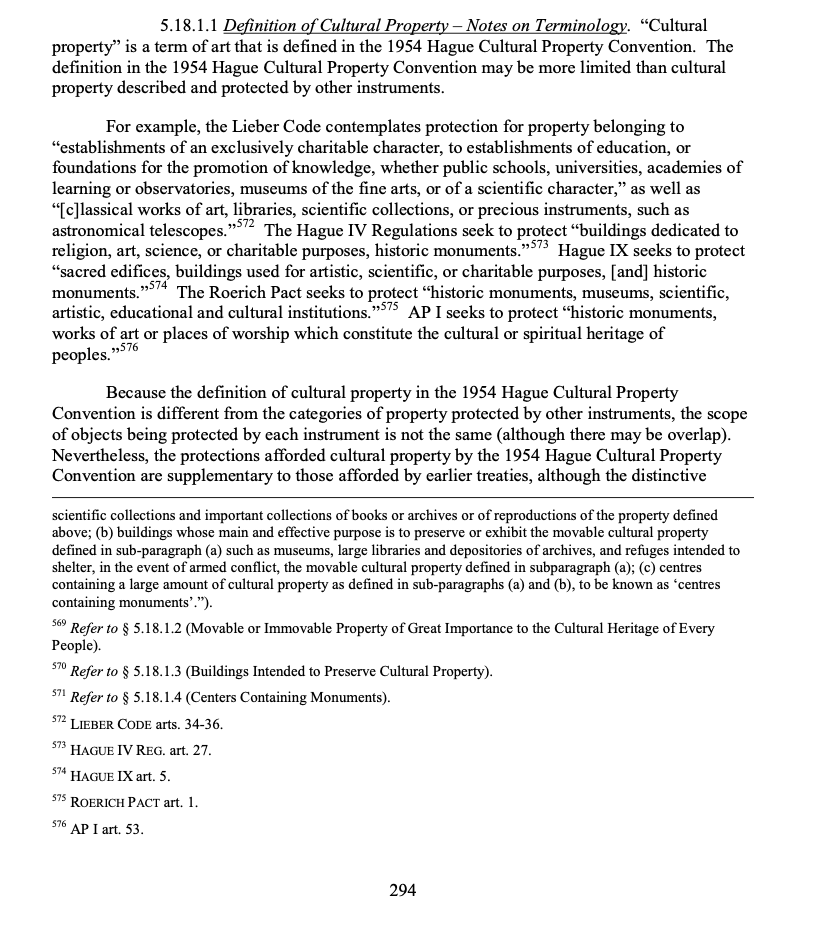 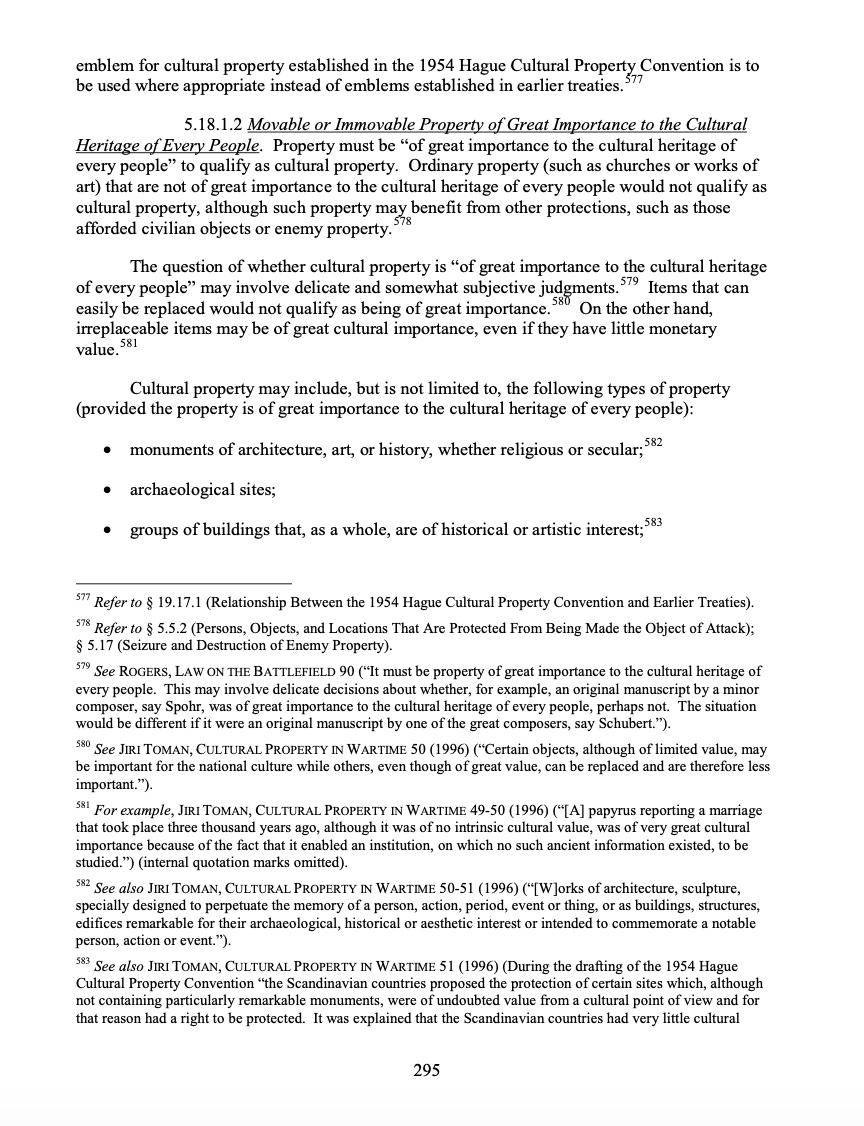 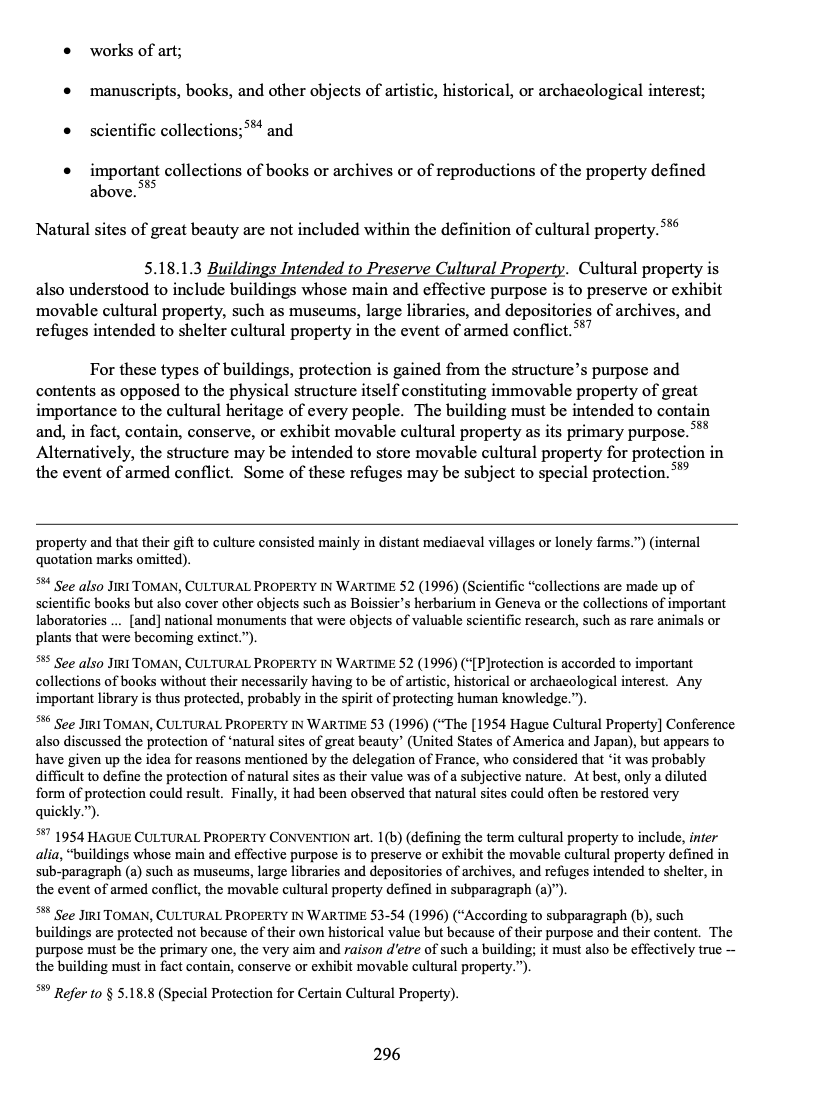 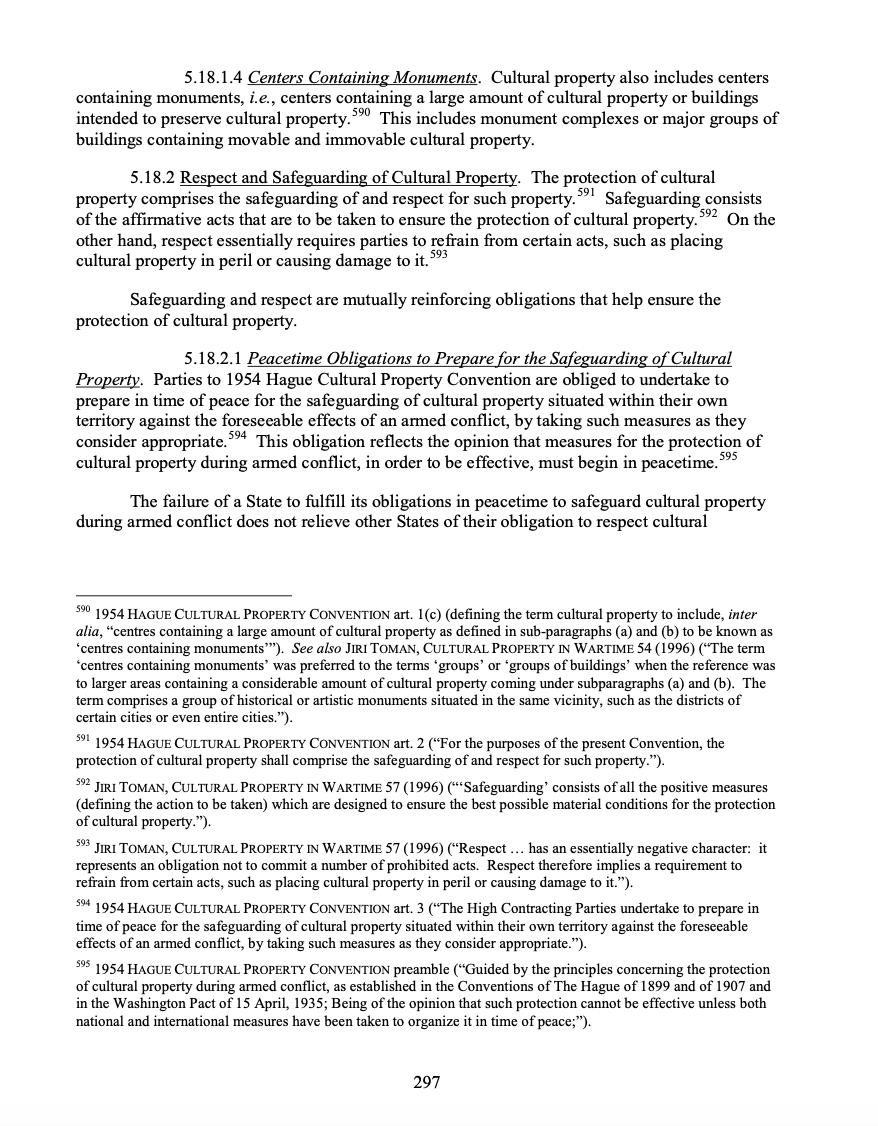 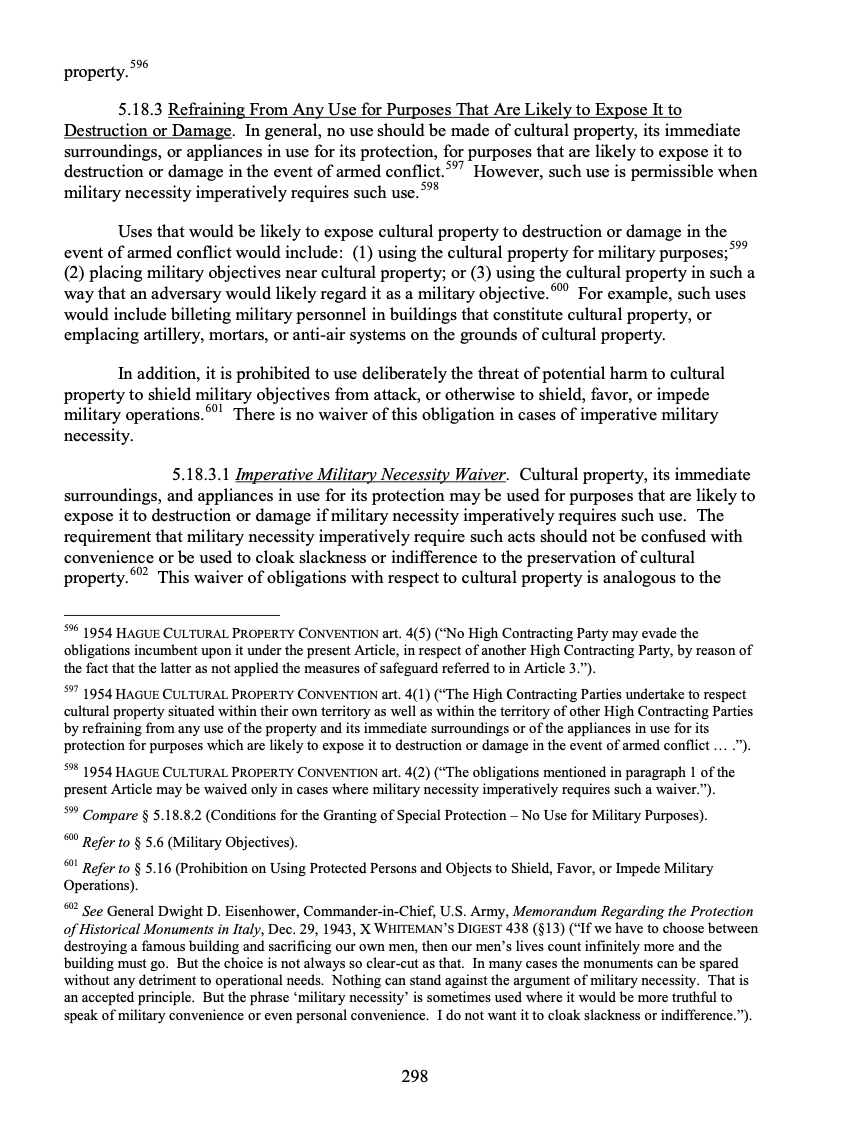 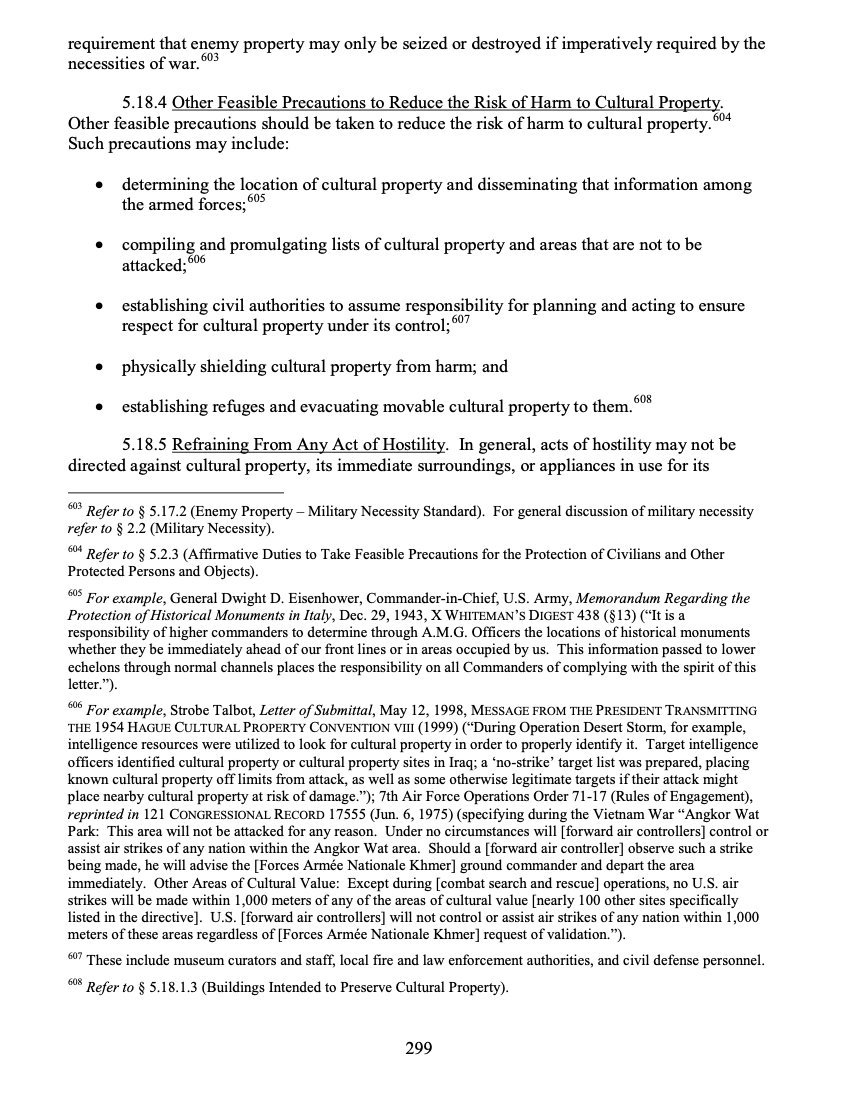 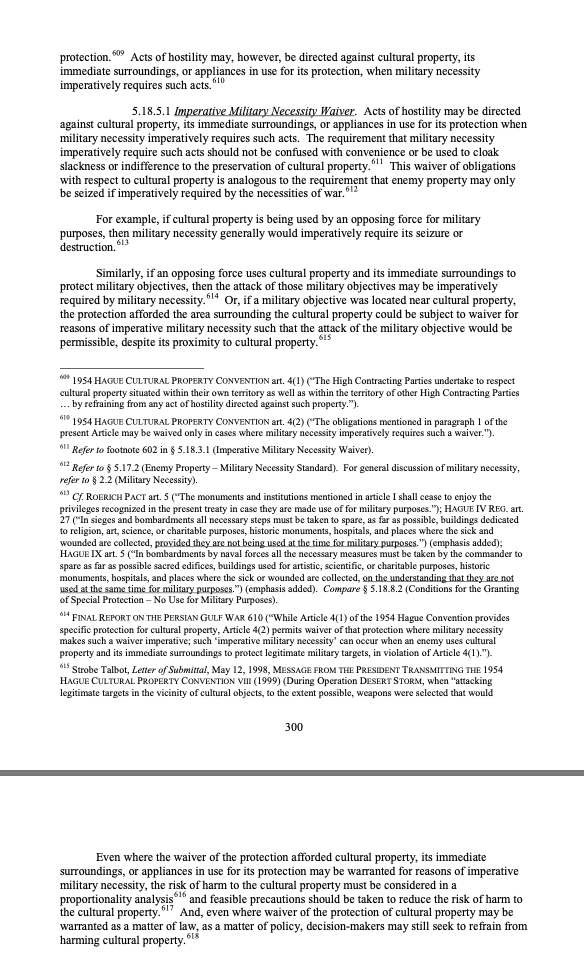