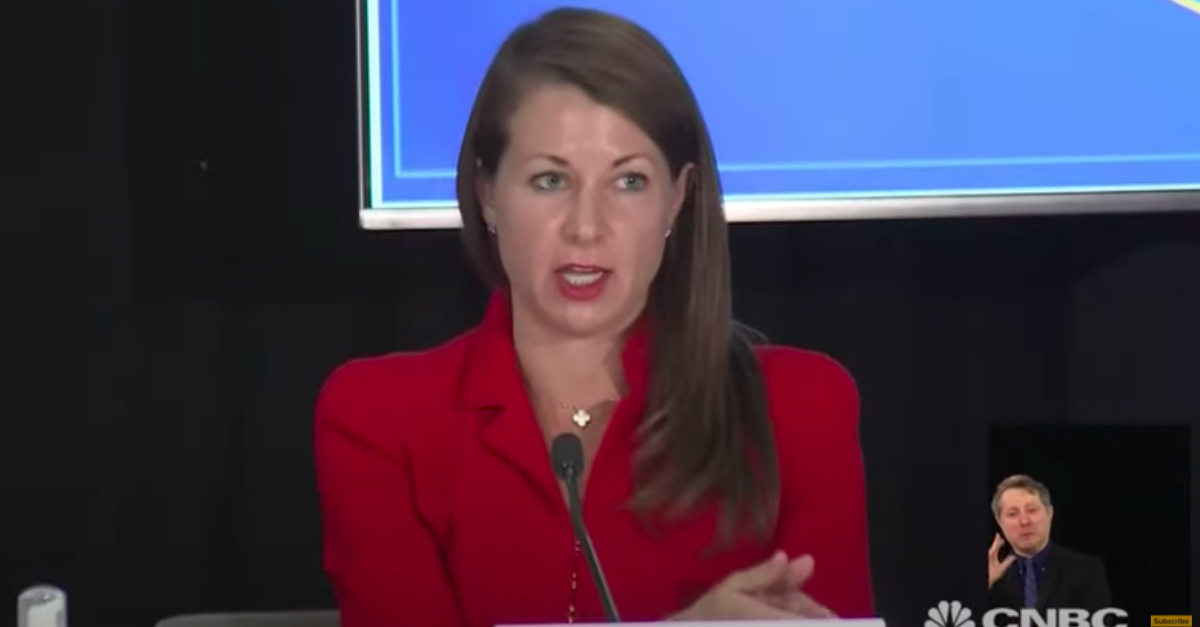 A top aide to New York Gov. Andrew Cuomo (D) allegedly used government resources to work on a poll that was being conducted on behalf of a political action committee funded by New York City landlords, the Times Union reported Monday morning.

Emails obtained by the newspaper reportedly show that in August of 2019 Secretary to the Governor Melissa DeRosa spent portions of a morning and afternoon editing a poll that was being produced by the public relations and research firm Global Strategy Group. DeRosa also allegedly directed several members of the governor’s staff to work on the poll.

“While Cuomo’s campaign is a client of that polling firm, the poll in this instance was being conducted on behalf of Jobs of New York, a so-called ‘super PAC’ funded by billionaire New York City landlords,” the report stated. “Still, DeRosa – and Cuomo himself – were allowed to review and edit the poll being conducted by Jobs for New York.”

DeRosa’s actions may have run afoul of the state’s public officers law, which makes it illegal for a state employee to use any government resources in an effort to benefit a political candidate.

“A state Ethics Commission opinion from 1992 said that campaigns must be run on an employee’s own time and that no state resources of any kind ‘including telephones, office supplies, postage, photocopying machines or support staff assistance’ can be used in the furtherance of the campaign,” the report pointed out. “In this instance, however Cuomo’s staff work was related to an outside campaign spending group, which was using the Cuomo campaign’s own pollster.”

In an email to Law&Crime, Senior Advisor to the Governor Rich Azzopardi disputed that there was any violation of the law.

“It is appropriate and permissible to coordinate and actively work with outside entities on policy issues, messaging, and to gauge public sentiment,” he said. “The Governor was not on the ballot in 2019–monitoring how the public perceives and is reacting to legislative actions and priorities is part of the government focused operation and doesn’t need to be done on private time.”

A Cuomo committee was recently accused of using government resources to further the governor’s personal interests.

As previously reported by Law&Crime, a government watchdog organization earlier this month filed a complaint against the governor accusing him of unlawfully converting campaign funds to promote sales of his book about the COVID-19 pandemic.

According to the 16-page complaint filed with the New York State Board of Elections (NYSBOE) Division of Election Law Enforcement by Citizens for Responsibility and Ethics in Washington (CREW), Cuomo’s personally authorized campaign committee “repeatedly promoted sales” of the governor’s self-congratulatory memoir, “American Crisis: Leadership Lessons from the Covid-19 Pandemic.”

CREW’s complaint documented that Cuomo for New York promoted sales of the book on Facebook at least 10 times, on Twitter at least seven times, and on a campaign-specific Instagram account at least five times. Oftentimes these promotions contained direct links to Amazon where users could purchase the book.

This use of campaign resources, CREW alleged, was a direct violation of New York State Election Law §14-130 which prohibits campaign funds from being “converted by any person to a personal use which is unrelated to a political campaign or the holding of a public office or party position.”

DeRosa was at the center of another controversy in February. She said during a Feb. 10 call that the Cuomo administration withheld nursing home data from state lawmakers, fearing that the data was “going to be used against us” amid the DOJ civil investigation launched by the Trump administration. The New York Post was first to report the call.

In a subsequent statement, DeRosa said she was “explaining that when we received the DOJ inquiry, we needed to temporarily set aside the Legislature’s request to deal with the federal request first.”

In the ensuing months, multiple women — most of them current or former Cuomo aides — accused the governor of sexual harassment and worse.

Cuomo has not denied that he made women staffers uncomfortable with his behavior in the workplace. Instead, he apologized for what he said was a misunderstanding of his intent and apologized if he had caused anyone pain. He said the allegation that he groped an aide in a sexually charged manner “is just not true.” He said he never touched anyone inappropriately and that he has “not had a sexual relationship that was inappropriate.”

Editor’s note: this story was updated post-publication to say that DeRosa’s reported actions “may have run afoul of the state’s public officers law,” rather than saying that was likely and the conclusion of the Times Union report (the report did not explicitly draw that conclusion, but it did devote a paragraph to describing what state law prohibits). We have also added a response from Rich Azzopardi and the headline has been updated in light of it.