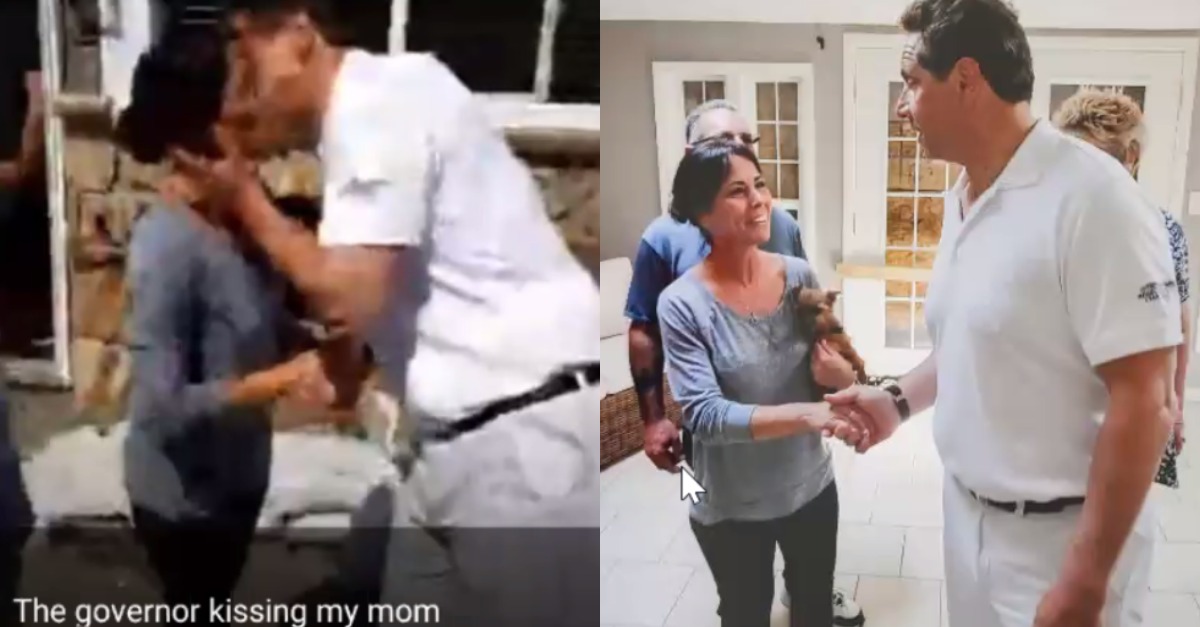 A ninth woman has come forward against New York Gov. Andrew Cuomo (D). This time the three-term Democrat is accused of assault and the allegation is being reported to New York Attorney General Letitia James (D).

During a Monday afternoon press conference, Sherry Vill said the governor kissed her on two separate occasions in a “highly sexual manner.”

“I felt he was coming on to me in my home,” the Greece, New York resident noted, saying the governor also told her she was “beautiful.”

“He leaned down over me and kissed my cheek,” Vill said—describing in detail the first kiss inside of her house. “I was holding my small dog in my arms, and I thought he was going to pet my dog but instead he wedged his face between the dog and mine and kissed me on the other cheek in what I felt was a highly sexual manner. I wasn’t expecting that at all. He said: ‘that’s what Italians do, kiss both cheeks.’ I felt shocked and didn’t understand what just happened, but I knew I felt embarrassed and weird about his kissing me. I am Italian, and in my family, family members kiss. Strangers do not kiss, especially upon meeting someone for the first time.”

Vill is represented by famed Democrat and feminist attorney Gloria Allred, who said that Cuomo “suddenly grabbed her face and kissed her in front of her home.” When asked whether the unwanted kissing incident constituted an assault, she said: “technically, yes.”

“If a person touches another person, with the intent to touch that person,” Allred explained in response to another question about whether the governor committed a crime, “It’s potentially criminal.”

Vill elaborated on the kissing made her feel:

I have been in business for many years and routinely interact with male customers and vendors. I know the difference between an innocent gesture and a sexual one. I never felt as uncomfortable as I did the day that Governor Cuomo came to my home. His actions were overtly sexual, highly inappropriate, and disrespectful to me and to my family.

Cuomo visited Vill’s home in May 2017 in order to assess flood damage as part of a tour highlighting a state assistance program for home and business owners.

“After seeing the damage, the governor then circled to the front of the house where I was standing,” Vill said. “He then approached me. He took my hand and said, ‘Is there anything else you want?’ I did not know how to respond. He then leaned down on top of me and while still holding one of my hands he forcibly grabbed my face with his other big hand and kissed my cheek, again in a very aggressive manner. I felt like I was being manhandled, especially because he was holding my face and he was kissing my cheek again. I could not use my other hand to stop him because he did it so quickly and also I was still holding my dog with my other hand.”

Vill said she was intimidated by the governor and essentially froze during the incident due to their height differential. Vill is roughly five feet tall; Cuomo claims to be just shy of six feet tall.

“He towered over me,” she said, “There was nothing I could do. When the governor laughed. I thought the craziness was over, however, to my surprise within days, I received a call on my voicemail from the governor’s staff.”

That voicemail contained an invitation for Vill to attend another press conference with Cuomo—this time without her husband. She says she declined the offer and that it made her very uncomfortable.

Allred provided multiple photos of Cuomo’s visit to the Vill household during the press conference—including a still image from a video of the kiss itself. That image was apparently uploaded to Facebook by Vill’s daughter after the event and is captioned: “The governor kissing my mom.” In response to a question about the photograph’s origin, Allred said the video itself had long ago been deleted.

Vill is currently focused on aiding the attorney general’s investigation into Cuomo’s serially alleged sexual harassment and misconduct. That inquiry began earlier this month after a series of women—including many former and current aides–shared details of the governor’s behavior beginning with Lindsey Boylan in late February.

The overwhelming majority of New York’s congressional delegation has called for Cuomo to step down. A majority of statewide elected officials have called for his resignation as well.

The governor has resolutely resisted such calls. He now faces the dual-pronged threat of the attorney general’s investigation and an impeachment inquiry led by the New York State Assembly—though concerns have been leveled by lawmakers and accusers alike that the impeachment inquiry is intentionally being slow-walked in order to provide the governor political cover.

Meanwhile, the governor’s allies have complained about an alleged witch hunt and invoked the right to due process–a legal standard which only applies during trials. A number of Cuomo’s supporters online have even made unfounded allegations that the various accounts by his accusers are part of a conspiracy against the high-profile Democrat. 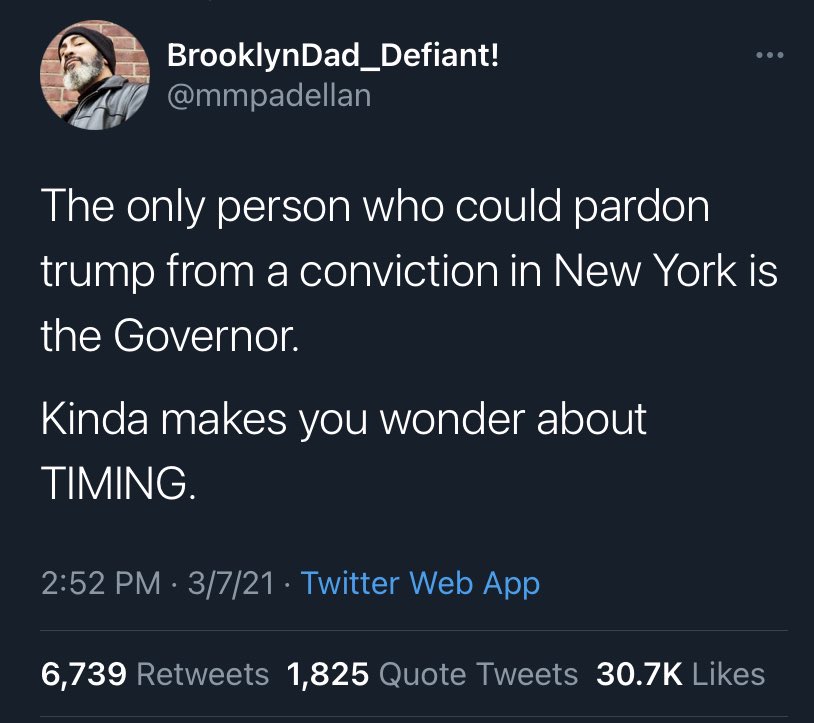 Cuomo himself suggested that he’s being canceled for political reasons. Allred dismissed those concerns out of hand on Monday.

“I am a Democrat,” Allred said in response to a question from Law&Crime about criticism of the women’s allegations from the governor’s supporters within the Democratic Party. “The fact that he is a Democrat is not going to stop me. I think it’s ridiculous to say it’s ginned up. I think it’s insulting to women to say that.”

“The governor is a very powerful person in New York,” Allred explained in response to another question about why Vill was only coming forward now. “And her family was concerned about what might happen if she reported. Whether or not it would be something that would cause retaliation towards her or members of her family.”

Law&Crime reached out to both the governor’s press office and two attorneys representing Cuomo in the harassment investigation for comment. We’ll update this story if we receive a response.

The governor has said before that “You can find hundreds of pictures of me kissing men, women. It is my usual way of greeting.”

Rita Glavin, a lawyer for @NYGovCuomo, says "during times of crisis, the Gov. has frequently sought to comfort New Yorkers with hugs & kisses. As I have said before, the Governor has greeted both men & women with hugs, a kiss on the cheek, forehead or hand for the past 40 yrs."