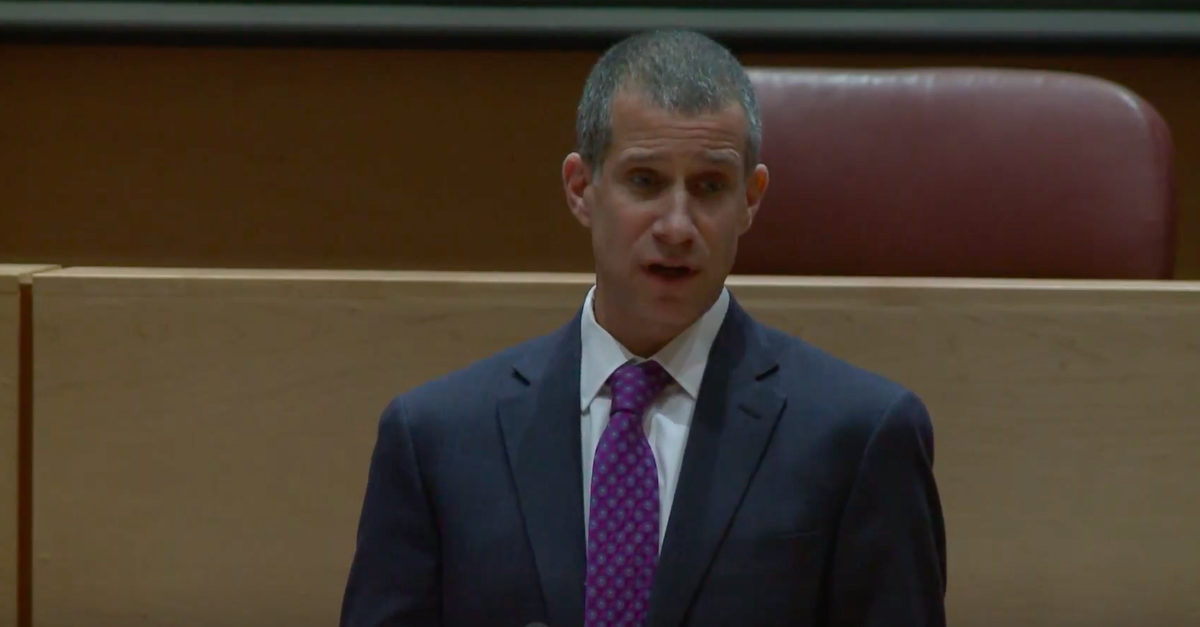 With the impeachment investigation into President Donald Trump set to begin airing live on every major cable news station in the nation tomorrow, the vast majority of viewers will likely be laying their eyes on attorney Steve Castor for the very first time.

Castor will be the doing the questioning for House Republicans.

Unlike his counterpart former federal prosecutor Daniel Goldman, who was a legal analyst on cable news before being hired by House Democrats, Castor has largely worked behind the scenes for the House Oversight and Government Reform Committee since 2005. He was a “top attorney” during the GOP’s investigations of Benghazi and the IRS targeting scandal. He currently serves as the panel’s chief investigative counsel.

Castor has been described as a “Hidden Hand,” the “GOP’s Get-Obama Lawyer,” the Obama “White House[‘s] Bane” and a “Pit-Bull Prober.” Castor, like Goldman, conducted questioning during closed-door depositions.

Castor appears to have the backing of rank-and-file Republicans, many of whom were quick to highlight his experience and institutional knowledge.

“He has the longest-running institutional knowledge of most anybody on our side of the aisle. He’s been through several of these fights in the past,” former Rep. Jason Chaffetz told the Daily Beast Tuesday.

Chaffetz, who previously spent three years serving as chairman of the Oversight Committee, said Republicans could be optimistic knowing Castor is leading the charge.

“From Tom Davis to Darrell Issa to me to Jim Jordan to Trey Gowdy, he’s always had everybody’s confidence and we are an eclectic group of oversight chairs and ranking members,” he said, adding, “And the fact that he’s had all of our confidence is saying something,” he said.

Those sentiments were echoed by the aforementioned Issa, another former Oversight chairman Castor served under with excellent results.

“He’s a very dedicated institutionalist,” Issa said. “He’s one of those people you see on the Hill that you know he could have left a long time ago and made a lot of money in any number of places.”

As previously reported by Law&Crime, the impeachment proceedings will not follow the normal format for public congressional hearings, which generally allow lawmakers to question witnesses in five-minute windows, alternating between members of each party. But under the resolution governing the proceedings, Castor and Goldman will each have up to 45 minutes to question and cross-examine witnesses, providing ample opportunity for the attorneys dig into the minute details that may have previously gone unnoticed.