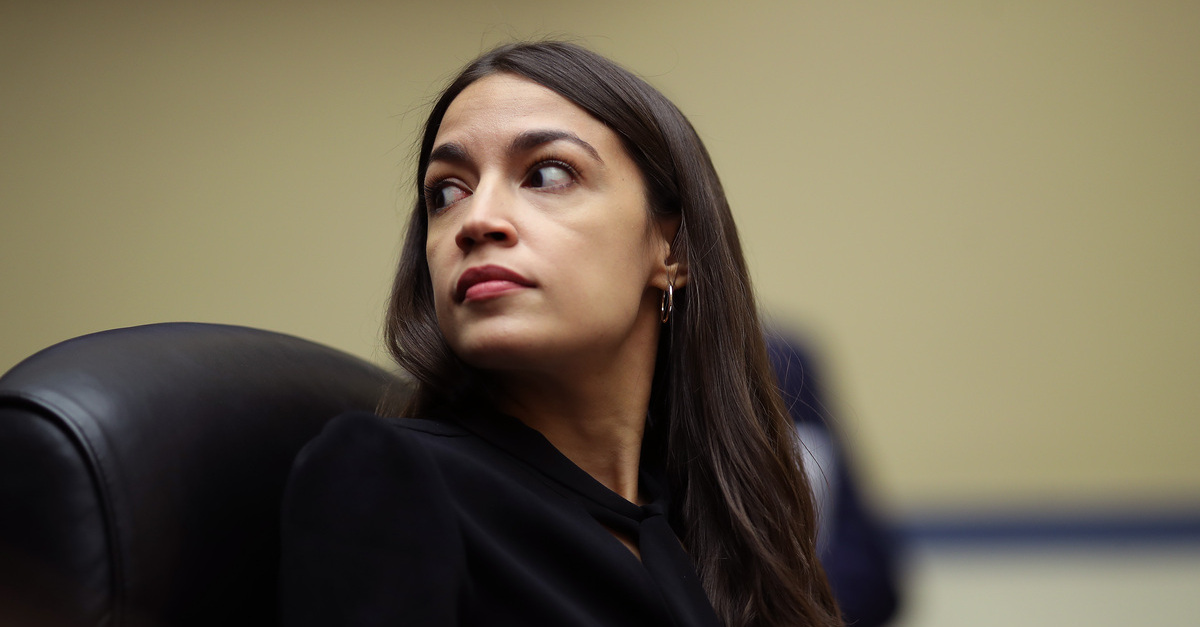 Democratic Rep. Alexandria Ocasio-Cortez (D-N.Y.) called for Stephen Miller to resign on Tuesday after leaked emails revealed the White House senior policy adviser relied upon white nationalist sources and tropes in order to promote an anti-immigrant agenda while he worked for then-senator Jeff Sessions in 2015 and 2016.

Those emails document correspondence between Miller and former Breitbart editor Katie McHugh. The messages were shared with the Southern Poverty Law Center’s (SPLC) Hatewatch program by McHugh in apparent penance for her former life. McHugh previously identified with the alt-right and was an avowed white supremacist–an editorial position she found a home for and promoted at Breitbart.

According to a lengthy report on those emails by the SPLC offshoot, McHugh “leaked the emails to Hatewatch in June to review, analyze and disseminate to the public.”

“McHugh told Hatewatch that Breitbart editors introduced her to Miller in 2015 with an understanding he would influence the direction of her reporting,” the report’s preliminary section continues.”For that reason, and because Miller would have regarded her as a fellow traveler of the anti-immigrant movement, McHugh sometimes starts conversations with Miller in the emails, seeking his opinion on news stories. Other times, Miller directly suggests story ideas to McHugh, or tells her how to shape Breitbart’s coverage.”

One such email contains a recommendation to read a novel premised on the so-called “white genocide” theory. Per that report:

Miller recommended in a Sept. 6, 2015, email that Breitbart write about “The Camp of the Saints,” a racist French novel by Jean Raspail. Notably, “The Camp of the Saints” is popular among white nationalists and neo-Nazis because of the degree to which it fictionalizes the “white genocide” or “great replacement” myth into a violent and sexualized story about refugees. …

In one section, a white woman is raped to death by brown-skinned refugees. In another, a nationalist character shoots and kills a pro-refugee leftist over his support of race mixing. The white nationalist Social Contract Press plucked the 1973 book from relative obscurity and distributed it in the United States.

In one 2015 exchange between Miller and McHugh, the White House immigration policy architect lamentably predicts that Hurricane Patricia will result in a wave of Mexican immigrants being granted Temporary Protected Status (TPS) in the United States.

“[T]hey will all get TPS,” Miller says. “And all the ones here will get TPS too. That needs to be the weekend’s BIG story. TPS is everything.”

“Wow,” McHugh responds. “Ok. Is there precedent for this?”

Miller then sent McHugh a link to a VDARE story by Steve Sailer which described children of immigrants using the “anchor babies” slur.

He’s still at the White House shaping US immigration policy.

“Stephen Miller, Trump’s architect of mass human rights abuses at the border (including child separation [and] detention camps [with] child fatalities) has been exposed as a bonafide [sic] white nationalist,” Ocasio-Cortez wrote on Twitter in response to the report.

Ocasio-Cortez was the first high-profile Democrat to call for Miller’s resignation over the emails leaked by McHugh.

As I said earlier this year: Stephen Miller is a white nationalist.

And now we have the emails to prove it.

This type of racism and hatred has no place in our government.