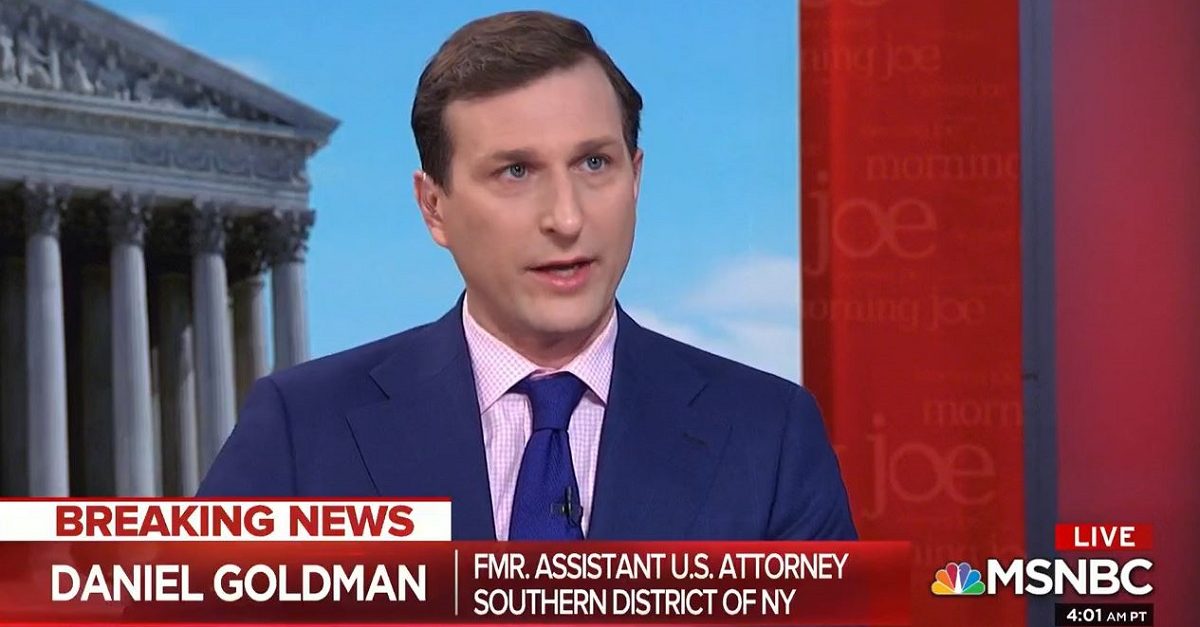 The House of Representatives this week will launch the public hearings phase of its impeachment inquiry against President Donald Trump. Unlike many public hearings in which lawmakers from each party took turns questioning a witness in five-minute intervals, Democrats taking part in the investigation have, for the most part, ceded their time to House attorney Daniel S. Goldman, the investigations chief for Intelligence Committee Chairman Rep. Adam Schiff (D-Calif.)

Under the resolution governing the proceedings, Goldman, a former federal prosecutor, will have up to 45 minutes to question witnesses uninterrupted. This will give him the opportunity to mine for details that may have been missed in earlier interviews that were constantly starting and stopping. Goldman did much of the questioning during closed-door depositions.

Prior to joining the House Permanent Select Committee on Intelligence in March, Goldman served as Assistant U.S. Attorney in the Southern District of New York (SDNY) from 2007 to 2017. He also worked as a legal analyst for MSNBC.

Upon learning about Goldman’s role as the primary questioner in the upcoming hearings, his former SDNY colleague, CNN legal analyst Elie Honig, tweeted his support for Democrats’ choice.

The televised hearings are of particular import to House Democrats, as they hope to further sway public support in favor of impeaching President Trump for abusing the power of his office by improperly pressuring Ukraine to launch an investigation into Democratic presidential candidate Joe Biden and Biden’s son Hunter. Questioning will largely focus on why congressionally appropriated military aid to Ukraine was withheld.

The first witness will be William “Bill” Taylor, the top U.S. diplomat in Ukraine who testified that he believed Trump withheld military aid to Ukraine in exchange for a politically advantageous investigation, testimony that many deemed “devastating.” Taylor and State Department official George Kent are both scheduled to testify on Wednesday.

Former U.S. ambassador to Ukraine Marie Yovanovitch is scheduled to testify on Friday.