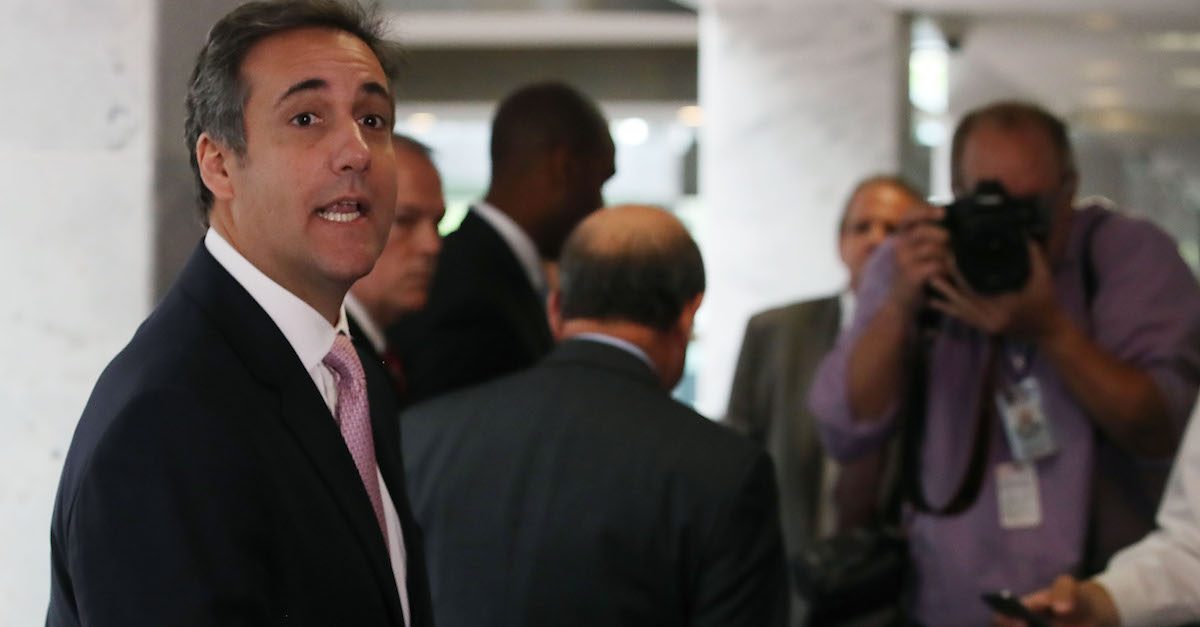 Here are some quick takeaways from the New York Times report.

Federal prosecutors, in part on a referral from Robert Mueller, executed a search warrant at Cohen’s office. As part of the search, the FBI seized “privileged communications between […] Michael Cohen, and his clients,” Cohen’s attorney Stephen Ryan said.

“I have been advised by federal prosecutors that the New York action is, in part, a referral by the Office of Special Counsel, Robert Mueller,” Ryan added.

That Mueller is involved is, of course, interesting, but the Times said the search and seizure did not seem to be directly related to the Russia probe.

Rather, the Times said, Mueller likely uncovered something as part of his probe and handed it over to federal prosecutors in New York.

2) Tax documents and business records are also being looked at

The Times, quoting an anonymous person who was briefed on the search, said tax documents and business records were seized along with emails, and that the Daniels payment is one of “many” things being investigated.

3) Some of the records were related to Stormy Daniels

In addition to tax and business records, the Times said that “payments to a pornographic-film actress” were among the topics of the documents seized.

President Trump addressed the Stormy Daniels payment for the first time last Thursday while returning from a West Virginia trip on Air Force Once. Trump denied knowing about any payment or where $130,000 came from, and instead forwarded questions to Cohen.

A recent FEC complaint alleged that Cohen and Trump may have violated campaign finance laws with the payment, claiming it was an illegal and unreported in-kind contribution to the Trump campaign.