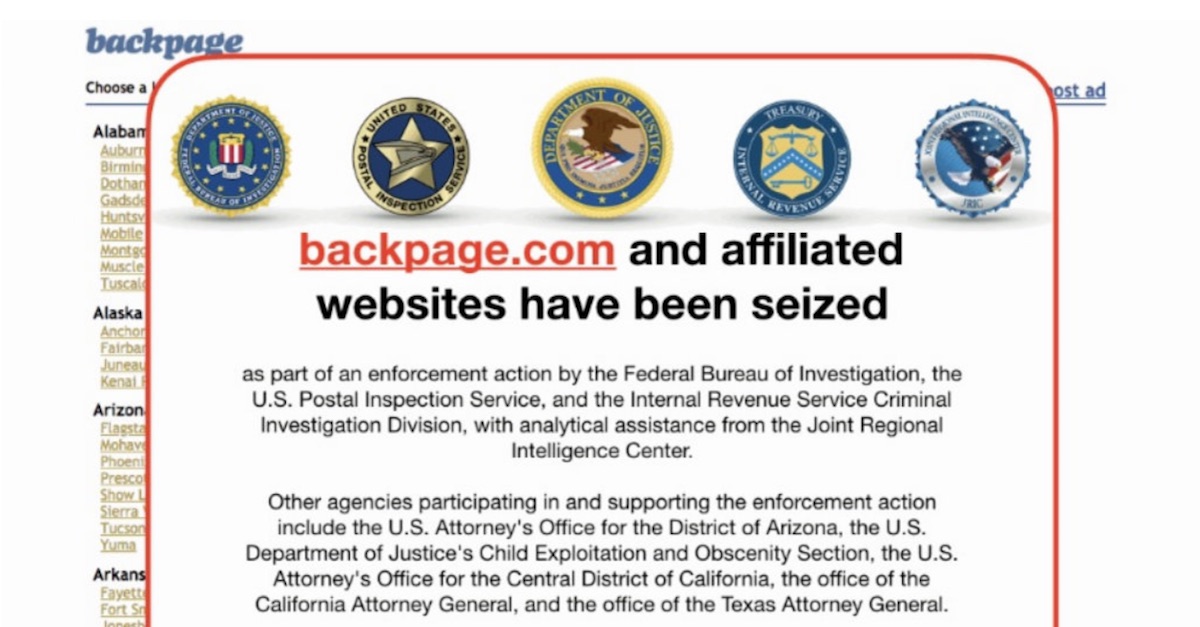 The federal government seized the online classifieds site Backpage on Friday, but the case remained sealed at the time. Now the indictment has been released, showing that seven executives face dozens of charges for allegedly trying to present prostitution ads as notices for legal activities, and hiding this from authorities.

Executives are excused of trying to limit reports of suspected child abuse to the National Center for Missing and Exploited Children (NCMEC).

Defendant Andrew Padilla, the chief operating officer, allegedly wrote co-defendant Joye Vaught, a supervisor, that “[i]f we don’t want to blow past 500 [referrals to NCMEC] this month, we shouldn’t be doing more than 16 per day.” Prosecutors construed this as a strategy to under-report suspected abuse revealed through ads. An alleged training document told moderators not to send reports to NCMEC if complaints were filed by extended family members including grandparents.

An attorney linked to Lacey did not immediately respond to a Law&Crime request for comment on Monday afternoon. The other six defendants could not be reached as of press time.

This prosecution has for some time been on the horizon for Backpage and its executives. Lacey, Larkin and co-founder Carl Ferrer (who is not a defendant in the new indictment) have been charged in connection to the website before, but this recent case has some pundits weary and worried that it will hurt, rather than help, sex workers, whose livelihood might be undermined by the seizure.

No one is a hero here. Let’s be clear: Craigslist never even charged sex workers for ads until threatened, and they thought CC’s would verify ages. Backpage were and remain profiteers. https://t.co/27CHRsCXq9

There would be no market for such a shoddy online platform as Backpage was if sex work wasn’t a crime. No one need defend that. There are no martyrs here, just increasingly poorer sex workers.