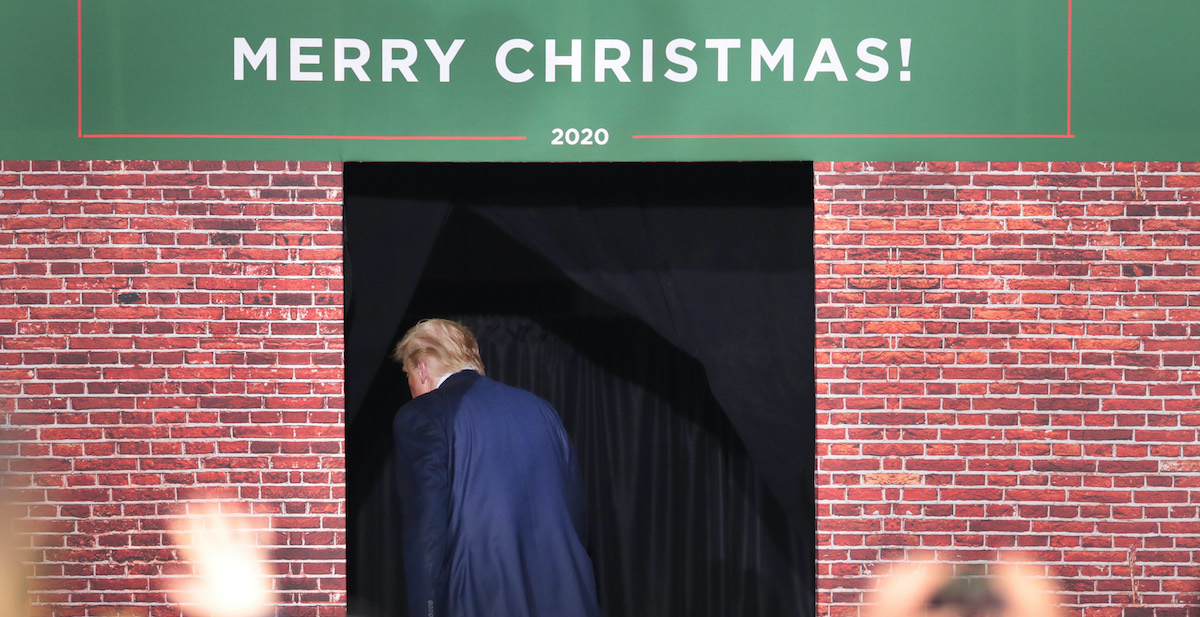 The New York Times first reported the 15 pardons and five commutations, which also frees Blackwater contractor Nicholas Slatten who was serving life in prison for his role in killing 17 Iraqi civilians in Nisour Square massacre. The White House confirmed that Slatten and three other guards, Paul Slough, Evan Liberty, and Dustin Heard, were all granted full pardons.

All of the men were then working for Erik Prince, whose sister Betsy DeVos is Trump’s secretary of education.

The killings happened at a time the four men were working for Erik Prince, the brother of a member of President Trump’s cabinet https://t.co/oG5eTqLMvd

Axios reported that a “wave of pardons” would come down one year to the day that the House of Representatives voted to impeach the 45th president of the United States, but the White House held off another four days before pulling the trigger.

The security-fraud crime of Collins’s conviction took place on the lawn at the White House Congressional Picnic on Aug. 8, 2018, when he dialed up his son upon learning that clinical testing of a multiple sclerosis drug had failed. He had been serving a 26-month sentence for those crimes.

The second disgraced congressman to have endorsed Trump, Rep. Duncan Hunter, also got a full pardon from the president before his prison sentence was slated to begin on January 2021, averting a new year in prison.

Put together, House Intelligence Committee Chairman Adam Schiff—the California Democrat who led the push for Trump’s impeachment—found Trump’s clemencies as “corrupt” as they were predictable.

“It goes to show, if you elect a corrupt man as President of the United States, you get corruption — and lots of it,” Schiff concluded.

The president’s record on pardons has followed a pattern: Trump generally has acted as a Grinch to the average federal prisoner and Santa Claus to those with bigger names or men whose criminal convictions affected him personally.

By contrast, President Barack Obama pardoned 212 people during his tenure and issued 1,715 commutations. In the twilight of his presidency in August 2016, Obama commuted more than 200 people, mostly focusing on non-violent drug offenses in what his administration heralded as the most commutations in a single day since at least 1900. Obama’s total 1,927 acts of clemency dwarfed those of his predecessors George W. Bush, who used that power 200 times, and Bill Clinton, who wielded it 459 times.

Before today, Trump’s clemency record languished in double-digits at 45 clemency grants, a number that might seem larger because so many have elicited headlines and howls of outrage.

Trump’s most controversial commutation to date had been Roger Stone, who appeared to threaten the president if he refused to wash away his sentence for witness intimidation and other offenses. Stone’s trial revealed that Trump’s 2016 campaign aides knew more about WikiLeaks’s plans than they said publicly, and the president may have lied to former special counsel Mueller about it.