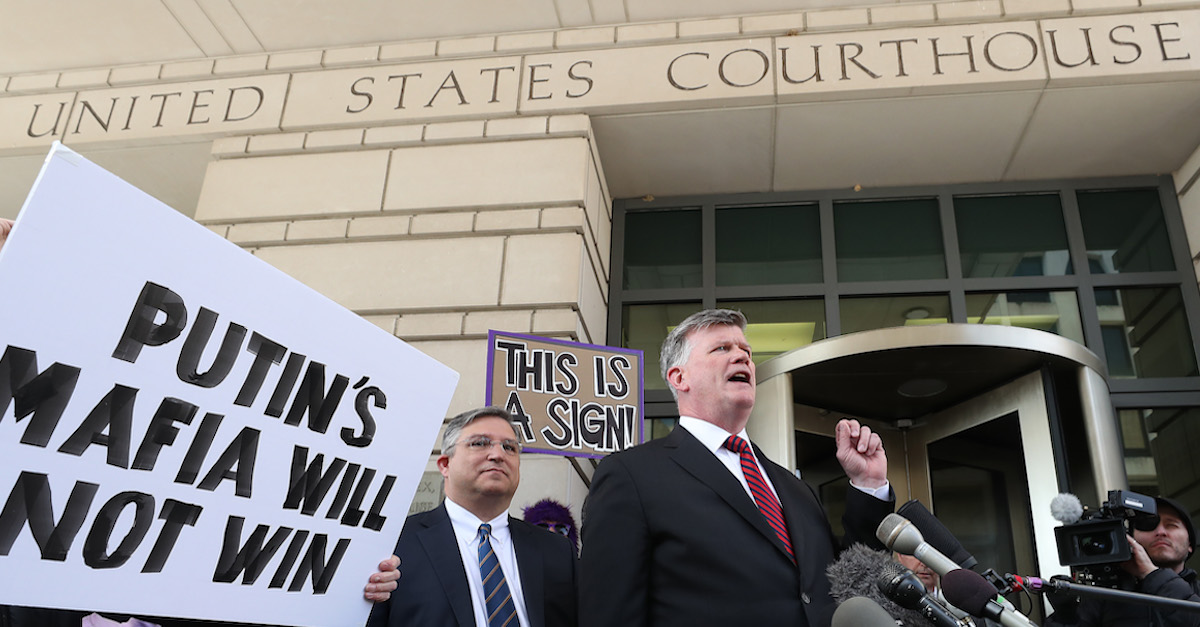 Kevin Downing, attorney for former Trump campaign chairman Paul Manafort, speaks to the media at the E. Barrett Prettyman U.S. Courthouse, after his client was was sentenced to 73 months in jail, on March 13, 2019 in Alexandria, Virginia.

In an interesting nugget, the Ukrainian-born Florida businessmen — friends and clients of Trump’s personal attorney Rudy Giuliani — were represented at their initial court appearance in Alexandria, Virginia by the lawyers who represented former Trump campaign chairman Paul Manafort during a high-profile trial that resulted in Manafort’s incarceration.

Representing Parnas and Furman for today’s initial appearance: Kevin Downing and Thomas Zehnle, who also represented Paul Manafort in his trial here. Because, why not. https://t.co/j1AUIvI8Xw

Lev Parnas and Igor Fruman were represented by Kevin Downing and Thomas Zehnle in court. The pair is also being represented by former Trump attorney John Dowd.

Downing and Zehnle’s involvement is apparently temporary. They laughed at the suggestion that Giuliani asked them to show up.

They are not officially on the team they told me but are here until they hire other lawyers.

I asked if Giuliani called them to do this, they just laughed.

Parnas and Fruman were arrested on Wednesday night at Dulles Airport in Virginia for alleged campaign finance violations. Officially, the charges are as follows: two counts of conspiracy, one count of making false statements; and one count of falsification of records.

More on the latest news: