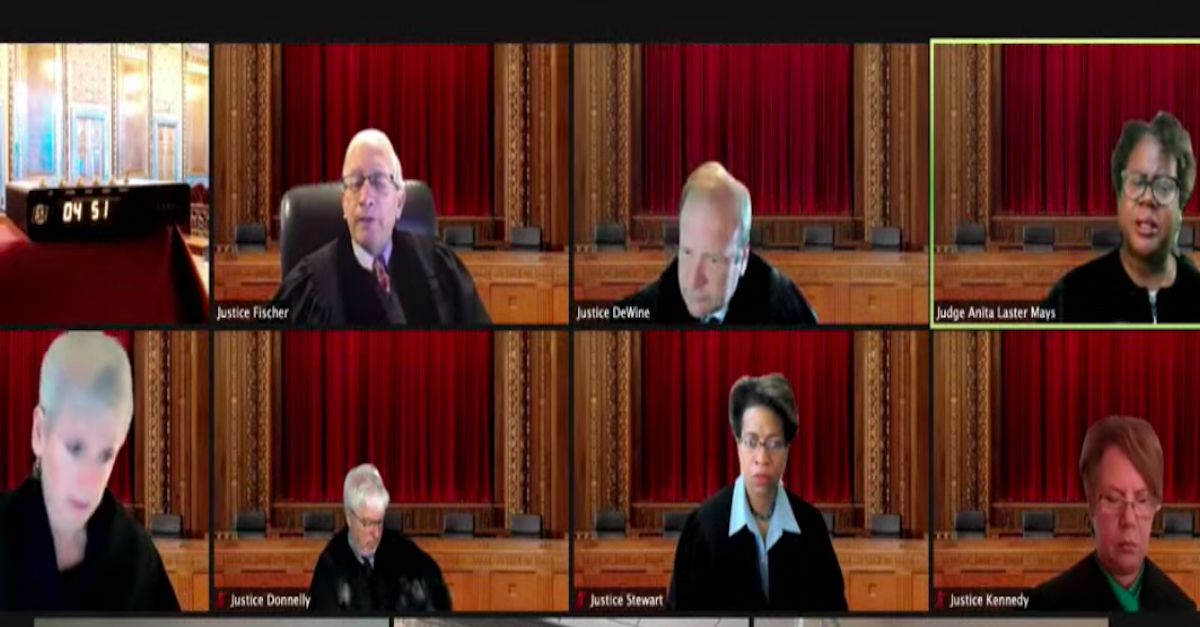 The Ohio Supreme Court on Wednesday ruled 4-3 that schoolteachers, administrators, and staff in the state cannot carry firearms on school grounds unless they have completed basic police officer training or have at least 20 years of experience as a police officer.

The ruling stems from the “firearm authorization policy” passed in 2018 by the Madison Local School District Board of Education, which authorized up to 10 school employees designated by the superintendent to carry concealed firearms in specified school safety zones. Designees were required to maintain an Ohio concealed-handgun license, complete at least 24 hours of active-shooter training, and recertify annually.

Several students’ parents filed a lawsuit challenging the measure, claiming that the policy violates a state law requiring school security guards to have completed far more extensive training before they can be employed as armed guards on school grounds.

“No public or private educational institution or superintendent of the state highway patrol shall employ a person as a special police officer, security guard, or other position in which such person goes armed while on duty, who has not received a certificate of having satisfactorily completed an approved basic peace officer training program, unless the person has completed twenty years of active duty as a peace officer.”

After a state appellate court blocked the measure from taking effect, reasoning that more training hours were required to arm school staff, the Madison School Board appealed. The Board argued that the training or experience requirement statute only applied to employees hired by schools to specifically serve in safety or security positions “that inherently require the employee to be armed.” The students’ parents argued that the statute applied to all school employees, regardless of their primary job duties.

Writing for the majority, Chief Justice Maureen O’Connor sided with the parents, reasoning that the language of the training requirement statute is clearly intended to apply to every school employee. O’Connor rejected the Board’s argument, emphasizing that the training requirement provision explicitly applies to special police officers, security guards, and “other positions in which such person goes armed while on duty.”

“To accept [the Board’s] reading, we would have to add words to the statute. The General Assembly could have used the language that [the Board] suggest. But it chose not to state that the training-or-experience requirement applies to a person employed as a special police officer, security guard, or other position ‘the duties of which involve being armed,’” she wrote. “Contrary to appellants’ assertion, the express language of R.C. 109.78(D) does not tie application of the training-or-experience requirement to the nature or duties of the ‘other position.’ The statutory language instead ties application of that requirement to whether the employee ‘goes armed while on duty’ in the employee’s job.”

Read the majority and dissenting opinions below.