Actor and singer Jared “Drake” Bell, 34, on Wednesday held an online concert for fans just moments after pleading guilty to two separate crimes involving a teenage girl in Ohio. He appeared to sport the very same shirt he wore in the hearing. If he was not in the same room as before, he was in a similar one.

As seen on video above, Bell, best known for his leading role on the 2000s Nickelodeon series “Drake & Josh,” answered a Cuyahoga County judge’s questions in the affirmative as to whether he understood the consequences of pleading guilty. The defendant — wearing a suit coat, tie, and pink shirt — spoke remotely in front of a closed door in a blue room.

“No person . . . having custody or control . . . of a child under eighteen years of age . . . shall create a substantial risk to the health or safety of the child, by violating a duty of care, protection, or support,” the statute which gave rise to the first charge reads in part.

“No person, with knowledge of its character or content, shall recklessly . . . [d]irectly sell, deliver, furnish, disseminate, provide, exhibit, rent, or present to a juvenile . . . any material or performance that is obscene or harmful to juveniles,” reads the statute involving the second charge.

Bell admitted to both charges in Wednesday’s online court appearance. He faces between six and 18 months in prison — and a possible fine of up to $5,000 — for attempted child endangerment. Prison time is not mandatory, said the judge, but if Bell ends up behind bars, he also faces up to three years of post-release control. Bell could go back behind bars for up to one-half of the original sentence if he violates the conditions of the post-release control. For the dissemination charge, Bell faces up to six months in jail and a fine of up to $1,000.

Bell crooned on Instagram after pleading guilty to charges. He sang songs and played a guitar in a livestream for fans from what appeared to be the very same room where he appeared before a judge, and if not the same room, then one with a similar door and walls. This time, he was sans the coat and tie.

The caption on Bell’s Instagram account described the livestream as a “jam.” The majority of commenters were effusive, often commenting with a heart emoji or with emojis containing faces with hearts as eyes.  A scant few mentioned the criminal case that emerged this month.  But they were there.

“Weren’t you locked up lol,” wrote one. 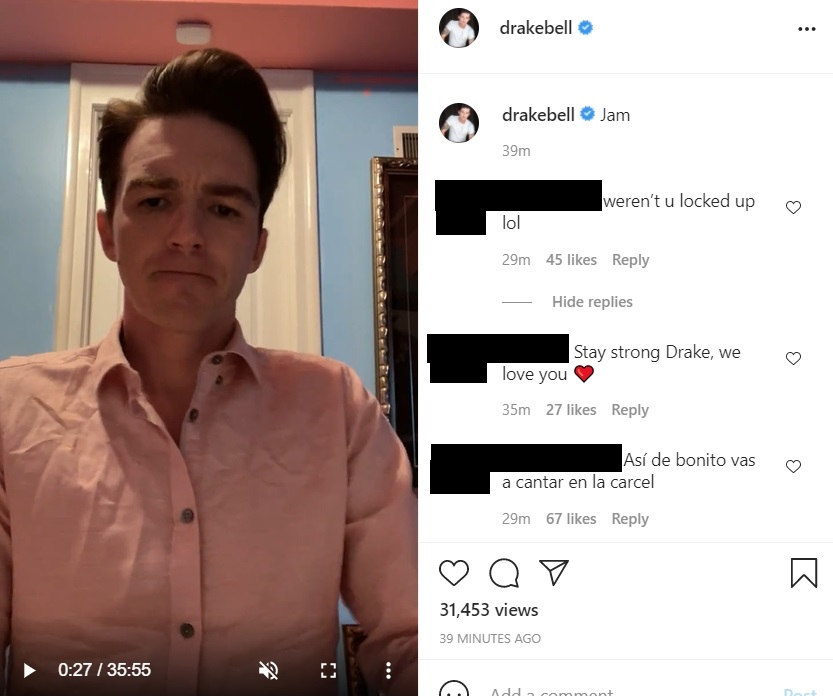 “La noticia de los menores es cierta?” wrote one person in a Spanish-language comment which asked, in translation, if the news about the “minors” was true.  (The charges appeared to involve only one minor.)

“Así de bonito vas a cantar en la carcel,” wrote another to the effect that Bell was going to sing beautifully in jail. 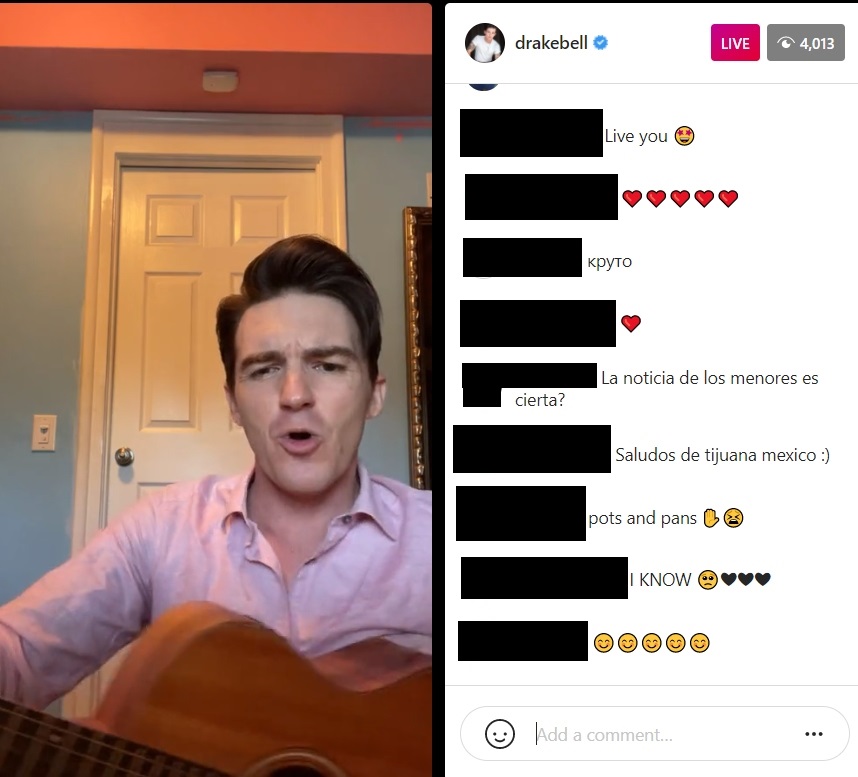 Bell engaged in an inappropriate “relationship” with a teenage girl, authorities said earlier this month. The girl, then 15, attended a December 1, 2017 concert Bell held in Cleveland, investigators said.

“While there, Bell violated his duty of care and, in doing so, created a risk of harm to the victim,” prosecutor’s office spokesman Tyler Sinclair said in an email to Law&Crime earlier this month. “The investigation also revealed that months leading up to the concert, Bell sent the victim inappropriate social media messages.”

Sentencing is set for July 12 at noon. Bell did not immediately respond to a Law&Crime request for comment.