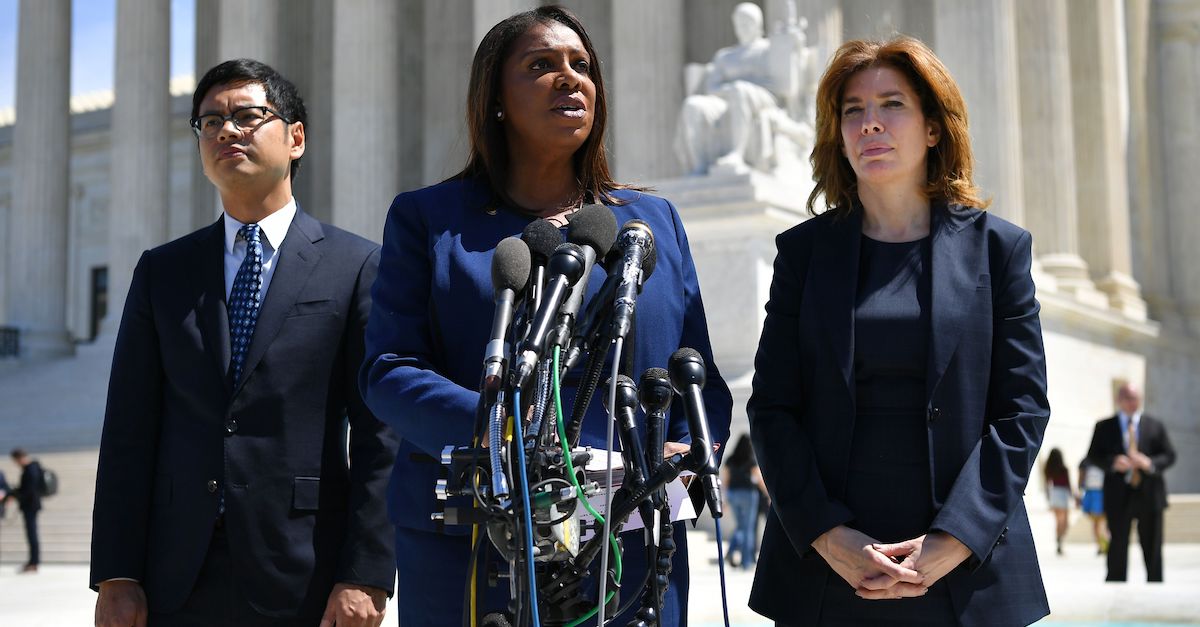 The offices of New York Attorney General Letitia James and New Jersey Attorney General Gurbir S. Grewal sued the Internal Revenue Service and Treasury Department on Monday over a rule that let certain tax exempt organizations omit the identities of donors from filing documents. The rule has often been criticized as a way of facilitating “dark money” groups.

“My office depends on these critical donor disclosure forms to be able to adequately oversee non-profit organizations in New York,” James in a statement. “Not only was this policy change made without notice, the Treasury and the IRS are now refusing to comply with the law to release information about the rationale for these changes. No one is above the law – not even the federal government – and we will use every tool to ensure they comply with these regulations to provide transparency and accountability.”

The short version of the AGs’ complaint is that the federal government changed the rules with no warning, and snubbed Freedom of Information Act (FOIA) requests for explanation as to why the new procedure was put in place. Now, plaintiffs demand the documents they allege have been withheld.

Here’s the slightly more detailed version. The fight stems over the origins of Revenue Procedure 2018-38. This lets tax exempt organizations NOT covered by § 501(c)(3) omit the names and addresses of contributors on Schedule B of their Forms 990 or 990-EZ, though they were still required to possess the information, and give it to the IRS when asked for tax administration purposes.

Plaintiffs complained that the rule was released without public notice or comment, and they filed FOIA requests to the IRS and Treasury to learn more about the administrative origins and development. They claim in their lawsuit that they got snubbed. The IRS “made a single partial production that contained fewer than 400 pages from one of seven categories of requested material,” said the complaint. Treasury allegedly didn’t respond at all. Now plaintiffs argue that the defendants violated FOIA by breaching the time limit under the law, not disclosing the requested documents, and by unlawfully withholding the information.

We’d be remiss if we didn’t mention the political optics surrounding this. Both James and Grewal are Democratic AGs. President Donald Trump recently criticized the NY AG’s office for investigating the National Rifle Association’s finances; it didn’t take long for James to fire back.