Michael Cohen: Jay Sekulow Knew I Was Lying to Congress About the Moscow Project 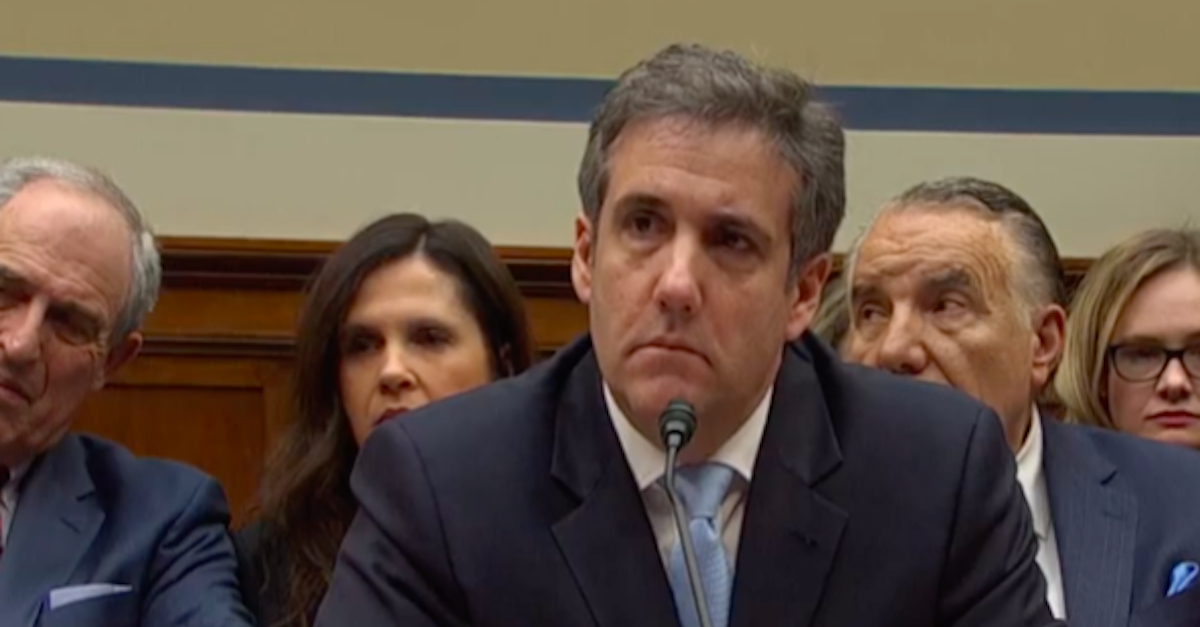 Cohen said that he and Sekulow collaborated on what he would tell Congress about when the Moscow Project ended. Cohen claims that it was agreed that Cohen would testify that the negotiations for the new Trump Tower ended in January 2016, before the Iowa caucus, and not to reveal that the negotiations actually ended in June 2016.

House Intelligence Committee chairman Rep. Adam Schiff (D-Calif.) asked the following Cohen: “Just to be perfectly clear about this, the statement about the Trump Tower negotiations ending in January that was part of your original draft was false, and Mr. Sekulow knew that it was false?” Cohen said in response, “Yes, sir.”

This is significant for a couple of reasons: 1) suborning perjury is a crime; 2) if true, you have to wonder how Sekulow–the president’s lawyer–knew this was false, and why he nonetheless recommended this course of action.

Attorneys for Sekulow, Jane Raskin and Patrick Strawbridge, put out a statement that denied the claims Cohen made in his testimony.

“Michael Cohen’s alleged statements are more of the same from him and confirm the observations of prosecutors in the Southern District of New York that Cohen’s ‘instinct to blame others is strong,” they said. “That this or any Committee would rely on the word of Michael Cohen for any purpose — much less to try and pierce the attorney-client privilege and discover confidential communications of four respected lawyers — defies logic, well-established law and common sense.”

President Donald Trump‘s attorney Rudy Giuliani took to Twitter to defend Sekulow. Giuliani said that Sekulow is “one of the very most ethical lawyers and honest men I have ever known” and that “Cohen should be prosecuted for his blatant perjury before the House committee.”

Jay Sekulow is one of the very most ethical lawyers and honest men I have ever known. Michael Cohen is a serial liar. Cohen should be prosecuted for his blatant perjury before the House committee. Jay should receive the most effective and ethical lawyer of the year award.

The false statements that Cohen gave to Congress about the Moscow project was covered in The Mueller Report on pages 139-141:

The Mueller report also said that “based on the drafts that were released through this Office’s filter process, it appears that the substance of the four principal false statements described above were contained in an early draft prepared by Cohen and his counsel.” Cohen identified that counsel here as Sekulow.