Theodore Roosevelt for the Defense: The Courtroom Battle to Save His Legacy on Sa | Law & Crime 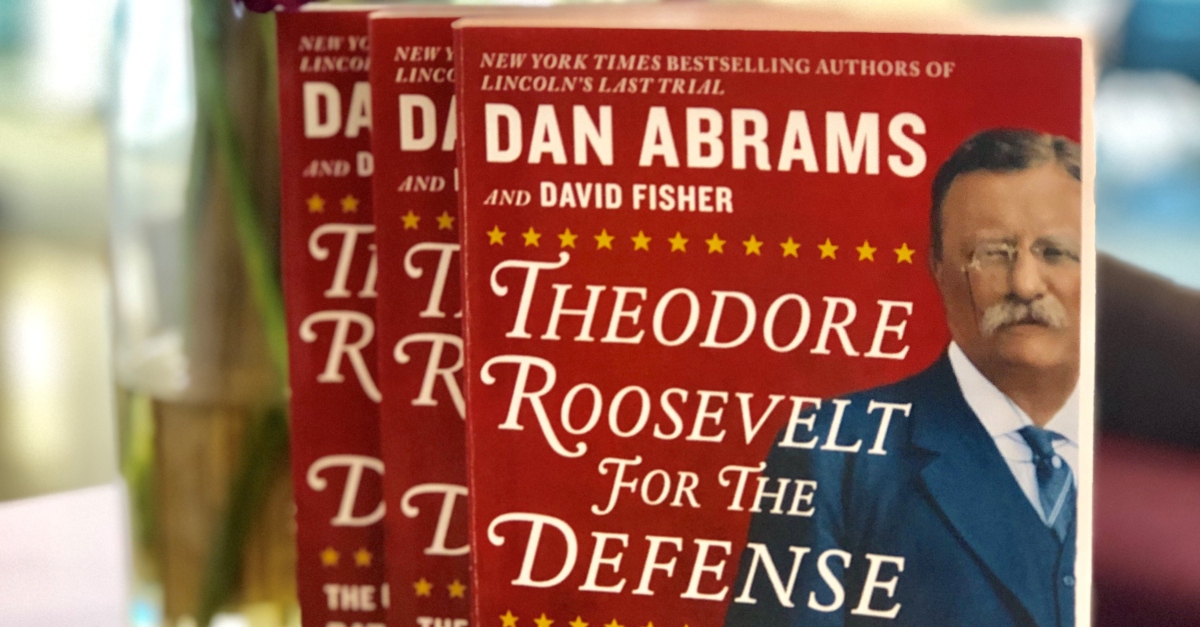 What does it mean to fight for a legacy? New York Times bestselling authors Dan Abrams and David Fisher take you back over 100 years ago when former President Theodore Roosevelt is facing a libel lawsuit that seemed poised to make or break his reputation.

The United States is in the middle of a fraught political climate. Our country is linked to armed conflict worldwide. There’s a temperamental former POTUS known for knocking heads with the media. We’re not talking about 2019. We’re talking about 1915.

Roosevelt was being sued by his former friend, Republican party leader Williams Barnes. For both men, this was a fight for reputation. Roosevelt, after all, accused Barnes of political corruption. Barnes, in turn, sued for such a high amount that it would’ve financially ruined the Rough Rider.

“No more dramatic courtroom scene has ever been enacted,” reported the Syracuse Herald on May 22, 1915. Over 50 newspapers covered the trial. Of course they did. Roosevelt testified for over a week. It’s not every day a president takes the stand in his defense.

Theodore Roosevelt for the Defense: The Courtroom Battle to Save His Legacy is available now. You can order on Amazon, Apple Books, Barnes & Noble, Google Play, Kobo, Books-A-Million, Indiebound, Indigo, Target, and Walmart.