Lori Loughlin and Her Husband Stick to the Plan, Plead Not Guilty to Latest Charges

Legal experts agree that the latest charges against Lori Loughlin, Mossimo Giannulli and other parents in the college admission scandal are an attempt by prosecutors to wield the overwhelming power of the federal government and strong-arm defendants into just pleading guilty already. Loughlin and Giannulli — even if they are privately dismayed and on edge, and even if the circumstantial evidence against them is strong — aren’t taking the bait.

The wealthy and famous defendants pleaded not guilty on Friday to the new charges of federal programs bribery, signaling that they will continue to stick to the plan, namely: beat the charges in court. 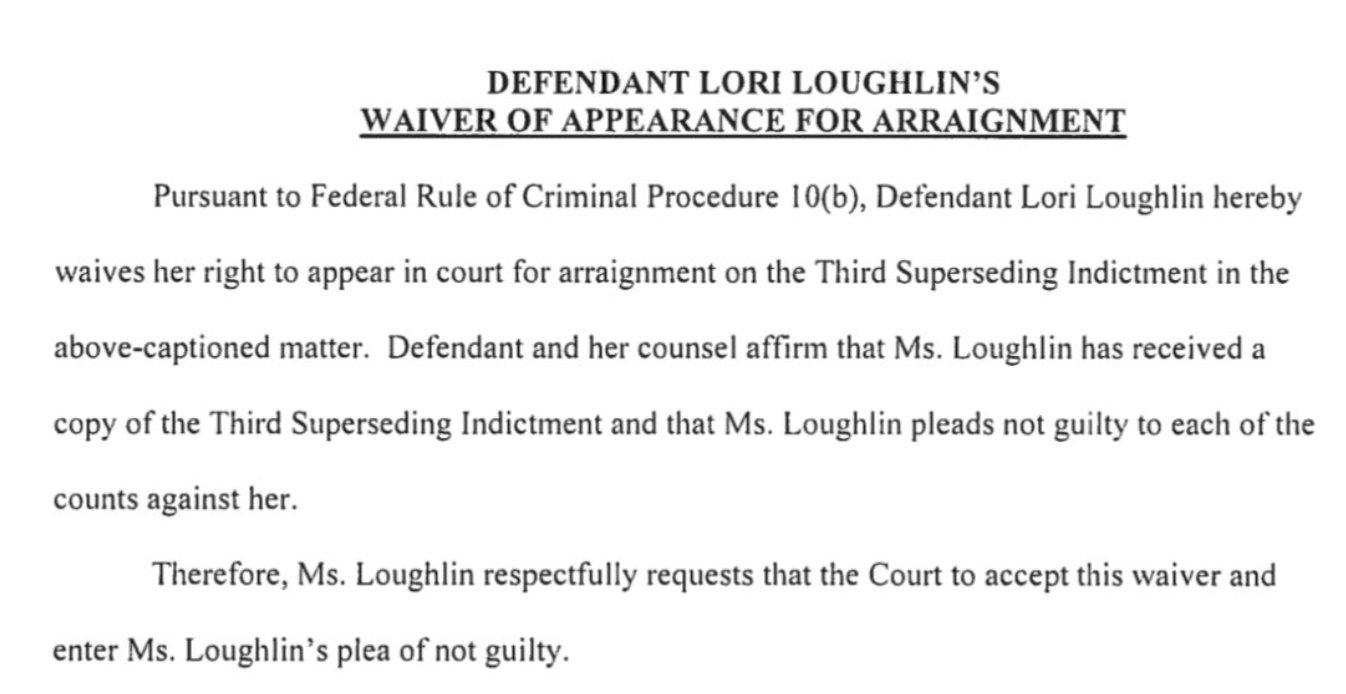 Loughlin and Giannulli are accused of creating fake rowing profiles to get their daughters Isabella Giannulli and Olivia Jade Giannulli into USC, “agree[ing] to pay bribes totaling $500,000 in exchange for having their two daughters designated as recruits to the [University of Southern California (USC)] crew team–despite the fact that they did not participate in crew.” It is now confirmed that the couple’s daughters are no longer enrolled at USC.

Isabella and Olivia Jade may have no choice but to play a role in their parents’ trial, if one occurs. As former federal prosecutor Neama Rahmani told Law&Crime before, the defendants’ daughters may be called as witnesses even if they ultimately aren’t charged in the case.

“Loughlin and Giannulli share the same law firm, and I expect their attorneys to argue that they too were victimized by Rick Singer, because they thought they were making legitimate donations to USC,” Rahmani said. “That may be a tough argument for the jury to believe, however, especially when there is evidence that Loughlin and Giannulli doctored photos and helped their daughters submit fraudulent admissions applications.”

“Evidence seems to show that Loughlin and Giannulli’s daughters were aware of the fraudulent conspiracy, participate in it willingly, and acted to advance the conspiracy,” he added. “If the parents go to trial, they also leave their children open to criminal liability charges.”

Prosecutors have already been accused of overreaching by tacking on more charges to induce a guilty plea, so it’s led some to speculate that the government threatening Olivia Jade and Isabella with charges would not be off limits.

They have pleaded not guilty to all of them.