‘This Is a Classic Form of a Shake-Down’: Lawyers React to New Bribery Charges Against Lori Loughlin 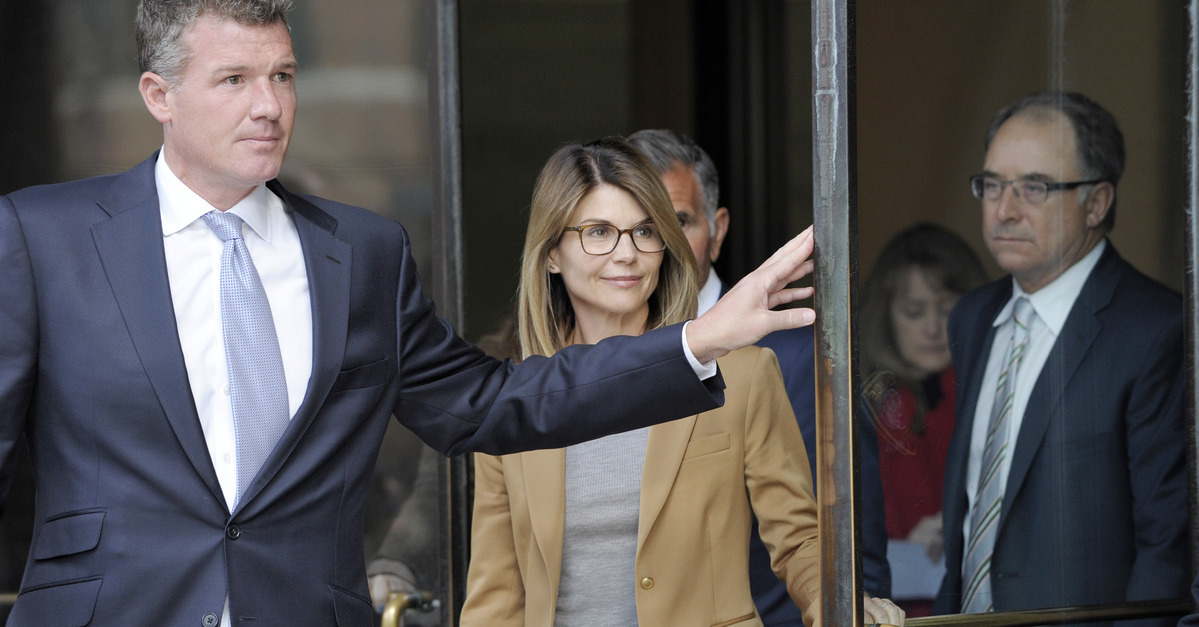 On Tuesday, federal prosecutors operating out of the U.S. Attorney’s Office for the District of Massachusetts filed a 61-page superseding indictment which charged 11 individuals with additional crimes over their alleged unlawful efforts to obtain select college placements for their less-than-accomplished children through a conspiracy operated by The Key Worldwide Foundation’s William “Rick” Singer.

In a press release, the U.S. Department of Justice accused the wealthy duo of conspiring “to commit federal program bribery by bribing employees of the University of Southern California (USC) to facilitate their children’s admission. In exchange for the bribes, employees of the university allegedly designated the defendants’ children as athletic recruits – with little or no regard for their athletic abilities – or as members of other favored admissions categories.”

Legal experts were keen to comment on the latest charges.

Criminal defense attorney Lara Yeretsian, who has previously represented celebrity defendants like Michael Jackson and Scott Peterson, savaged the move as an attempt to “strong arm” the defendants-parents into pleading guilty. (Yeretsian once penned a column for Law&Crime.)

“This is a classic form of a shake-down,” Yeretsian said in an email to Law&Crime. “Prosecutors always have this in their bag of tricks as a way to pressure defendants to plead. It’s like adding more and more weight to a weight lifter’s bar until they buckle. Even if they’re innocent, defendants will buckle because they’re afraid of a potentially higher sentence.”

“The bottom line is it’s the same set of facts as before, nothing has changed,” Yeretsian continued. “Why should a defendant like Lori Loughlin who wants to take their time or who truly believes they’re innocent be penalized for exercising their constitutional rights? Unless there are new facts, prosecutors should not abuse their power by bulking up the charges.”

The criminal defense expert also implored the court to see through the prosecution’s recent raft of new additional charges.

“The judge should not be swayed by the prosecution’s actions,” Yeretsian said. “The case hasn’t changed just because more counts have been added. Although each case is unique in the federal system, I anticipate fairly similar sentences for most of the parents in the college admissions scandal. The judge will most likely stay close to Judge Talwani’s sentencing range in an effort to avoid the appearance of disparity in sentencing and a possible challenge on appeal.”

Julie Rendelman is a former prosecutor and currently a defense attorney working in New York City. She also serves as a host on the Law&Crime Network. In an email, she echoed the notion that this additional indictment was to be expected.

“It’s of no surprise to those who practice criminal law, that as Loughlin’s case nears trial, the prosecutor is tacking on additional crimes to one, better secure a conviction, and two, potentially expose Loughlin and others to harsher potential punishments if they are found guilty after trial,” Rendelman noted.

“This is just getting asinine,” he wrote. “The DOJ lawyers pulling this ought to get a grip and quit trying to make their bones on this penny ante bunk. What a pathetic joke.”

The Arizona-based attorney cautioned against cheering the charges–arguing they simply do not portend well for basic notions of liberty:

And this is classic “upping the ante” abusive prosecutorial conduct because one defendant decided to exercise their right to trial while others pleaded out. It does not matter whether you sympathize with Lori Loughlin or not, you should recoil in horror from this latest DOJ play.