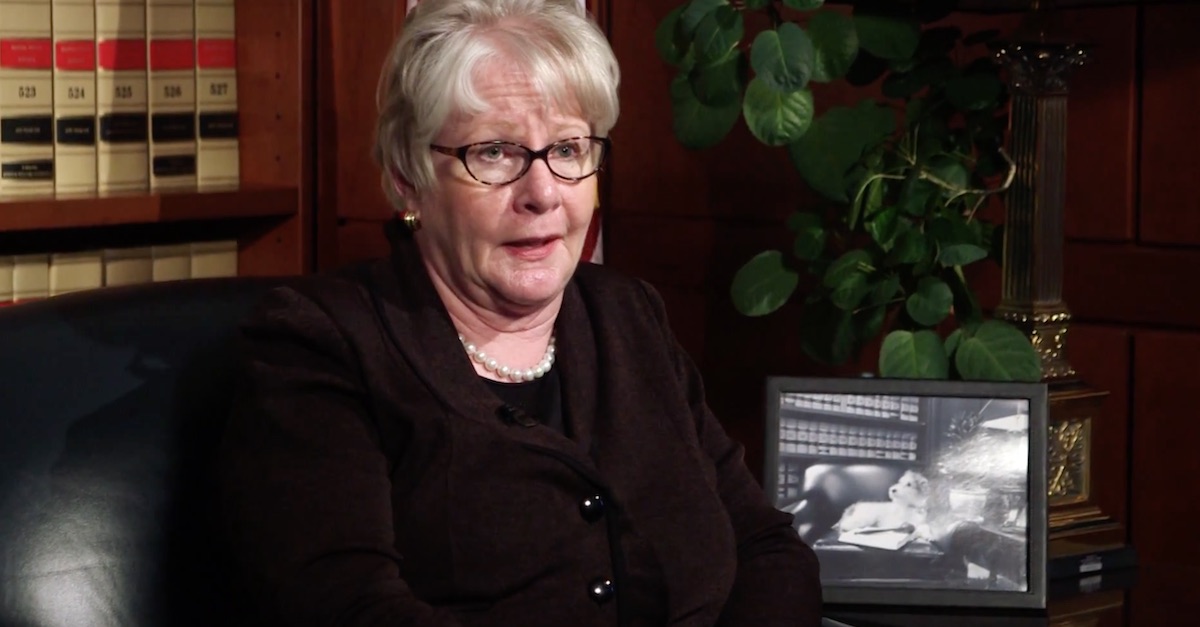 A chief federal judge issued a dire warning about the state of the nation’s federal court system due to the overwhelming number of unfilled judicial seats.

In a letter dated Tuesday October 29, Virginia A. Phillips, the Chief United States Judge of the Central District of California, pleaded for White House Counsel Pat Cipollone, and Sens. Linsey Graham (R-S.C.), Dianne Feinstein (D-Calif.) and Kamala Harris (D-Calif.) to act before the already untenable situation gets even worse.

“As Chief Judge of the Central District of California, one of the largest and busiest federal trial courts in the United States, I write to you about a crisis of unprecedented magnitude. Nearly one-third of our authorized judgeships sit vacant; some have been vacant for over five years,” Phillips wrote. “I implore the Senate to act on the nominations of the six men and women nominated for district judgeships here, the President to nominate candidates to till the three additional vacancies, and the Senate again, to act on those nominations without delay.”

Despite the Judicial Council of the United States having “repeatedly recommended” that additional judicial positions be created to combat the volume of cases filed in her district, the number of judges in Phillips’s district has decreased while the caseload continues to increase. According to Phillips, active judges in her district are forced to preside over nearly twice as many cases as the national average, a fact that becomes more alarming as an increasing number of judges become eligible for retirement.

“If all of them chose to retire, only eleven active judges would remain, putting at grave risk our Court’s ability to serve the millions of people in the Central District,” she wrote.

Phillips, a Bill Clinton appointee, was clear that her warning was not motivated by political ideology or judicial philosophy preferences, but was rather a straightforward assessment that the status quo is unsustainable.

“Neither I nor anyone on our court intends to endorse a specific nominee or to encroach on the Senate’s constitutional role of advice and consent. Rather, I write to draw your attention to the grave danger these vacancies pose to our Court’s ability to serve justice in a timely and judicious manner,” she concluded.

Phillips Letter by Law&Crime on Scribd